The emblem's design embodies the vision of an event that connects and engages the entire world, while also featuring striking elements of local and regional Arab culture and allusions to the beautiful game. 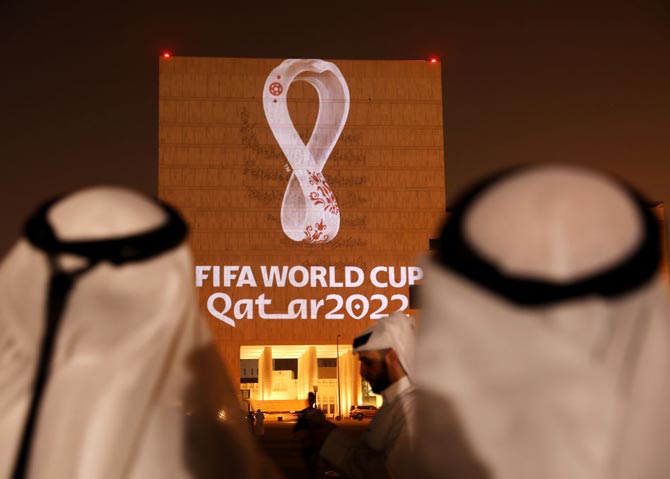 The Official Emblem of the 22nd edition of the FIFA World Cup was unveiled on Tuesday as FIFA and host country Qatar reached another major milestone on the road to the world's greatest football showpiece.

The official unveiling took place in Doha, with thousands of spectators witnessing the synchronised projection of the emblem onto a number of the country's most iconic buildings, including Burj Doha, Katara Cultural Village Amphitheatre, Ministry of Interior, Souq Waqif and Msheireb and Al Zubarah Fort, a UNESCO World Heritage site.

A number of major cities around the world are also celebrating the milestone, with images of the emblem seen on renowned locations and outdoor billboards in prominent public spaces. 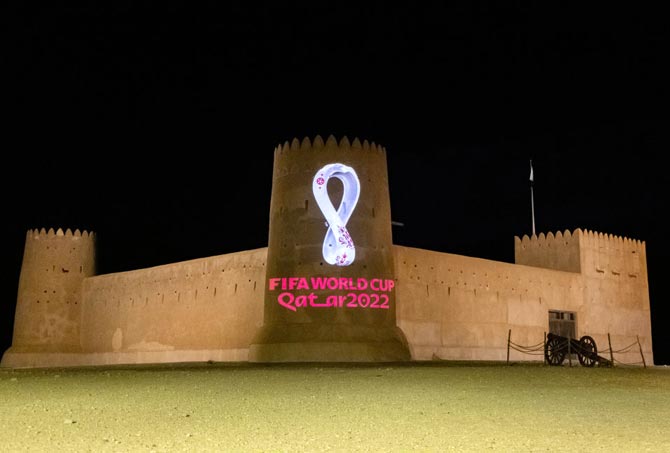 The emblem's design embodies the vision of an event that connects and engages the entire world, while also featuring striking elements of local and regional Arab culture and allusions to the beautiful game.

The swooping curves of the emblem represent the undulations of desert dunes and the unbroken loop depicts both the number eight -- a reminder of the eight astonishing stadiums that will host matches -- and the infinity symbol, reflecting the interconnected nature of the event. Besides echoing the shape of the iconic FIFA World Cup Trophy, the emblem's central form takes inspiration from a traditional woollen shawl. During winter months, shawls are worn around the world and in the Arab and Gulf region in particular by a variety of people and in various styles. 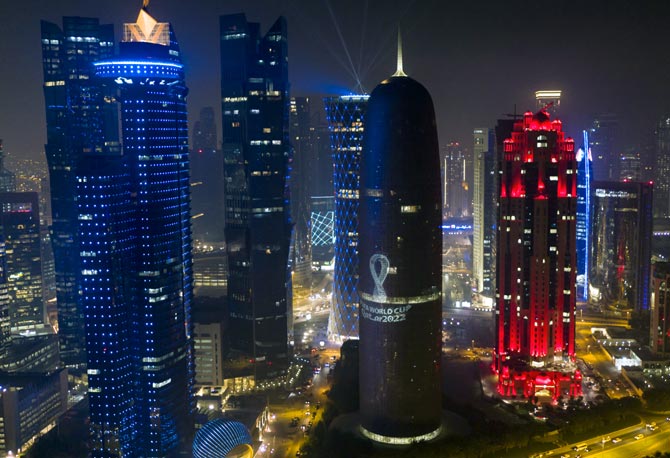 The intricate embroidered detail that often adorns shawls in the Arab world is featured and takes inspiration from various cultures across Asia, celebrating the continent's second hosting of a FIFA World Cup tournament and Qatar's diverse population. The regionally inspired winter garment also alludes to the tournament's start dates and the fact that it will be the first FIFA World Cup to be played in November and December.

The new typeface created to accompany the emblem reimagines traditional Arabic calligraphy in a new, contemporary font, taking inspiration from the region and Asia, and fusing tradition with modernity. 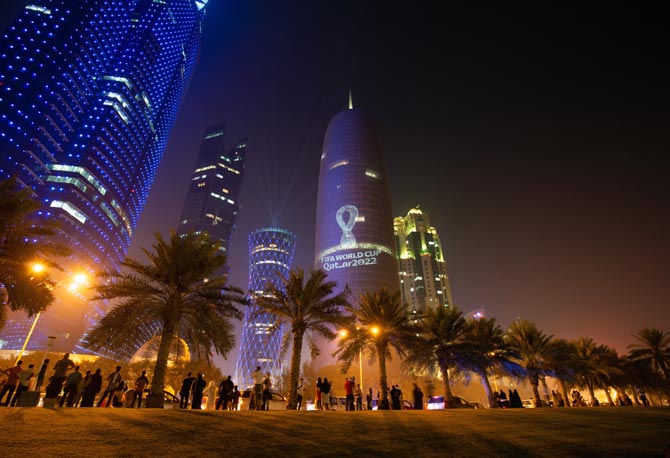 The emblem is just one example of the bold, modern tournament designs that will be revealed in the run-up to the FIFA World Cup Qatar 2022.

The striking Al Janoub Stadium -- modelled after the traditional dhow boat used in the region and the second venue to be ready -- hosted its first match in May this year and demonstrates the host country's grand vision to create iconic designs. The remaining six venues are scheduled to be completed before the end of 2020, including the spectacular fanar lantern‑inspired Lusail Stadium, which will host the opening match on 21 November, as well as the final on 18 December 2022. 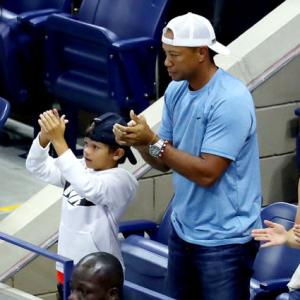 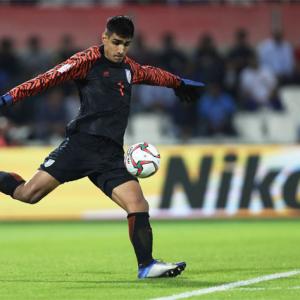 WC qualifiers: 'Have to play fearlessly to beat Oman'