Images from Day 10 of Wimbledon at the All England Lawn Tennis and Croquet Club in London, on Thursday. 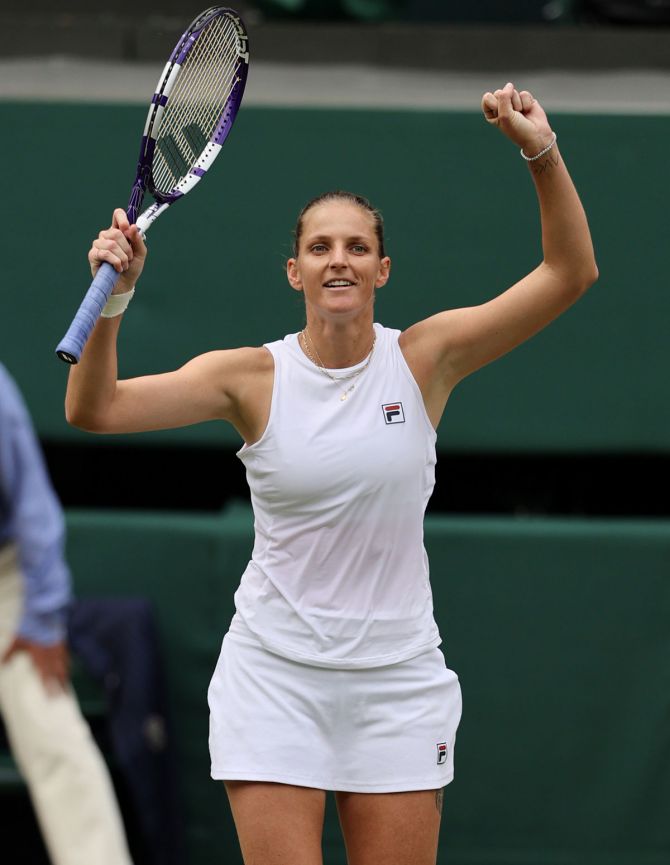 Former world number one Karolina Pliskova reached her maiden Wimbledon final after coming back from a set down to beat second seed Aryna Sabalenka of Belarus 5-7, 6-4, 6-4 on Thursday.

The Czech goes into Saturday's final looking to capture her first Grand Slam title, having only ever reached one other final when she finished runner-up to Angelique Kerber at the 2016 US Open.

Pliskova will face another Wimbledon final debutant in world number one Ash Barty, who beat Kerber earlier on Thursday.

The 29-year-old Pliskova found it hard going against Sabalenka, the first seeded player she had faced in this year's tournament, and it showed as she dropped her first set on the only break point she faced with a double fault. 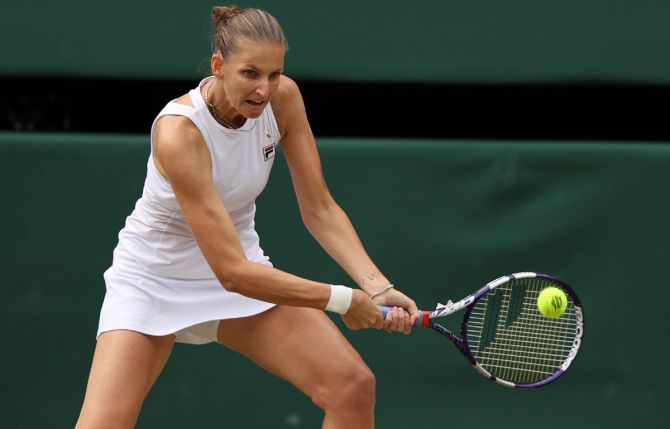 She made inroads on Sabalenka's booming serve, which reached speeds of 193 kilometres per hour, to clinch a break to love midway through the second set from which she served out to level the match.

The 23-year-old Sabalenka, playing in her first major semi-final, struggled for consistency, sending down 18 aces in the match but making 20 unforced errors including one to give up an early break in the first game of the deciding set.

Although the Belarusian rallied, Pliskova never looked in any danger, rarely breaking a sweat on her own serve as she booked her place in Saturday's showpiece with an ace. 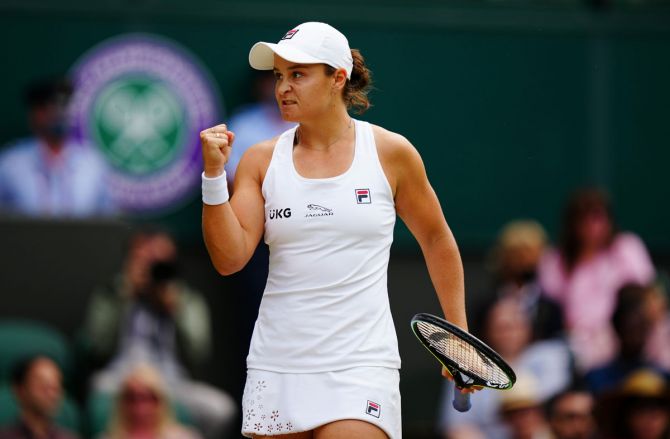 The 25-year-old will now aim to emulate Evonne Goolagong who won the second of her two Wimbledon crowns in 1980.

After saving a break point in a nervy opening game on a sunny Centre Court, world number one Barty was supreme in the first set as her all-court game flowed on the grass. 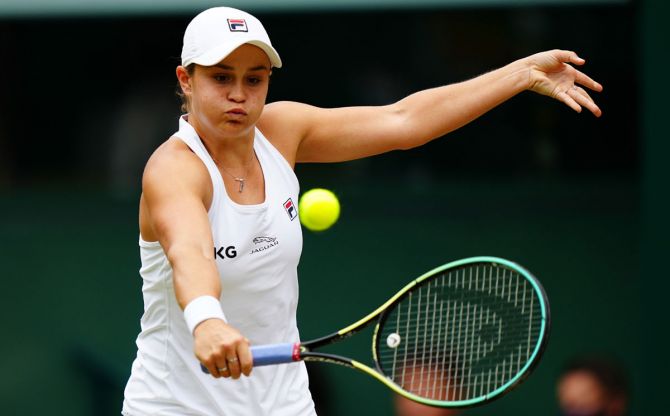 The 33-year-old Kerber used all her experience on the surface to hit back in the second set and looked poised to take it into a decider when serving at 5-3.

But Barty got back in the groove and broke to love.

Kerber's game went off in the tiebreak and Barty surged into a 6-0 lead and despite missing out on three match points she was never going to let her opportunity slip.

A netted backhand from Kerber sent Barty through to her second Grand Slam final, having won the French Open in 2019.

She will face Karolina Pliskova or second seed Aryna Sabalenka in Saturday's showpiece -- the first time since 1977 that both finalists are in their maiden Wimbledon final.