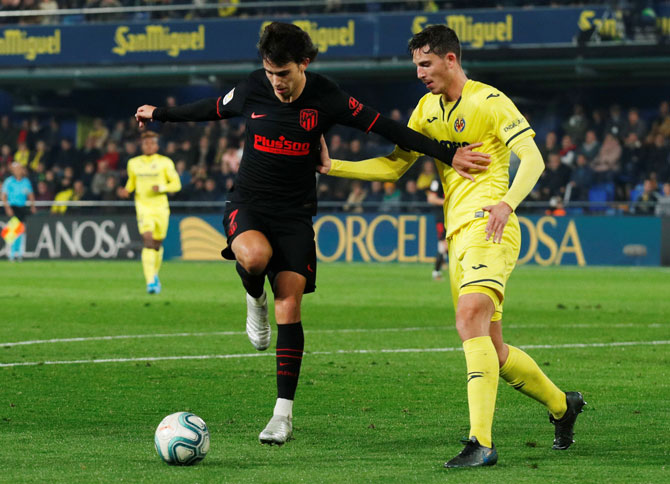 Atletico Madrid's problems deepened as they were held to a 0-0 draw at Villarreal in La Liga on Friday, stretching their winless run to four games in all competitions and further denting their hopes of getting back in the title race.

Atletico, who have failed to win at Villarreal since April 2015, are sixth in the table on 26 points from 16 games, five behind leaders Barcelona who have two games in hand.

Atleti's 126 million euro (108.24 million pounds) signing Joao Felix failed to convert any of his six chances, including a glaring miss in the first half where he was unmarked in the box but somehow sent the ball over the bar from close range.

Atletico drew a blank in a 1-0 defeat at home to Barcelona in La Liga and in losing by the same scoreline at Juventus in the Champions League in their previous two games and coach Diego Simeone said the poor results are affecting his players.

"It's normal (that) when you are not getting results and are creating lots of chances but not finishing them off you start to feel anxious," he told reporters.

The fixture had been pencilled in as the first Liga game to take place in the United States but was instead played at Villarreal's home after the league's organising body lost a legal battle with the Spanish soccer federation.

Villarreal played the more exciting football and also had several chances to break the deadlock, the best of which fell to Samuel Chukwueze who missed the target from inside the area.

Simeone's side began the season by winning their opening three games but have only managed to pick up two victories in their last 10 league games, form which seriously endangers their status as Spain's third force behind Barca and Real.

"The team kept on trying today but recently we are having no luck in front of goal," said Atletico midfielder Koke.

"You win matches by scoring and recently we have been finding it far harder than usual.

"We all need to reset ourselves and take a step forward so we can turn this situation around."

Villarreal, without a win in six league games, are 12th on 19 points. 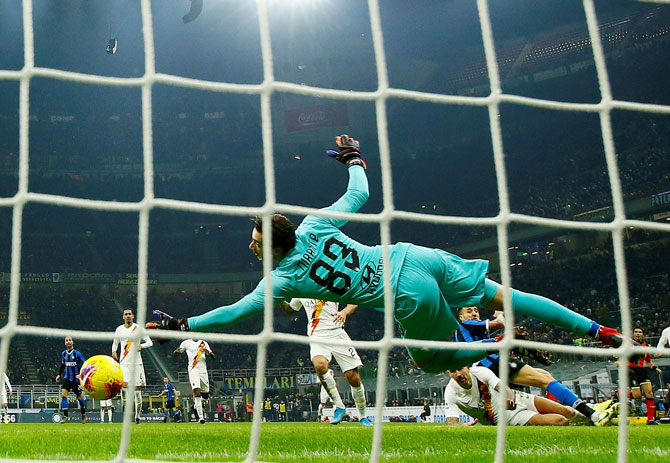 Serie A leaders Inter Milan failed to score for the first time this season as they were held to a 0-0 draw by AS Roma at San Siro on Friday, giving rivals Juventus a chance to go back to the head of the table.

The result put Inter on 38 points from 15 games, two clear of Juve who can reclaim top spot with a win at third-placed Lazio on Saturday. Lazio have 30 points, one ahead of Roma in fourth.

Before Friday's match, Inter had scored at least one goal in each of their 19 matches since Antonio Conte replaced Luciano Spalletti as coach.

The build-up to the game was overshadowed when the Corriere dello Sport newspaper used the words "Black Friday" to describe the clash of Inter forward Romelu Lukaku and Roma defender Chris Smalling, with a front page photo of the two black players.

Lukaku described the headline as the dumbest he had ever seen.

"These are the games where you have to score goals because we had the chances and we forced them to make errors with our pressure and the runs from midfield," said Conte.

"We could have been more determined in front of goal and we would have brought home the three points."

Inter were handed an early present when Jordan Veretout's backpass was intercepted by Lukaku but the Belgian international's shot was saved by Antonio Mirante.

Roma pressed the self-destruct button twice just before halftime when Diego Perotti gave the ball away to Matias Vecino who failed to take advantage and then Mirante passed to Lukaku on the edge of the area, a chance which was also squandered.

In between, Roma's Nicolo Zaniolo tested Samir Handanovic in one of their few genuine chances.

Mirante also produced a fine fingertip save early in the second to keep out another Vecino effort.

Late in the game, Lautaro Martinez failed to make proper contact with Vecino's inviting pass into the area and Gianluca Mancini was able to clear the danger for Roma.

"We made some wrong choices in the final third of the field but we played well," said Roma coach Paulo Fonseca. "There were some moments where we were in complete control of the match.

"We tried to play without fear. We made some mistakes but I want courage." 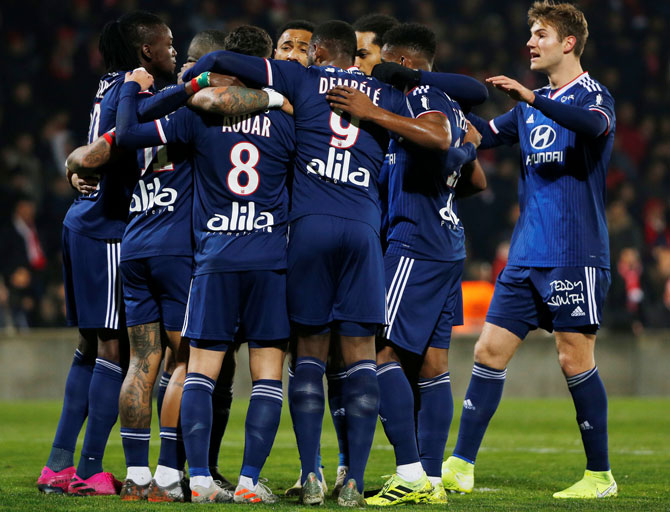 Olympique Lyonnais made the most of Nimes having two players sent off in the first half as they thrashed Ligue 1's bottom side 4-0 away to climb to fifth in the standings on Friday.

Nimes midfielder Theo Valls was shown a straight red card when the game was barely four minutes old for a studs up challenge on teenager Maxence Caqueret and Memphis Depay put Lyon ahead in the 16th minute with a 'Panenka' penalty.

The home side's problems worsened when Gaetan Paquiez earned two bookings within three minutes to leave Nimes with nine men in the 40th minute and Dutch international Depay doubled Lyon's lead in the 64th with a superb low strike from distance.

Houssem Aouar's deflected strike and a long-range effort by Joachim Andersen completed the rout to leave Lyon on 25 points after 17 games, level with sixth-placed St Etienne who are in action at Stade Reims on Sunday. Nimes are 20th on 12 points.

© Copyright 2020 Reuters Limited. All rights reserved. Republication or redistribution of Reuters content, including by framing or similar means, is expressly prohibited without the prior written consent of Reuters. Reuters shall not be liable for any errors or delays in the content, or for any actions taken in reliance thereon.
Related News: AS Roma, Villarreal, Lyon, Atletico Madrid, Antonio Mirante
SHARE THIS STORYCOMMENT
Print this article