South African Paralympic gold medallist Oscar Pistorius has been moved to a prison better suited to his rehabilitation while serving a six year jail term for murdering his girlfriend, a prison service spokesman said on Monday. Pistorius has been moved to the Atteridgeville correctional centre, on the outskirts of the capital Pretoria, from the nearby Kgosi Mampuru remand centre.

"The issue is about access to rehabilitation programmes," department for correctional services spokesman Manelisi Wolela said.

The athlete, known as the Blade Runner for his carbon-fibre prosthetics, was treated for wrist injuries in August but prison services said he denied trying to kill himself.

Pistorius was sentenced to six years in prison in July after being found guilty of murdering his girlfriend Reeva Steenkamp on appeal last December.

The track star originally received a five-year sentence for a manslaughter conviction, that was upgraded to murder on appeal.

State prosecutors are challenging Pistorius' latest six year sentence, arguing it was too lenient as it was less than half the 15-years they sought.

Pistorius says he shot dead Steenkamp by accident after mistaking her for an intruder in his house.

© Copyright 2021 Reuters Limited. All rights reserved. Republication or redistribution of Reuters content, including by framing or similar means, is expressly prohibited without the prior written consent of Reuters. Reuters shall not be liable for any errors or delays in the content, or for any actions taken in reliance thereon.
Related News: Oscar Pistorius, Reeva Steenkamp, Pretoria High Court, Blade Runner, Manelisi Wolela
SHARE THIS STORYCOMMENT
Print this article 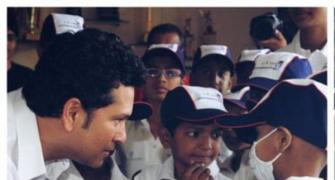 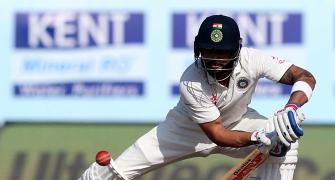 When KP was mistaken for alleged match-fixer Alviro Petersen