Ronaldo netted his 14th league goal for Juve this season while PSG's winning streak was snapped by Monaco in a 3-3 draw. Here are images from the matches played on Sunday Cristiano Ronaldo continued his superb scoring form as Juventus won 2-1 away to AS Roma on Sunday and moved two points clear at the top of Serie A.

Merih Demiral put the Italian champions ahead early on before Ronaldo fired home a penalty to double their advantage with just 10 minutes played.

It was Ronaldo’s 14th league goal of the season and his ninth in the last six Serie A appearances.

Things got worse for Roma towards the end of the first half when winger Nicolo Zaniolo was taken off in tears on a stretcher, and the club confirmed at full-time that the 20-year-old has ruptured the anterior cruciate ligament in his right knee.

The hosts pulled one back on 68 minutes through a Diego Perotti penalty, before Juve substitute Gonzalo Higuain had a late strike ruled out for offside.

The result leaves Juventus on 48 points at the top of the table at the midway stage of the season, two ahead of Inter Milan, while Roma are fifth on 35 points.

“We played well for a good 60 minutes, and suffering at the Stadio Olimpico against Roma is almost inevitable,” Juventus coach Maurizio Sarri told Sky Sport Italia.

“What I did not like is that we tried to sit on our lead rather than increase it, as three times we had three-against-one counter-attacks and didn’t finish them off."

Juve were in front after three minutes when Demiral volleyed home a Paulo Dybala delivery.

Dybala then robbed Roma midfielder Jordan Veretout of possession before being hauled down inside the box to earn his side a penalty, which Ronaldo dispatched to give the visitors a dream start.

Juve lost Demiral to injury after 17 minutes, but there were graver concerns for Zaniolo as he was carted off the pitch. Roma confirmed after full-time that the Italy international will undergo surgery on Monday after rupturing the ACL in his right knee, along with damaging the meniscus.

“This is a bad moment and now Nicolo has to focus only on recovering as quickly as possible," Roma coach Paulo Fonseca told Sky Sport Italia.

"We are sad, but tomorrow is another day."

Edin Dzeko fired a shot off the post midway through the second half before sending a cross to Cengiz Under, whose header was blocked by Juve defender Alex Sandro.

The Brazilian was adjudged to have handled following a Video Assistant Referee (VAR) review, and Perotti sent Wojciech Szczesny the wrong way from 12 yards.

There were late chances at both ends as Ronaldo headed wide from a good position, before Roma midfielder Lorenzo Pellegrini lashed over inside the box.

Earlier, Hellas Verona came from behind to beat Genoa 2-1 and rise to eighth in the standings on 25 points, leaving the relegation battling visitors stranded in 18th place with 14 points. IMAGE: Paris St Germain's Neymar celebrates after scoring their third goal from the penalty spot during their Ligue 1 match against AS Monaco at Parc des Princes in Paris on Sunday. Photograph: Gonzalo Fuentes/Reuters

Paris St Germain's defensive shortcomings were exposed as Monaco snapped the champions' Ligue 1 winning streak in a thrilling 3-3 draw at the Parc des Princes on Sunday.

Neymar opened the scoring for the leaders, but Monaco, who were playing their first Ligue 1 game under new coach Robert Moreno, hit back with goals from Gelson Martins and Wissam Ben Yedder.

PSG levelled with an own goal from Fode Ballo-Toure and Neymar netted his second to put them ahead, before substitute Islam Slimani grabbed a point for the visitors.

The result left PSG on 46 points from 19 games, five ahead of second-placed Olympique de Marseille, who have played a game more. Monaco are eighth on 29 points having also played 19 games.

PSG, who had won their six previous league games, and Monaco will play again at the Louis II stadium on Wednesday.

Nantes climbed up to fourth on 32 points thanks to a 2-0 win at St Etienne.

Thomas Tuchel's PSG side relied on Neymar's sterling display but Kylian Mbappe, Mauro Icardi and Angel Di Maria had a night to forget as did the hosts' defence.

Neymar fired home from close range after being set up by Marco Verratti's through-ball in the third minute to get the hosts off to a perfect start.

The Brazilian has now scored in his last seven games for PSG.

Cesc Fabregas flicked the ball into the path of Ben Yedder, who was brought down by Keylor Navas, only for Martins to collect the loose ball and score into an empty net after seven minutes.

Monaco took the lead in the 12th when the league's top scorer Ben Yedder beat Navas with a low angled shot from just inside the box at the end of a swift team move for his 14th goal of the campaign.

It was the first time since 2012 that PSG had conceded two goals in the opening 15 minutes in Ligue 1.

They levelled 12 minutes later, however, as Ballo-Toure deflected Neymar's attempt into his own goal.

Neymar was at it again four minutes before the break when he sent Benjamin Lecomte the wrong way to convert a penalty after Kylian Mbappe had been tripped by Martins.

PSG took fewer risks after the break but Slimani beat Navas from close range in the 70th minute after Marquinhos deflected Martins' attempt into his path.

The goal was initially ruled out for offside by referee Antony Gautier, but was awarded after a VAR review.

"We had a lot of chances, we tried everything," said Neymar.

"It was a good test and we could have won it."

Elsewhere, Lille coach Christophe Galtier was fuming at his team after they lost 1-0 at Dijon and were left in fifth place on 31 points.

"We're talking about collective goals but some players seem to have individual goals. They'll sit on the bench, period. They'll look at their own navel on the bench or in the stands," he told a news conference.

© Copyright 2022 Reuters Limited. All rights reserved. Republication or redistribution of Reuters content, including by framing or similar means, is expressly prohibited without the prior written consent of Reuters. Reuters shall not be liable for any errors or delays in the content, or for any actions taken in reliance thereon.
Related News: Paris St Germain, AS Roma, PSG, Cristiano Ronaldo, AS Monaco
COMMENT
Print this article 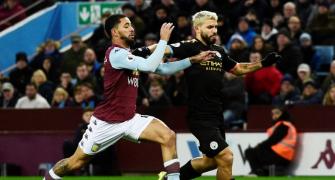 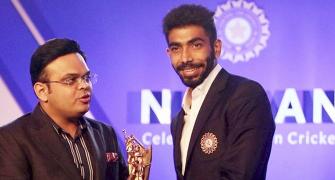 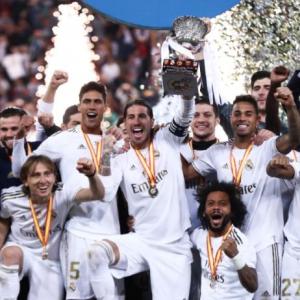