World No. 8 Andrey Rublev had failed to beat Fognini in three previous matches on hardcourts but hammered the Italian on Sunday to send Russia hurtling toward the trophy. IMAGE: Team Russia pose with the ATP Cup Trophy after defeating Italy in the 2021 final, at the Rod Laver Arena in Melbourne, on Sunday. Photograph: Graham Denholm/Getty Images

Daniil Medvedev enjoyed the perfect Australian Open preparation as he fired Russia to victory in the $7.5 million ATP Cup with a dominant 6-4, 6-2 win over Italy's Matteo Berrettini in Melbourne on Sunday.

With Andrey Rublev having thrashed Fabio Fognini 6-1, 6-2 in the opening singles, world number four Medvedev sealed the tie 2-0 at Rod Laver Arena as the rampaging Russians stormed to the title undefeated.

While outstanding in the first set, Medvedev reached another level in the second, outpointing world number 10 Berrettini with a procession of sparkling winners as he roared to a 5-1 lead.

Berrettini saved two match points and held serve to claw back a game, leaping in the air with an ironic celebration and a wry grin at his team mates. 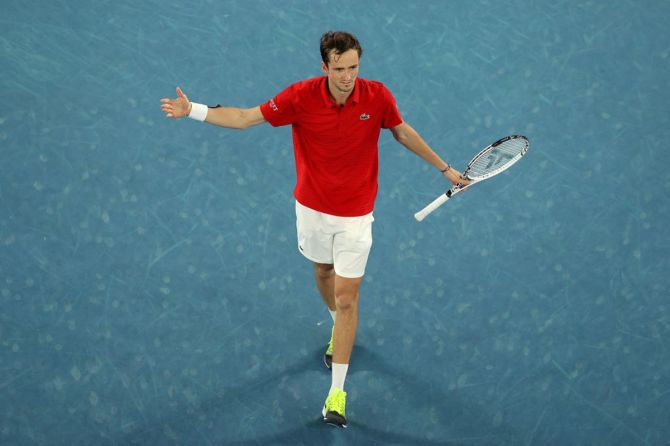 Medvedev let a third match point disappear in the following game but sealed it on the fourth with a huge serve down the 'T'.

Former US Open finalist Medvedev soaked up the applause from a small but appreciative crowd and congratulated Italy for having reached the final a year after they failed to advance from their group.

"I think I saw the most crowd out of all our four matches," the rangy 24-year-old said at the trophy celebration.

"Hopefully during the Australian Open it's going to be the same."

The Australian Open, the first Grand Slam of the year, starts on Monday with reduced attendance of 30,000 fans a day at Melbourne Park, around 50 percent lower than usual because of COVID-19 protocols.

Russia were the only team with two players ranked in the top 10, and it showed as they made short work of Japan, Argentina and Germany on the way to the final. 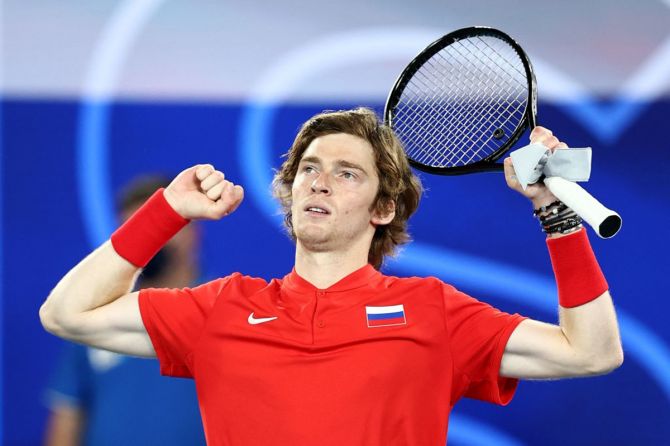 With Medvedev and Rublev winning their singles in the final, player-captain Evgeny Donskoy and Aslan Karatsev were not needed for the doubles tie.

World number eight Rublev had failed to beat Fognini in three previous matches on hardcourts but hammered the Italian on Sunday to send Russia hurtling toward the trophy.

He finished with a 4-0 record for the tournament, dropping only one set, in an outstanding support role.

Italy captain Vincenzo Santopadre joked that the final was a "disaster" but they were nonetheless thrilled with their week.

"It was something unbelievable to have these feelings, to make me feel these emotions so strongly, thanks guys," he said.

Berrettini, who was undefeated in singles heading into the final, said he was "actually very tired".

"We had a lot of fun, great tennis ... I hope you guys enjoyed this week because it was really nice to see you out there," he said to the fans.

"It's been a tough year and to see you guys there cheering for us is something that we should really appreciate."

© Copyright 2021 Reuters Limited. All rights reserved. Republication or redistribution of Reuters content, including by framing or similar means, is expressly prohibited without the prior written consent of Reuters. Reuters shall not be liable for any errors or delays in the content, or for any actions taken in reliance thereon.
Related News: Daniil Medvedev, Matteo Berrettini, Andrey Rublev, ATP, Fabio Fognini
SHARE THIS STORYCOMMENT
Print this article 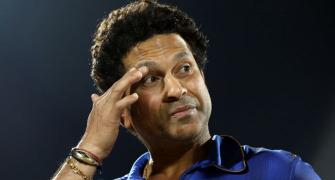 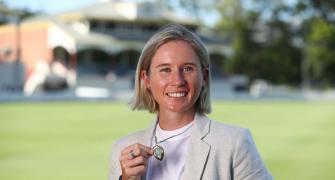 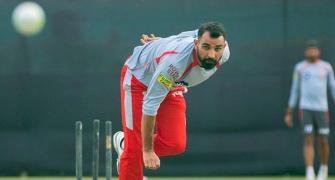 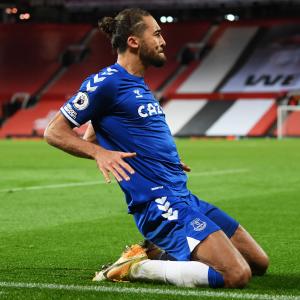