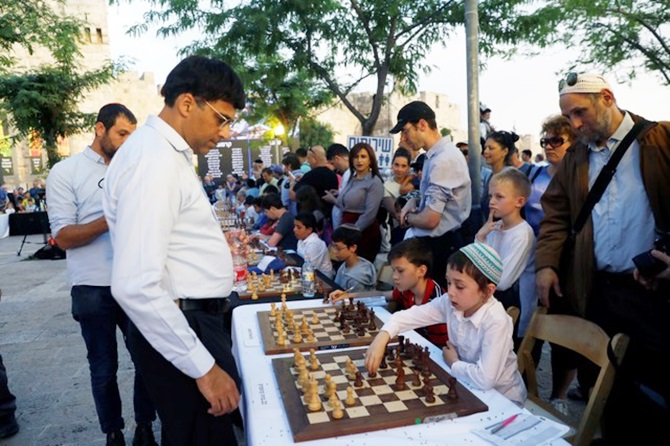 Anatoly Karpov and Viswanathan Anand, two former World champions, took on dozens of children and teenagers in simultaneous chess games in Jerusalem on Monday as hundreds of onlookers watched.

The two Grandmasters were visiting Israel as part of the Jewish state's 70th anniversary celebrations. 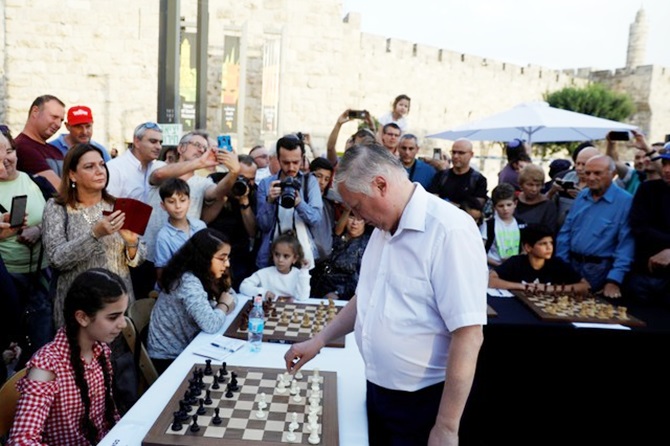 Karpov faced 25 opponents and Anand took on 29 players outdoors in the afternoon sunshine with Jerusalem's walled Old City as a backdrop.

© Copyright 2020 Reuters Limited. All rights reserved. Republication or redistribution of Reuters content, including by framing or similar means, is expressly prohibited without the prior written consent of Reuters. Reuters shall not be liable for any errors or delays in the content, or for any actions taken in reliance thereon.
Related News: Anatoly Karpov, IMAGE, Ronen, Jerusalem, Old City
SHARE THIS STORYCOMMENT
Print this article 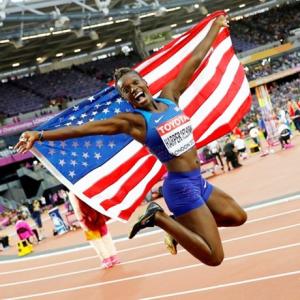