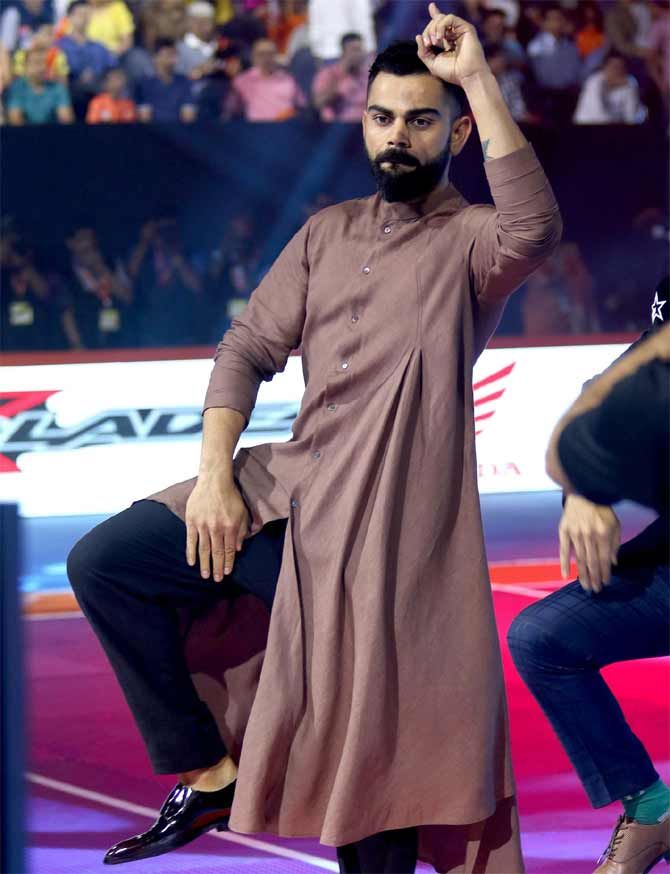 It's hard to keep Virat Kohli away from the action!

The India cricket captain was seen doing the 'ThighFi' as he opened the Mumbai leg of Season 7 of Pro Kabaddi, on Saturday.

Kohli said kabaddi became a globally recognised sport due to the fitness and determination of Indian players.

"Kabaddi has taken a leap in the sports culture in our country since the inception of Pro Kabaddi League. Seeing a sport that we all have played as kids get to this stature today gives a different feeling altogether, especially when you know that the Indian kabaddi team is one of the best ones in the world," said the Indian batting ace.

"Then seeing how players from all over the globe come to India to be a part of the PKL shows that the level of the sport has been escalated exponentially. The reason kabaddi has become a world recognised sport is due to the fitness and determination of Indian kabaddi players," he added. Kohli along with the Indian team will leave for the West Indies next week for their tour, starting on August 3. They will play three T20Is, three ODIs and two Tests during their month-long tour.