PHOTOS: Serena back doing what she does best at Wimbledon

Steamrolls Dutch Rus to proceed to Round 2 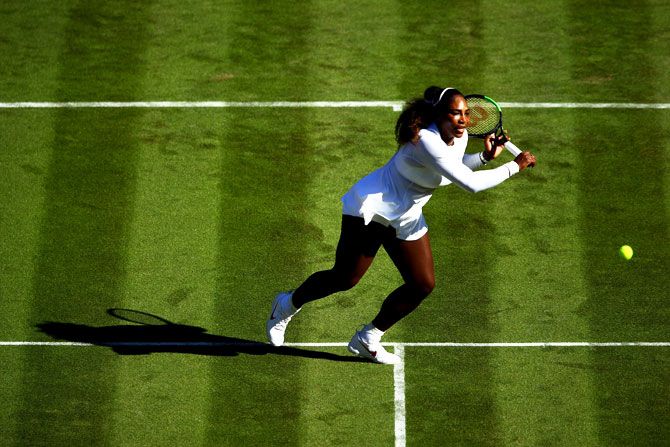 IMAGE: Serena Williams plays a return against Arantxa Rus during her first round match at Wimbledon on Monday. Photograph: Clive Mason/Getty Images

Serena Williams swapped the skin-tight catsuit that caused a stir at the French Open for a more conservative look as she marked her return to Wimbledon for the first time since becoming a mother with a 7-5, 6-3 first-round win over Arantxa Rus.

The seven-time champion, who missed last year’s tournament while pregnant with her daughter Alexis Olympia, is considered by many as the woman to beat at these championships despite her lowly ranking of 181.

On Monday she proved that she was not back to simply make up the numbers in the women’s field. 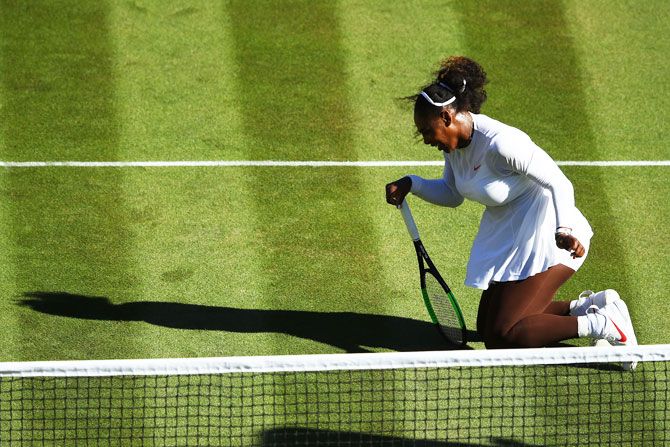 Neither a tumble on Court One’s manicured lawn nor falling a break behind in the second set caused much alarm.

As she has done time and time again, Williams got over those blips with the minimum of fuss.

She did need six match points to finish off the Dutchwoman but a netted backhand finally sealed the American’s passage into round two.

“She played unbelievable today, I’ve never seen her play like that before... I didn’t play my best but I’ll get there,” Williams said soon after walking off court.