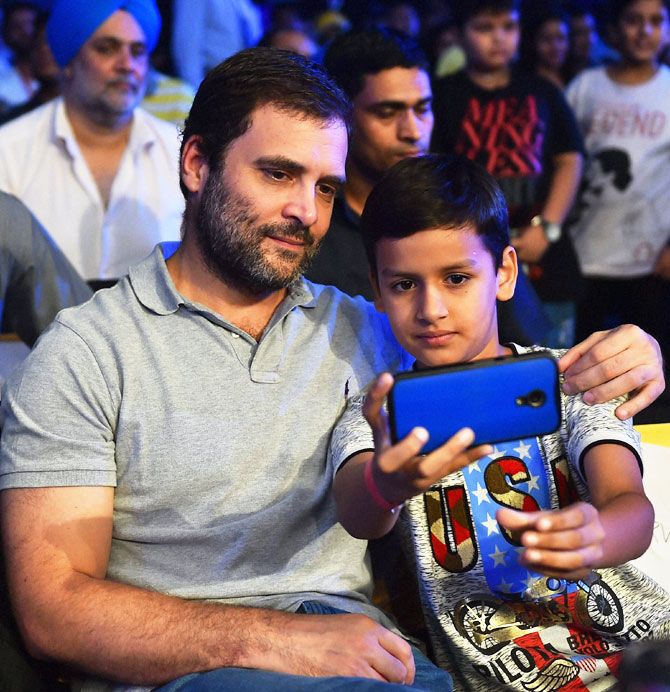 IMAGE: Congress vice-president Rahul Gandhi poses for a selfie with a 'fan' at the Thyagaraj stadium in New Delhi on Saturday before Vijender Singh's bout. Photograph: Manvender Vashist/PTI

Vijender Singh, who beat Australian Kerry Hope to win his 7th pro boxing title, was cheered deliriously by a packed partisan crowd that also saw some big names at the Thyagaraj stadium in New Delhi on Saturday.

Also in Vijender’s corner were folk from the entertainment industry including actor Randeep Hooda, Ranvijay Singh and Neha Dhupia. 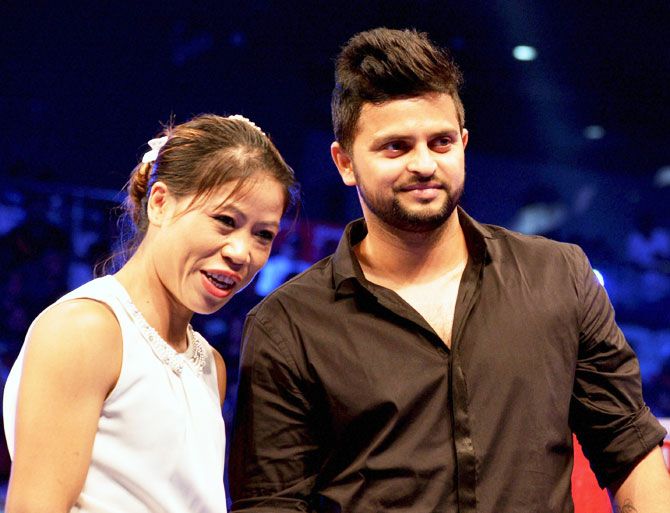 Vijender put up a dominating performance to send the crowd into hysteria with his lethal right jabs and uppercuts – giving his famous fans a lot to cheer about.

According to PTI, the evening did not go very well for Rahul Gandhi, who was booed by a part of the crowd.

Sporting a grey t-shirt and demins, Gandhi walked into the stadium only to be welcomed by some boos and chants of 'Modi, Modi', referring to Indian Prime Minister Narendra Modi, sent in his direction.

The 46-year-old was subjected to another round of boos when he walked out of the stadium at the end of the bout. However, he didn't react to the fuss and simply smiled back before leaving the stadium.