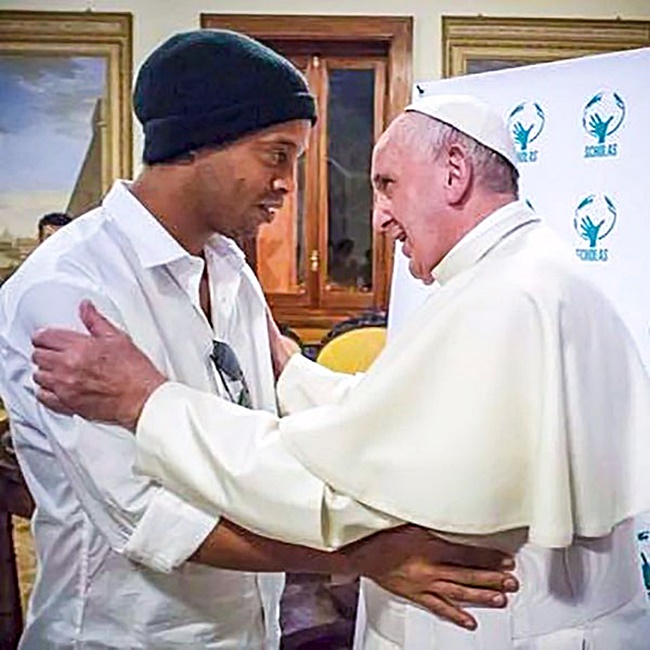 Brazilian football star Ronaldinho, who was widely considered a footballing deity during his heyday, met Pope Francis at the Vatican on Wednesday.

The Pope, a huge football fan, is a San Lorenzo supporter.

The Paris Saint-Germain and Barcelona star, who won the 2002 World Cup with Brazil, was greeted by the Pontiff before they discussed organising a second charity ‘match for peace’. 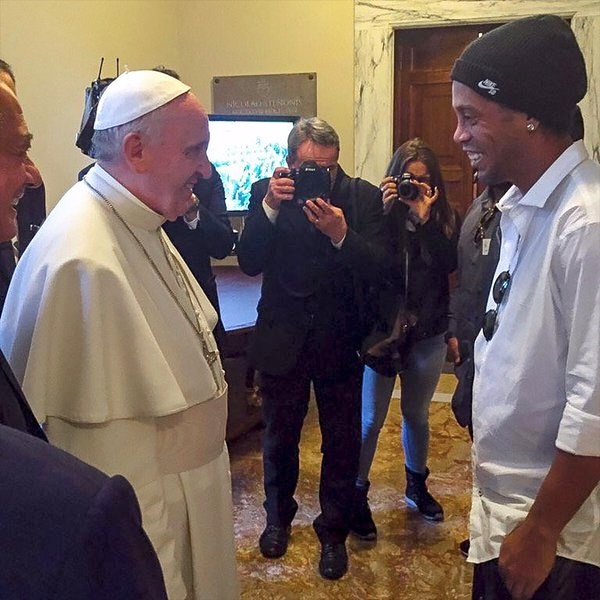 The first was held in 2014, and football stars like Maradona and Lionel Messi played.

The money raised went to thousands of schools across the world and charities, including Scholas Occurentes, set up by the Vatican.