India had much to cheer about on Day 7 of the 2018 Commonwealth Games as shooter Shreyasi Singh struck gold and boxing legend M C Mary Kom inched closer to a gold medal by storming into the final, on Wednesday. 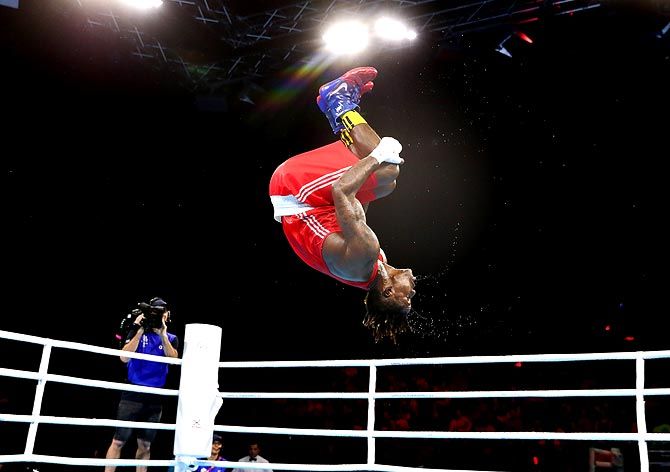 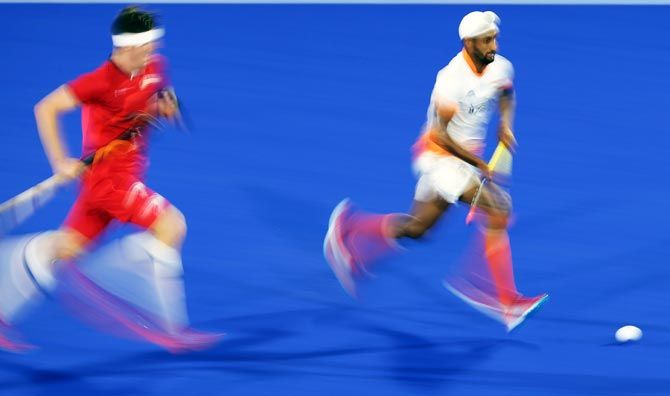 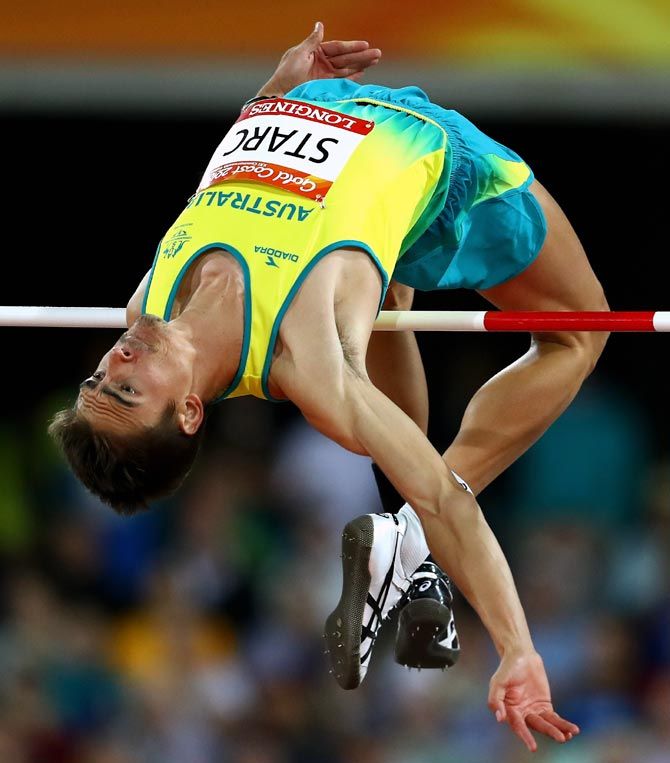 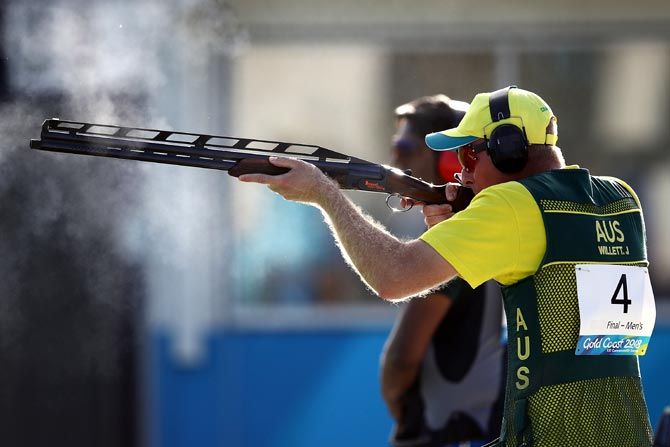 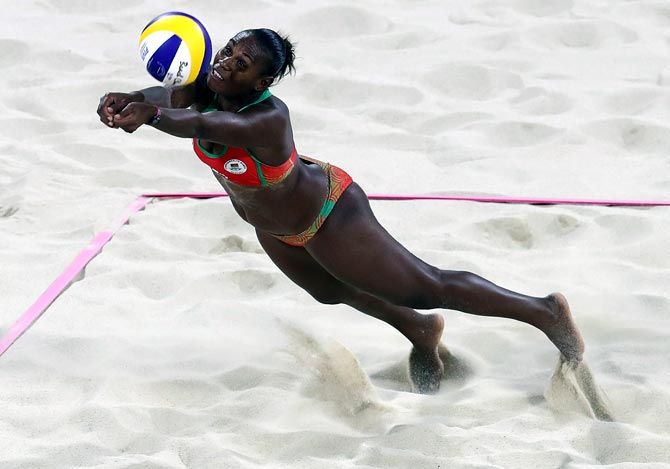 IMAGE: Linline Matauatu of Vanuatu dives for the ball during the Beach Volleyball women's semi-final between Australia and Vanuatu. Photograph: Ryan Pierse/Getty Images