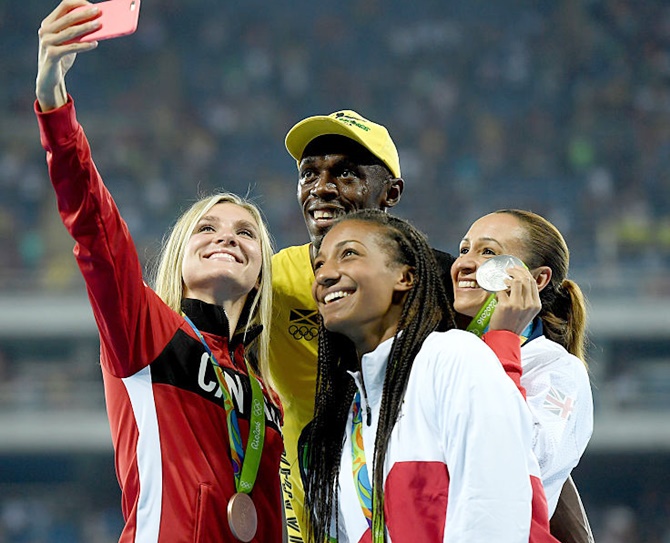 Jamaica’s Usain Bolt roared into Olympic history, capturing an unprecedented third consecutive 100 metres title with a time of 9.81 seconds on Sunday to confirm his place in the pantheon of the greatest athletes.

Victory achieved, he galloped away in celebration, basking in the adulation of the capacity crowd at the stadium and even taking selfies with fans during his lap of honour. 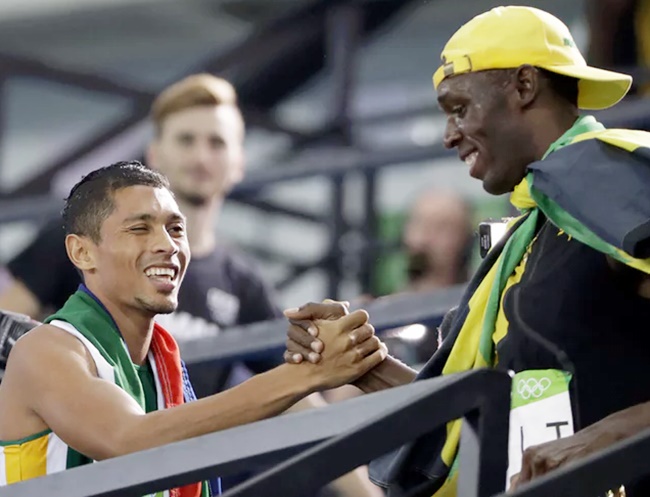 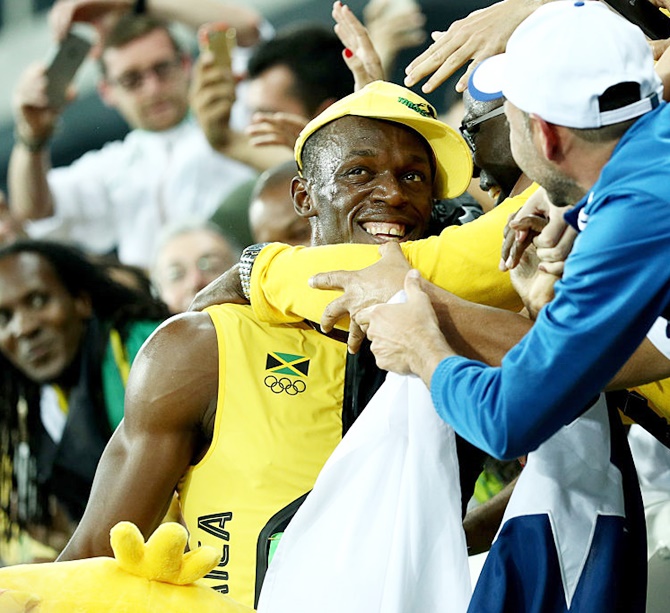 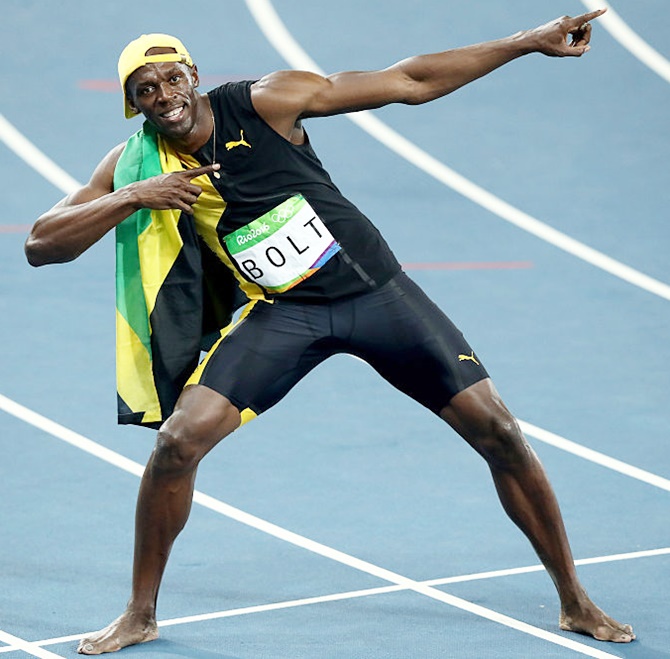 He then delighted fans with his traditional 'lightning bolt' pose as reggae blasted out of the stadium sound system. 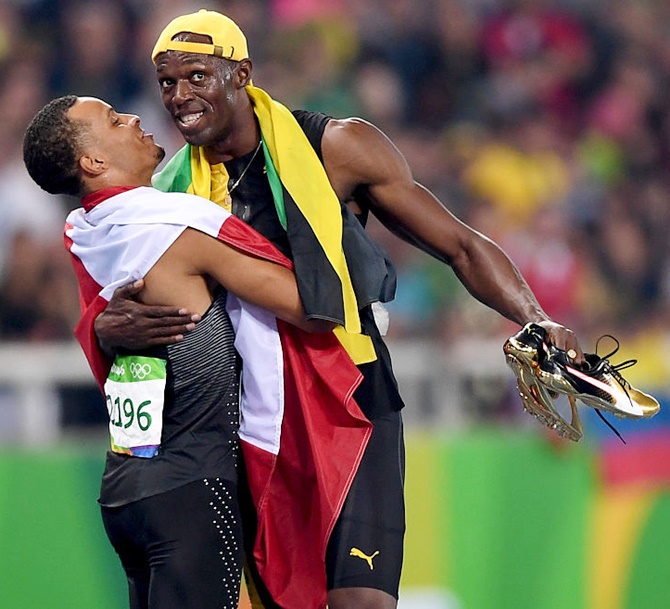 Gatlin, the 2004 champion who came into the race with the season's fastest time of 9.80, took second place in 9.89 seconds. Canada's Andre de Grasse claimed bronze in 9.91 seconds - the same finishing order as in last year's World Championships.