The promise was delivered when the Khiladi star walked in at the Siri Fort Auditorium, in New Delhi, with Abhishek Bachchan and Riteish Deshmukh.

Armed with badminton racquets, the actors thrilled the goodly crowd at the PBL final with their camaraderie and stunts on court.

After two games of the final between Delhi Acers and Mumbai Rockets, the stars lit up the court. In the first match, Akshay Kumar paired with world No 12 P V Sindhu. They were up against Bachchan Junior and Jwala Gutta.

As the exhibition progressed, the spectators soared and roared.

Askhay did not miss the opportunity to show how well he can play the game, hitting some smashes across the court. IMAGE: The Bollywood stars after the friendly match. Photograph: PTI

In the next match Deshmukh joined Bachchan and PBL brand ambassador Kumar and they played against shuttlers Sindhu, Gutta and Ashwini Ponappa.

Needless to say, the spectators cheered every point. Delhi Acers went on to win the tournament, notching a thrilling 4-3 victory over Mumbai Rockets in the summit clash.

Then, in the first men's singles, Sugiarto continued his unbeaten run at the tournament, seeing off Mumbai's H S Prannoy 13-15, 15-9, 15-9 to bring Delhi back into the contest.

In the deciding match, which was Delhi's 'Trump' match, 2010 Commonwealth Games silver medallist Rajiv Ouseph took the court against RMV Gurusaidutt and took Delhi across the line by grabbing two points with a 15-11, 15-6 win over the Indian. 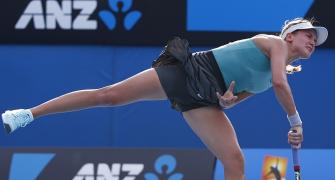 4 reasons why tennis is ripe for match-fixing! 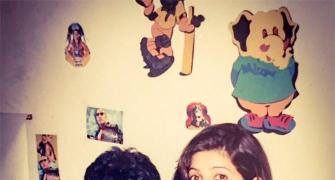 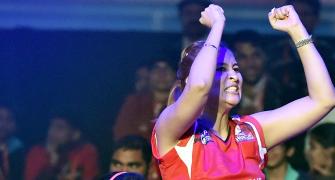