Confined to wheelchair due to paralysis, Deepa Malik, who found a place in the Limca Book of Records for the third time recently for becoming the first paraplegic woman to reach world's highest motorable road, has set her eyes on a medal in the upcoming London Paralympics.

Paralysed below chest because of three repeated spinal cord tumor surgeries resulting in 183 stitches on the upper spinal column, Malik (42) refused to give in to her physical limitations and undertook a journey to the world's highest motorable road in Khardung La, in her customised Tata Safari car, making it the highest raid by a paraplegic woman.

With an elevation of 5,359 metre Khardung La, which is located in the Ladakh region of Jammu and Kashmir, is one of the highest mountain passes in the world.

A senior official of Limca Book of Records, Arthy Muthanna Singh, spoke high about the indomitable courage of the woman.

What makes Deepa's records even more extraordinary is that she has no bladder or bowel control and has no sensation in her body below chest level. She neither has the torso balance and only half her lungs inflate.

"Life is not over...disability is only a state of mind," she said.

Deepa is an international sportswoman and a medal-winner in the areas of biking, swimming and car rallying among other heavy-weight sports like shot put, javelin and discus throw, and has been representing India at both national and international platforms in the disabled categories.

Mother of two girls, she has won many honours in the past.

She won a silver medal in shot put at 2011 IPC Athletics World Championships in Christchurch (the only medal for the country and the first ever medal won by an Indian woman of any disability), three gold medals at CP Sports in Nottingham in 2010, and a bronze in javelin throw at the 2010 Asian Para Games in Guangzhou (the first ever medal in athletics by a woman in India).

Her other triumphs include the 2011 'Bajaj Allianz MOST Inspirational Women Driver Hunt', the 'Star Rider Trophy' at the Castrol Most Passionate Biker Hunt in 2009, and Limca Records for swimming in River Yamuna against the current for one km in 2008, and for riding a special bike in 2009.

At present, she is training rigorously for the London Paralympic qualifiers. 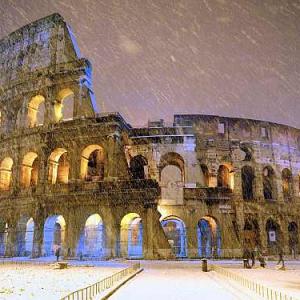