Eight-time World champion Pankaj Advani continued his fine run to enter the pre-quarter-finals of the third European Players Tour Championship (PTC) of the season, the Bluebell Wood Open, being held at Doncaster Dome, in Sheffield.

India's leading snooker professional registered a series of victories en route to the round of 16, which included the prized scalp of former World and UK champion Peter Ebdon.

Advani faced a tough opponent in Ebdon in the round of 128 on Day 1. He was straightaway put on the back foot, as Ebdon opened the best-of-seven frames proceedings with a 112 break.

Within minutes, the English cueist raced to 2-0. However, the Bangalore-based Advani responded in grand style to make the scoreline 2-2. 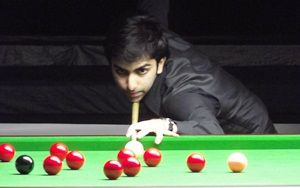 A 61 break in the fifth frame placed Ebdon a frame away from ousting his younger opponent and progressing, but down 2-3, Advani outclassed the veteran cueist in the next two frames to clinch the issue 4-3.

Up against Ian Burns next, Advani fired two breaks of 57 in the first and third frames before progressing with a 4-0 rout.

In the final match of the day, the round of 32, the Indian ace faced seasoned Northamptonshire cueist Rory McLeod, and he continued his onslaught. With a break of 52, he registered his second straight whitewash, winning 4-0 to advance to the pre-quarter-finals.

While Advani gets to rest on Day 2, Aditya Mehta, the other Indian in the fray, will be in action. First up for him is Nigel Bond of England.

Advani resumes his campaign the next day against two-time World champion Mark Williams.

"It's only my second season and I am really happy with the consistency. I am enjoying the competition and the playing conditions. I look forward to the rest of the season and hope to continue this form to the home event in October," Advani said.

"My next outing on the European circuit will be the Paul Hunter Classic in Germany next week," he added.

Paul Hunter was the beginning of the Advani's stellar performance on the Pro Circuit last year, when in the same tournament he defeated multiple World champion and former World No 1 John Higgins of Scotland 4-1.

The PTC is a three-day knockout tournament wherein one half of the draw plays three rounds in a day to reach the pre-quarters. The other half plays on Day 2.

The round of 16 till the final is on the third day.

There are eight European PTCs and four Asian in every season. The top-24 in the PTC's Order of Merit qualify for the PTC grand finals, to be played from March 18 to 23 next year.

Advani had missed the opening Snooker PTC, Victoria Bulgarian Open, in June due to visa issues, while in the second PTC, at Rotterdam, he lost 2-4 in the round of 32 to Ryan Day after winning the opening two rounds. 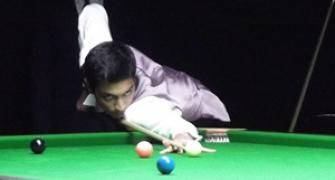 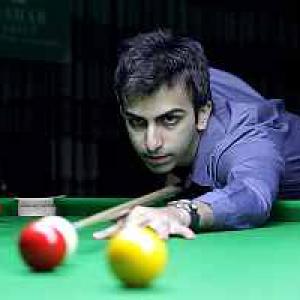 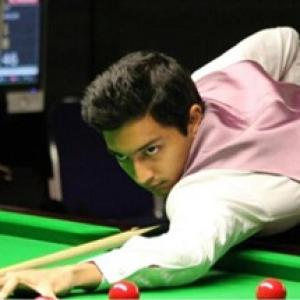