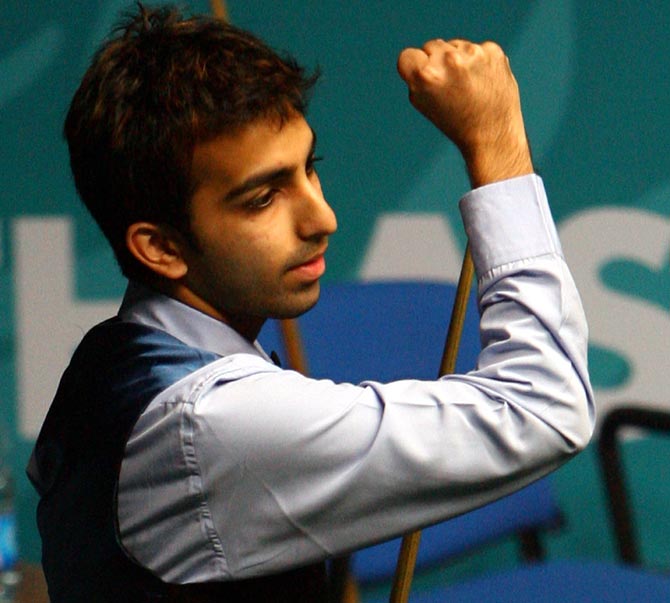 Earlier in the day, Pankaj accounted for another Pakistani cueist Muhammad Ahsan Javaid with a 5-1 victory in the last-32 stage.

Laxman Rawat, who beat Gao Yang of China, and Pushpender Singh, who defeated Thailand's Kritsanut Lertsattayathorn 5-4 in a thriller, also joined Advani in the quarters.

In the quarters, Pankaj will take on Thanawat Tirapongpaiboon from Thailand, while Laxman faces Hong Kong's Cheung Ka Wai and Pushpender will be up against Thet Min Lin of Myanmar.

In the women's championship, Amee Kamani is the sole Indian left and she is slated to play against Ng On Yee of Hong Kong in the semi-finals.