Already out of next year's World Cup, Pakistan had something to cheer about as the three-time champions defeated hosts Malaysia 3-1 to win the bronze medal at the ninth Asia Cup hockey tournament in Ipoh on Sunday.

Pakistan, who needed to win the Asia Cup to qualify for next year's World Cup at The Hague, Netherlands, dished out a spirited performance to prevail over the erring Malaysians.

Pakistan, who will miss the World Cup for the first time since the introduction of the event in 1971, scored through a brace from Abdul Haseem Khan (35th, 56th) and skipper Muhammad Imran (54th) to register the victory in the third-fourth place play-off match at the Sultan Azlan Shah Stadium.

For Malaysia, Faizal Saari scored the lone goal in the 34th minute.

It was a chance for Malaysia to avenge their 1-4 defeat at the hands of the same opponents in the pool stages but they let the opportunity slip because of their own mistakes.

Played under heavy weather conditions, at least the first half, the bronze medal play-off match between Pakistan and hosts Malaysia was a keenly-contested battle.

Pakistan had a close shave in the opening minute of the match when Muhammad Razie Abd Rahim's high flick from Malaysia's first penalty corner hit the cross bar. 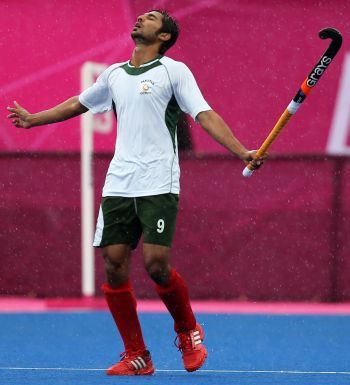 Thereafter, Pakistan earned three penalty corners but failed to convert a single one on a turf that had become heavy because of continuous downpour.

After failing to make use of their second penalty corner, Malaysia broke the deadlock in the 34th minute through Saari, who had to dive full length to connect to a Jivan Mohan's pass past Pakistani goalkeeper Salman Akbar.

A clever scoop from captain Muhammad Imran found Abdul Haseem Khan alone inside the hosts' circle and the striker beautifully controlled the ball to push it past Jamaluddin to go into the breather locked at one apiece.

As the rain subsided, Pakistan slowly started to get their act together after the change of ends and dominated the share of exchanges.

On the other hand, just like the semi-final against India, missed chances continued to haunt the Malaysians.

The hosts made some good moves but once inside the opposition circle, they seemed to run out of ideas and waste easy chances.

Pakistan dealt a second blow on the erring Malaysians when skipper Imran converted the team's fifth penalty corner in the 54th minute.

Pakistan too has to thank their experienced goalkeeper Salman who made a couple of brilliant saves in the last 10 minutes of the game to deny any further inroads to the Malaysians.

An agile Salman made a fine double save in the 61st minute to deny Mohd Fitri Saari and Jivan Mohan.

In search of goals, Malaysia put the Pakistan defence under constant pressure and earned three more penalty corners in the last seven minutes of the game but their dragflick specialist Muhammad Razie lacked precision. 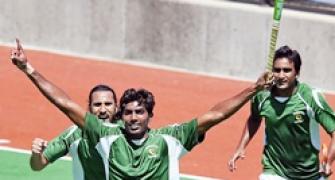 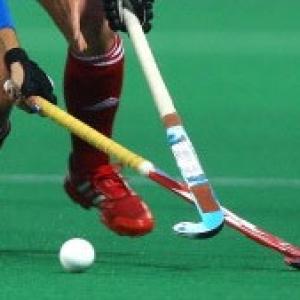 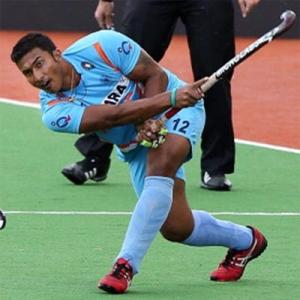