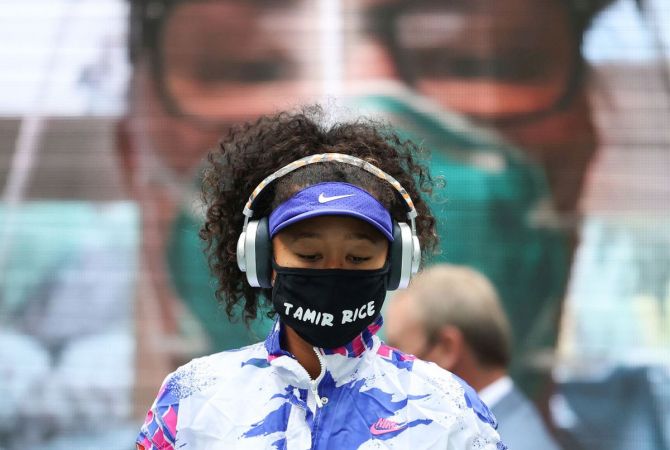 Naomi Osaka continued the trend she began at the US Open, highlighting police brutality and racism in America, by donning her 7th mask at the tournament.

As she stepped out to play the US Open final on Saturday, September 12, Osaka wore a mask with the name Tamir Rice emblazoned on it. Joining Osaka in her fight against police injustice and racism was her boyfriend, YBN Cordae. The rapper was seen in the stands wearing a T-shirt that read 'Defund the Police'.

Throughout the US Open, Osaka has worn masks with the names of victims of police brutality.

Osaka battled from a set down to beat Victoria Azarenka 1-6, 6-3, 6-3 and win her second US Open title and third major crown.