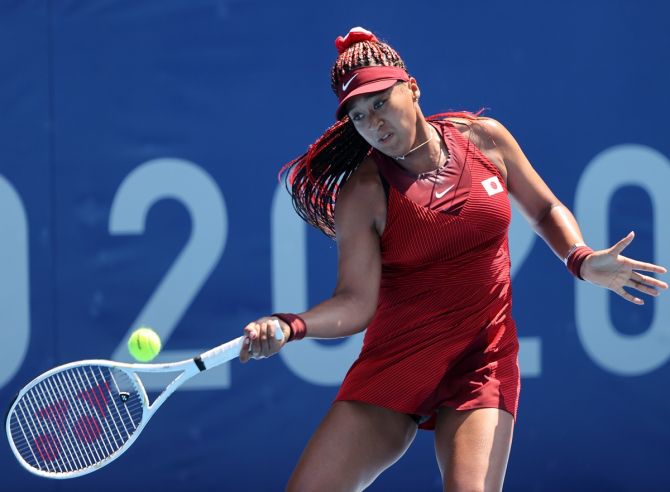 IMAGE: Naomi Osaka plays a forehand during her first round match against Saisai Zheng of China. Photograph: Clive Brunskill/Getty Images

Naomi Osaka said she was feeling refreshed and ready to play, following a dominant 6-1, 6-4 win over China's Zheng Saisai in the opening round of the Tokyo Games - her first victory since taking a mental health break two months ago.

The Japanese four-time Grand Slam champion had not played a competitive match since the French Open in May, when she withdrew after being fined for skipping the mandatory post-match press conferences on mental health reasons. 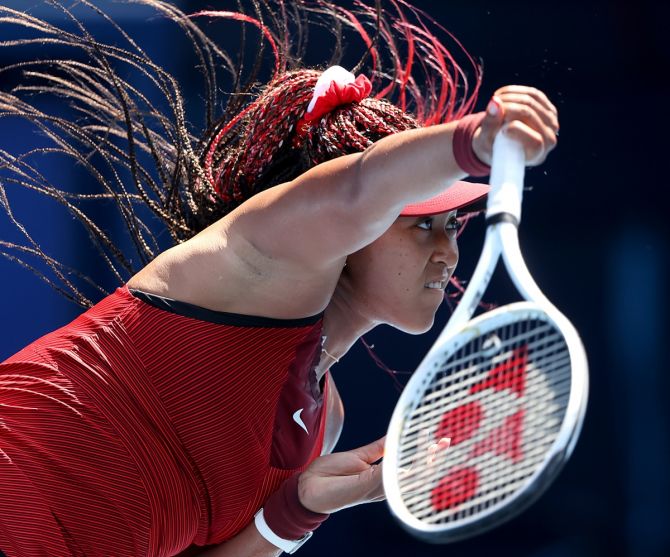 Osaka said she appreciated taking time away from the court ahead of the Games in Tokyo, where she was chosen to light the Olympic cauldron at the opening ceremony on Friday night.

"More than anything, I'm just focused on playing tennis," she said in her first appearance in front of media in more than two months.

"Playing the Olympics has been a dream of mine since I was a kid, so I feel like the break I took was very needed. But I feel definitely a little bit refreshed and happy again."

Osaka was in ominous form against the 52nd-ranked Zheng, racing through the first set in just 32 minutes.

In the second set, the 23-year-old gained another early break but squandered two match points on the Chinese player's serve at 5-3.

Osaka went on to serve out the match to love.

© Copyright 2021 Reuters Limited. All rights reserved. Republication or redistribution of Reuters content, including by framing or similar means, is expressly prohibited without the prior written consent of Reuters. Reuters shall not be liable for any errors or delays in the content, or for any actions taken in reliance thereon.
Related News: Naomi Osaka, Saisai Zheng, IMAGE, China, Tokyo
COMMENT
Print this article 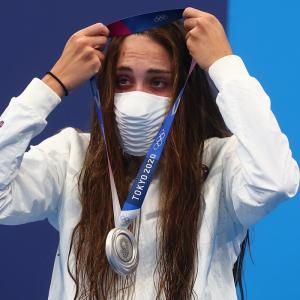 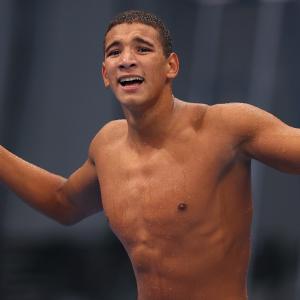