PHOTOS: Torch alights on Rio shore ahead of Olympic opening

- 'The expectations are huge... I think everything will go right, in terms of the Games as well as public safety.' After a 20,000-km (12,400-mile) journey through the vast nation, the torch crossed Guanabara Bay in a sailboat piloted by former medalists, in a nod to one of the competitions where the host country has claimed Olympic glory.

The flame landed on terra firma at 9:15 am local time (12:15 GMT), while just kilometers away 450 heavily armed police battled drug traffickers in the Alemao slum, a major operation and reminder of Rio's security struggles. 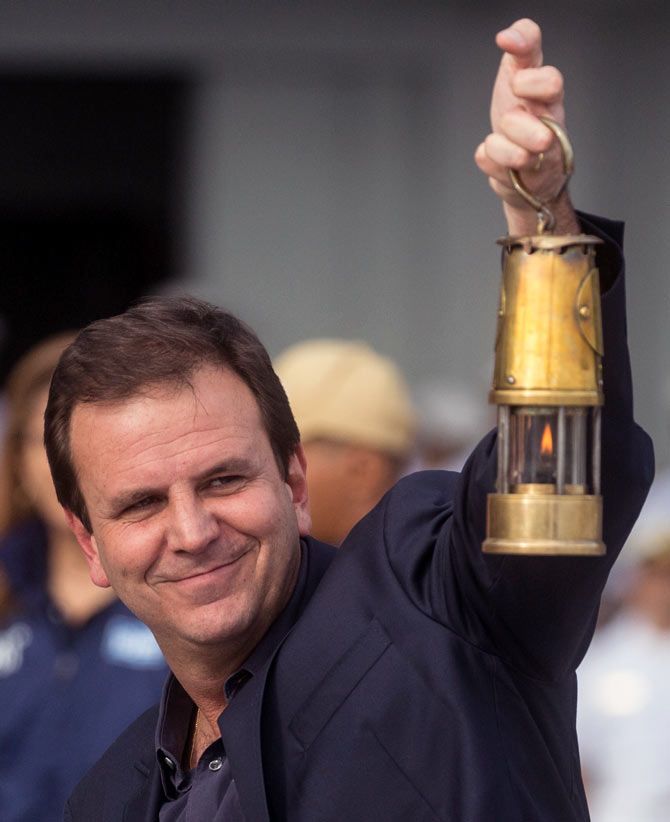 In addition to security concerns, the Olympics come to Brazil amid the country's worst recession in at least a quarter century and an ongoing impeachment trial of a suspended president.

Mayor Eduardo Paes took the torch on its first laps through the streets of downtown Rio, known locally as "the marvelous city." The flame also took a ride on the recently inaugurated light rail and passed in front of the city's century-old Municipal Theater.

From the center of Rio, the symbol of the world's largest sporting event will pass through surrounding towns and return to the city center on Thursday ahead of Friday's opening ceremony in the famed Maracana stadium, site of the World Cup final in 2014. IMAGE: A dance troupe perfoms on the street while waiting for the arrival of the Olympic flame in Rio de Janeiro. Photograph: Chris McGrath/Getty Images

The torch, which arrived in Brazil on May 3, spurred some minor demonstrations in smaller cities in Rio de Janeiro state, though residents of Rio said they are eager to show the world their city is ready for the international spotlight.

"The expectations are huge... I think everything will go right, in terms of the Games as well as public safety," said

Reginaldo Santos da Silva, 40, as he watched the torch pass.

While the torch's tour through 300 cities has generally been smooth, it did spur an international outcry when authorities had to shoot a jaguar after the animal escaped from its handlers at a ceremony in the Amazon city of Manaus.

The name of the final torch bearer is a closely guarded secret, but soccer legend Pele said on Tuesday he been invited to light the Olympic pyre on Friday and was checking availability with his sponsors.

© Copyright 2021 Reuters Limited. All rights reserved. Republication or redistribution of Reuters content, including by framing or similar means, is expressly prohibited without the prior written consent of Reuters. Reuters shall not be liable for any errors or delays in the content, or for any actions taken in reliance thereon.
Related News: Rio, IMAGE, Eduardo Paes, Brazilian Naval Academy, Santos da Silva
SHARE THIS STORYCOMMENT
Print this article 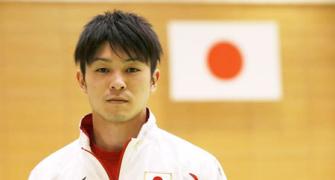 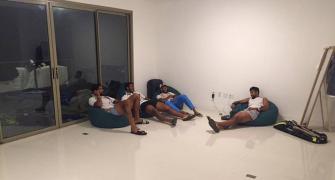 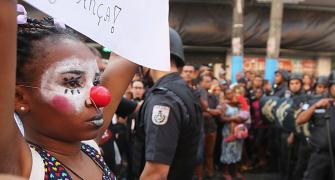 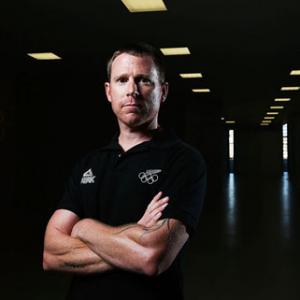 Shooters face headaches all of their own at Rio Games