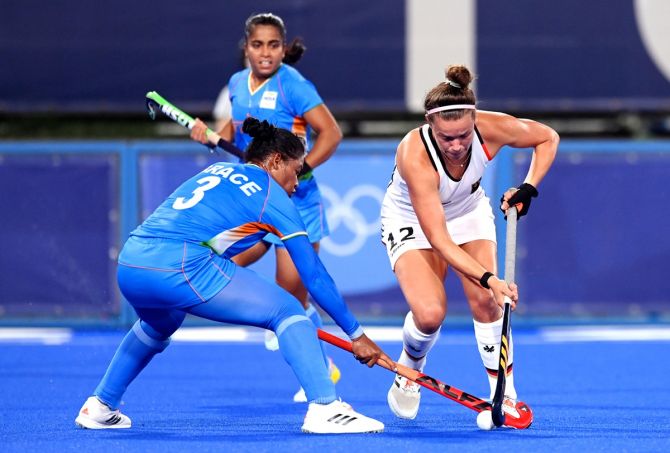 India's women's hockey team fought valiantly but was done in by poor execution and went down 0-2 to Germany at the Tokyo Olympics, on Monday.

It was their second consecutive defeat in as many matches.

After the 1-5 drubbing from world No. 1 the Netherlands, the Indians lifted their game but it was not enough to get past world No. 3 and Rio Games bronze-medallists Germany in their second Pool A match at the Oi Hockey stadium.

The team was guilty of wasting a lot of opportunities, including a penalty stroke by Gurjit Kaur in the third quarter.

Skipper Nike Lorenz (12th minute) and Anna Schroder (35th) scored to give Germany their second victory in the tournament, having beaten Great Britain 2-1 in their first match.

Indian will play Great Britain in their next pool match on Wednesday.

The Germans started on a bright note and had most of the possession early on but India slowly and steadily made their presence felt in the match.

Germany had the first shot at goal, but India goalkeeper Savita Punia was at the right place to deny Franzisca Hauke in the ninth minute.

But three minutes later the Germans were not to be stopped as skipper Nike Lorenz flicked the ball past Savita from their first penalty-corner.

The Germans were more aggressive in the first half and got another penalty-corner in the 21st minute but this time India defended stoutly.

The Rani Rampal-led side upped its game a notch compared to the first game against Netherlands and penetrated the German circle on a quite a few occasions.

But what let them down was finishing and a brave and strong German defence as India went into half-time trailing by a goal. 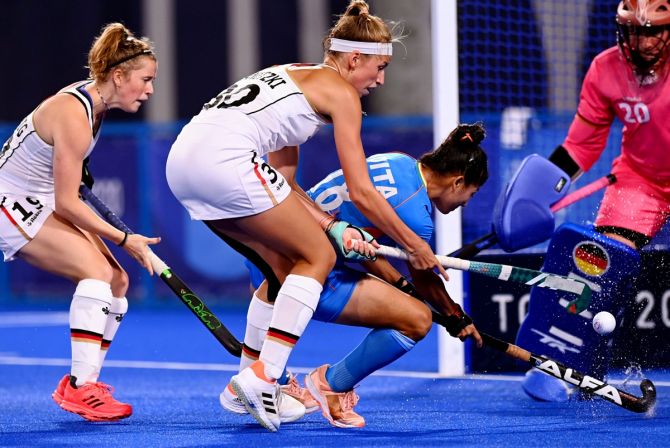 The Indians came out with purpose after the change of ends and looked threatening, mounting attacks as the Germans got busy in defending their citadel.

Vanadana Katariya had an excellent game, creating numerous chances for her side but the forward-line erred in the final touch.

Two minutes into the third quarter, Vandana helped India secure its first penalty-corner of the Games. Skipper Rani stepped up and her goalmouth strike hit the body of a German defender.

India straight sought referral for a penalty stroke and duly got one but Gurjit failed to find the back of the net as her effort struck the side post.

The Germans punished India three minutes later when Schroder scored with a fierce hit from top right corner of the circle to double her side's lead.

The Indians did not lose hope and continued their attacking play but they failed to penetrate the German defence.

On two occasions, Vandana came close to scoring -- first she was denied by the German keeper from a one-on-one situation with a brilliant save and then her deflection from Navneet Kaur's pass hit the top of the post in the 46th minute.

The Germans secured another penalty-corner soon but faltered in execution.

Thereafter, the Germans mostly tried to keep the possession, denying India any inroads. 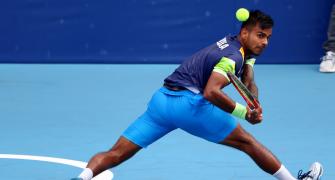 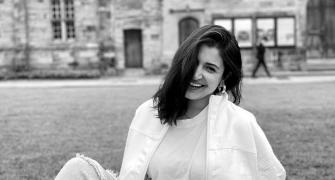 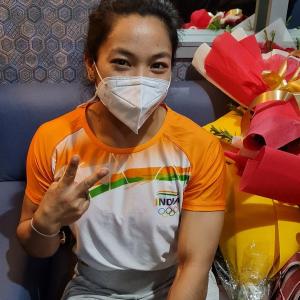 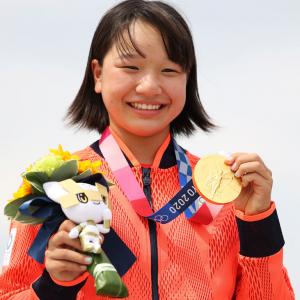