The NRAI will send a protest letter to various sports bodies after Indian shooters, competing in the ISSF Shooting World Cup in London, were forced to spend a night at the hotel lobby due to the organising committee's irresponsible behaviour.

In a shocking incident, the Indian shooters, including London Olympic medal hopefuls Gagan Narang and Ronjan Sodhi, were asked to vacate their rooms by Grange St Paul hotel staff on Sunday after the private agency, hired by the organizing committee, goofed up on their accommodation.

The incident, naturally, did not go down well with the National Rifle Association of India.

"We will write to the ISSF, IOC and IOA in protest. We will tell them whatever has happened with our shooters. Whenever the foreigners come to India we make sure that there stay is convenient. And we expect the same for our shooter too in other countries," Sethi said.

"We are waiting for president (Raninder Singh) to come back from Patiala," he added.

Sethi blamed the private agency, hired by the accommodation committee of the tournament that is also a test event for the London Games, for the goof-up.

"Our booking was till April 28 but then we extended it till the next day for our pistol and rifle shooters. We paid the balance amount to the accommodation committee but the private agency did not inform the hotel authorities about the payment and to extend our stay," Sethi said.

National coach Sunny Thomas had yesterday said that the shooters -- who arrived in the country this morning  finally found shelter after the Indian embassy booked another hotel for them.

Source: PTI© Copyright 2021 PTI. All rights reserved. Republication or redistribution of PTI content, including by framing or similar means, is expressly prohibited without the prior written consent.
Related News: ISSF, IOC, IOA, Sethi, London
SHARE THIS STORYCOMMENT
Print this article 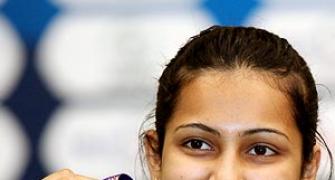 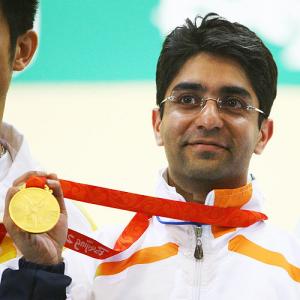