The Olympic boxer will be seen in TV series titled, Mary Kom Jr 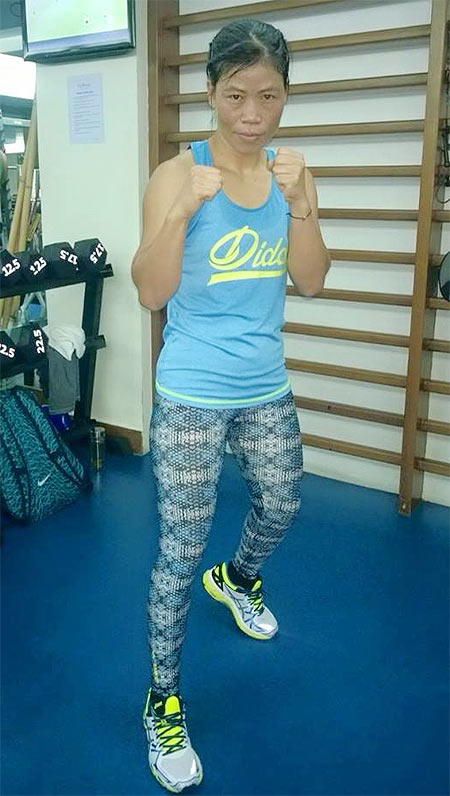 The 32-year-old boxer, who has signed up a licensing deal with production company ScreenYug Creations Pvt Ltd for the series, feels it would be an interesting way to motivate the girl child.

"I think it is time to take more responsibility for the girl child. I want girls to be confident, strong," she said.

The animation series will lay emphasis on self-defence.

"Parents are usually not keen on fighting games for their girl child but with all the crime going around, their eyes are now open and this will help," Kom said.

ScreenYug and Aditya Horizons have will co-produce the TV series.

But there was a hint of controversy (read racism) as the producer of the series presented a gist of the show.

"We are creating India's first girl superhero animated series, which will be based on India's own super sport star Mary Kom.

"While we have a Manipuri tinge by capturing the fiction life of a young Mary Kom while in school, we will have other characters with a more neutral tone in order to appeal to the global audience," producer Ashish S Kulkarni said.

Kulkarni has created many big-ticket projects like Little Krishna, Shaktimaan, Krishna Aur Kans and Big Bees among others.

This licensing agreement will entitle Kom to get royalties from the global sales of animation series, any merchandise, story books, e-books, games, comics, online distribution etc in the future.