IMAGE: Novak Djokovic has previously said he could win the most Grand Slam titles and become the longest-reigning World No 1 by the time he retires. Photograph: Matthew Stockman/Getty Images

The men’s draw at a Grand Slam has seldom had such an overwhelming a favourite in recent times as Novak Djokovic at this year’s US Open, with lot more at stake for the world number one than just his 18th major title.

It took the COVID-19 pandemic to put a brake on Djokovic’s 18-match unbeaten run in 2020, as he won the ATP Cup with Serbia, an eighth Australian Open title and a fifth Dubai Tennis Championships before the season came to a halt in early March.

If there were doubts over the 33-year-old Serb’s ability to regain that momentum after the shutdown, they were quickly dispelled this week as Djokovic returned to court for the US Open tune-up at the Western & Southern Open in New York.

He struggled a bit with a neck issue in his opening win over Ricardas Berankis but normal service resumed in his next outings against Tennys Sandgren and German Jan-Lennard Struff.

“Everything is going in the right direction, I’m feeling very good,” declared Djokovic, also not discounting the possibility of going undefeated during the year.

The lengthy COVID-19 break possibly presented more challenges for the Serb than any other opponent on court.

During that period, the 33-year-old organised the ill-fated Adria Tour, an exhibition tournament in the Balkan region during which he and three other players contracted COVID-19.

The event, which was played in front of fans and lacked social-distancing measures, was heavily criticised leading Djokovic to complain of being subjected to a 'witch-hunt'.

His long-time rival Rafa Nadal, however, chose to stay at home and, with Roger Federer also missing after undergoing knee surgery, Djokovic has been left as the only representative of the ‘Big Three’ in New York.

The magnitude of Nadal’s and Federer’s absence can be gauged by the fact that the triumvirate have shared the last 13 Grand Slam titles between them and the onus will solely be on the Serb to add to that number.

Incidentally, the last time someone outside the trio won a Grand Slam was at the US Open when Swiss Stanislas Wawrinka beat Djokovic in 2016.

But Wawrinka also decided against travelling to New York leaving former champions Andy Murray and Marin Cilic as the only other Grand Slam winners besides Djokovic in the draw.

Djokovic has previously said he could win the most Grand Slam titles and become the longest-reigning world number one by the time he retires.

A victory on Sept. 13 at the Arthur Ashe stadium will give him his 18th Grand Slam crown and leave him one short of Nadal’s tally while Federer leads with 20.

The Swiss also holds the record of 310 weeks at number one but Djokovic is steadily progressing towards eclipsing him and has already topped the world rankings for 282 weeks.

Djokovic has said it will, however, be disrespectful to discount the chances of other players in the draw.

“Anyone can win, even more after six months without the tour,” he said last week. “We don’t really know how we’re going to feel on the court.”

Dominic Thiem has had three attempts at ending the Grand Slam hegemony of the Big Three but lost the previous two French Open finals to Nadal while going down to Djokovic in this year’s Australian Open title clash.

The third-ranked Austrian’s preparations suffered a jolt when he crashed out of the Western & Southern Open in straight sets to Filip Krajinovic in his first match.

Last year’s US Open finalist Daniil Medvedev, Alexander Zverev and Stefanos Tsitsipas have had some big wins in their careers but not many will bet on them prevailing against Djokovic’s machine-like precision on hardcourts.

Three-time Grand Slam champion Murray is currently ranked 134th after undergoing two hip surgeries but a win against a top-10 player is not beyond him as Zverev found out this week. 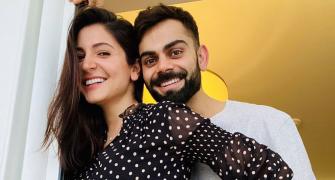 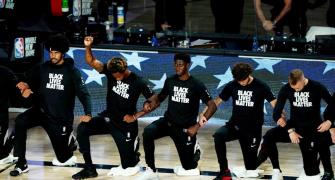 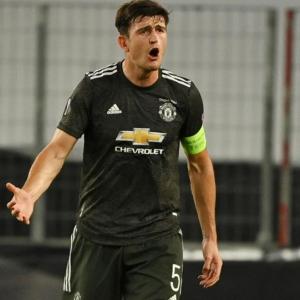 Djokovic, Thiem pooled in different draws at US Open