Nobody masters the art of the trivela like Quaresma

'The best thing about passing the ball this way is that the defender does not know which way the ball is going... it's my favourite skill in the game' 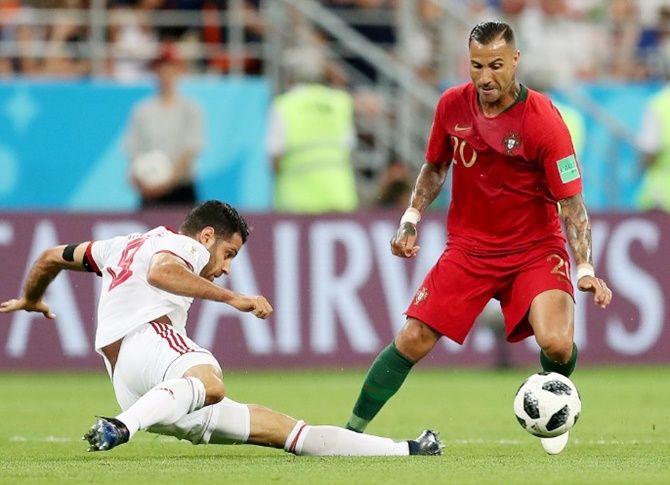 The mercurial Portugal forward has had to wait until the age of 34 to play at his first World Cup and it was fitting that, when he scored his first goal on the sport's biggest stage against Iran on Monday, it was with his signature skill, the 'trivela'.

A Portuguese word which is slowly creeping into other languages, the 'trivela' is the difficult art of bending the ball with the outside of the foot and Quaresma is arguably its greatest current exponent.

Just before halftime, Quaresma collected the ball near the touchline, played a one-two, and curled a shot passed goalkeeper Alireza Beiranvand. The 1-1 draw helped Portugal into the last 16 where they will face Uruguay.

The right-footed Quaresma has scored at least one dozen similar goals during his career and also uses the trivela for passing and crossing.

Some may argue it helps him hide a weakness with his left foot but Quaresma says he uses it because it is much more difficult for defenders to deal with.

"The best thing about passing the ball this way is that the defender does not know which way the ball is going... it's my favourite skill in the game," he once said in a UEFA training video.

"The key thing to remember is to slice your foot through and under the outside of the ball... so connecting with the bottom left hand corner with your right foot... this will give it the right spin."

Quaresma's favourite trivela goal was in a Euro 2008 qualifier against Belgium when he received the ball on the edge of the area and scored with a shot that sailed into the back of the net and left the goalkeeper rooted to the spot. 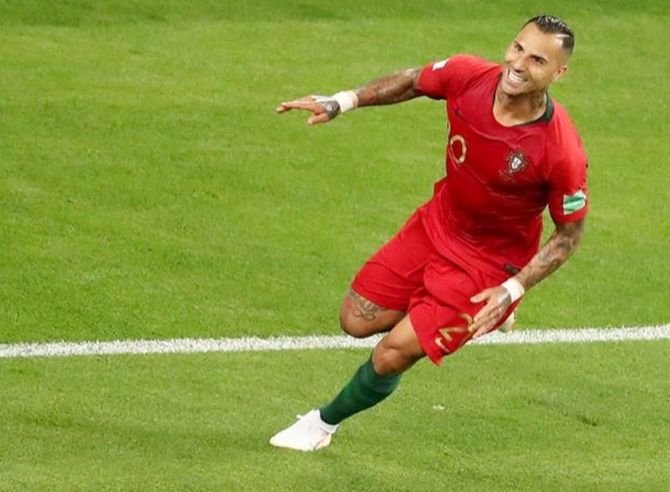 Quaresma has always been something of a maverick, however, and his career has been a stop-start affair.

Raised at the Sporting youth academy at the same time as Cristiano Ronaldo, many felt at the time that Quaresma was the more likely of the pair to set the football world alight.

Instead, Ronaldo went on to become five-times World Player of the Year while Quaresma endured exasperation.

An early move from Sporting to Barcelona failed to work out, as Quaresma became frustrated at being left on the bench by Frank Rijkaard.

A move to Inter Milan was also unsuccessful as he quickly found himself out of favour with coach Jose Mourinho and he was then enticed to Chelsea on loan by former Portugal coach Luiz Felipe Scolari, only for Scolari to be fired just after Quaresma arrived.

Amid all these problems, he was not considered for the 2010 World Cup but made the provisional 30-man squad for 2014 only to be axed.

He has finally made it this time and it has turned out to be well worth waiting for.

"I don't know how many I have scored - you'll have to look on Youtube - but I hope I can score more," he said after Monday's game. "I always believe I can do something different."