News
Business
Movies
Sports
Cricket
Get Ahead
Money Tips
Shopping
Sign in  |  Create a Rediffmail account
Rediff.com  » Sports » No support for me even after giving Federer a fight: Nagal

No support for me even after giving Federer a fight: Nagal

'I still have the exact budget which I had in 2018 when I was ranked 350. It's that when I needed the most which is right now, I see people turning around and walking away.'

IMAGE: Sumit Nagal figured in the government's Target Olympic Podium Scheme (TOPS), receiving financial support for some time but was later dropped. The scheme offers a monthly financial aid of Rs 50,000 to athletes who are medal prospects at the Olympics. Photograph: Clive Brunskill/Getty Images

With his fearless approach, Sumit Nagal impressed iconic Roger Federer at the US Open and then took it forward by making two finals on the Challenger circuit, but the youngster is flabbergasted that people are just "walking away" when he needs support.

The 22-year-old won the Buenos Aires Challenger on Sunday and jumped to a career-best rank of 135. The 26-place jump has consolidated his status as India's number two singles player behind Prajnesh Gunneswaran (84).

However, the paucity of funds meant that neither he had his coach by his side nor the physio, who could help him recover from the gruelling matches on red dirt in the Argentinian city.

"I was all alone here. No one was with me to help out. One way, it has been great that I have been playing good tennis but it's not easy to do it and I'm really sad," Nagal told PTI from Buones Aires.

"The path is lonely despite doing well at the US Open. I qualified at 22 and led a set against Roger Federer but it still has not made impact anywhere. It's really sad nobody is coming up to invest into tennis," he added.

Nagal figured in the government's Target Olympic Podium Scheme (TOPS), receiving financial support for some time but was later dropped.

The scheme offers a monthly financial aid of Rs 50,000 to athletes who are medal prospects at the Olympics.

As of now, only doubles specialists Rohan Bopanna and Divij Sharan are getting support through TOPS and none of the country's singles tennis players are a beneficiary.

Multiple Grand Slam title winner Mahesh Bhupathi, who mentored Nagal after hand-picking him from a tennis clinic, said if a player of the calibre of Nagal can't get enough support, then it's failure of the system.

"Sumit is obviously a special talent and it shows with what he has done in the last six months. When you see talent like him who are not nutured and supported keeping in mind the coming Olympics or the next one, I consider it a colossal failure of the system," Bhupathi fumed.

IMAGE: Sumit Nagal had taken a set off Roger Federer in his first round loss at the US Open last month. Nagal has since won two Challenger tourneys and has risen to 135 in the ATP rankings. Photograph: Danielle Parhizkaran-USA TODAY Sports

"Then no one has the right to ask later why India doesn't produce champions," Bhupathi, who won 12 Grand Slam trophies, added.

Nagal gets support from Virat Kohli Foundation but it does not cover all expenses that a tennis player needs.

"They are providing a good amount but as you can see in tennis you need a team like all the top 100 players have -- coach, fitness, physio etc -- which adds up," said Bhupathi.

The Jhajjar-born Nagal said he is surprised that despite zooming up close to top-100, support has not swelled enough.

"I still have the exact budget which I had in 2018 when I was ranked 350. It's that when I needed the most which is right now, I see people turning around and walking away.”

Bhupathi is well-connected and has been trying hard to get sponsors on board. But with corporate support not coming, he had decided to knock the doors of those who know something about creating champions.

"Well only an athlete can understand talent in my opinion. So now, I am trying to route it through Gopi (Gopichand) and Malav and hopefully they can advise the best way forward," he said.

Nagal said people only make promises but when the time comes, they look the other side.

"I am still stuck. I have to find a way to get my coach on tour to help me. Most of the tournaments I did in summer was by myself. It's funny how they say 'if you need any help let us know' and when you actually ask them or write an email they don't even bother replying," he said. 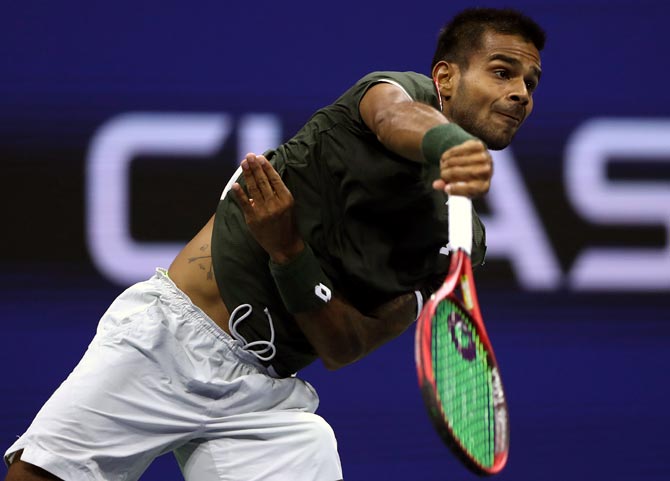 Consistency will be key for Nagal