There might have been some security concerns in sending their athletes to India ahead of the ongoing 12th South Asian Games, but chef-de-mission of Pakistan Islahuddin Siddiqui admitted that his country's contingent did not face any such issues, in Guwahati, on Sunday.

Pakistan had also planned to send a security delegate ahead of the Games but later dropped the idea after a visit by an Indian delegation that had Member of Parliament Bhubaneswar Kalita and Indian Olympic Association Secretary General Rajiv Mehta in it.

Siddiqui, one of the best hockey players of his generation, said that he had not come across any security issue in the Assam capital.

"I have not come across any such issues. I don't know whether Pakistan had security concerns in the run-up to the Games. But, no such issue here as I know of," said when asked if there were security concerns regarding his country's athletes in Guwahati.

He praised the organisers for looking after his country's athletes.

"From the time we reached here we have been looked after very well and we have been given very good hospitality. I have no complaints on this," said Siddiqui, under whose captaincy Pakistan had won the 1978 hockey World Cup.

But Siddiqui has one complaint, that of not giving Non Validated Passes to some of his athletes who were to take part in the Games. Around a dozen Pakistanis were not given NVPs, which were to act as visas, and Siddiqui said he had taken up the matter with the Indian authorities.

"I have taken up the matter with the organisers and the IOA but now the Games is about to be over. It was in their court," he said.

Siddique, meanwhile, rued that Pakistan athletes were not doing that well in this 12th edition of the Games. Pakistan had finished second in 10 out of the 11 earlier editions and in Guwahati they in a distant third much below Sri Lanka and far below medal tally toppers India.

"I am not happy about Pakistan's performance. We have not done well to the level we could have done. There are many reasons," he said.

He, however, refused to blame the factional fight in the Pakistan Olympic Association as the reason for the poor performance.

"I don't think that was the reason," he replied when asked about the problems in the POA, which was resolved just before the start of the Games.

POA held its elections last month after a long internal feud with one faction being supported by the government. Pakistan was at one time on the verge of being suspended by the International Olympic Committee. 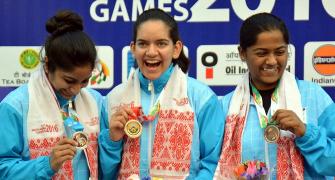 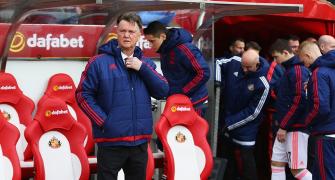 Why top four finish is DIFFICULT for Man Utd... 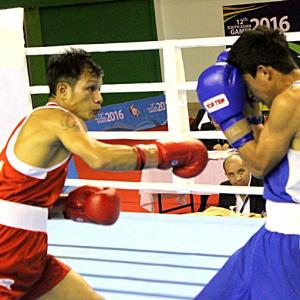