No permission given to kabaddi players to go to Pakistan: Kiren Rijiju 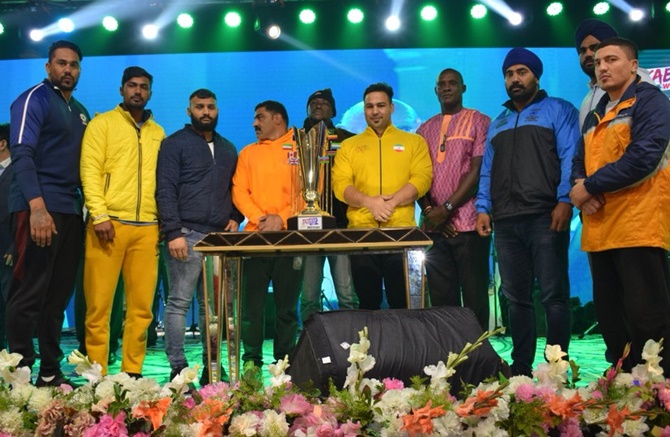 No Indian player was given permission to travel to Pakistan to participate in the World Kabaddi Championship, clarified Union Minister for Sports and Youth Affairs Kiren Rijiju on Monday.

"Nobody has given permission to any kabaddi players to go to Pakistan. Issuance of giving visa is the sovereign prerogative of a country, we have no role in granting visa," Rijiju said.

"We'll talk to the Kabaddi federation on whether it was an informed visit or not. With regard to visa, we have no role. But playing in the name of country or India's flag being used, these are the matters to be investigated," Rijiju added.

Earlier, the administer of Amateur Kabaddi Federation of India (AKFI) Justice SP Garg said the body never gave any permission to any kabaddi team to play match in Pakistan and legal action may be taken against the defaulters.

"AKFI has no information about any Kabaddi team to have gone to Pakistan. No permission was ever granted by AKFI to any team to go to Pakistan and play any Kabaddi match there. We came to know about it only after information was sought. AKFI does not support any such activity. Legal action may be taken against the defaulters," Garg had said.