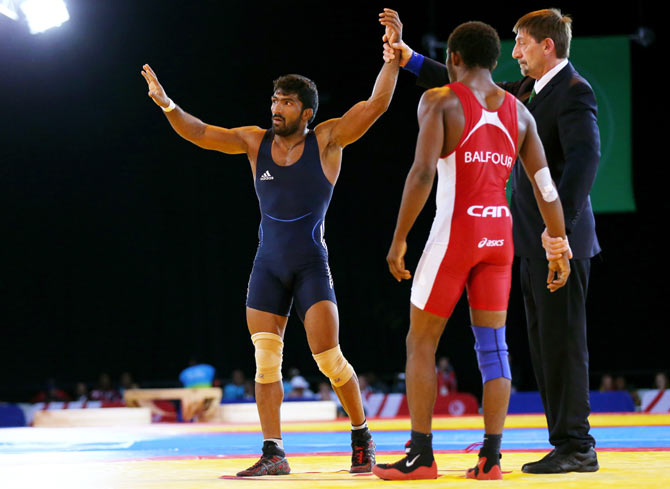 Yogeshwar Dutt's London Olympics bronze medal will not be upgraded to gold after the United World Wrestling (UWW) on Tuesday made it clear that the top-place finisher in men's 60kg freestyle -- Togrul Asgarov – never tested positive for a banned substance.

Earlier reports claimed that Asgarov of Azerbaijan, who won the gold medal in the men's 60kg freestyle category at the 2012 London Games, had tested positive for consuming performance enhancing drugs.

But on Tuesday the world body has confirmed that the Azerbaijani wrestler's has not committed any dope violation.

As a result of the failed dope test by the four-time world champion and two-time Olympic medallist Kudukhov, who had died in a car crash in 2013 in southern Russia, bronze medallist Yogeshwar is likely to be handed the silver medal.

Yogeshwar, who had bowed out in the first round of men's 65kg freestyle at the recently concluded Rio Olympic Games, had lost to Kudukhov in the pre-quarterfinals at the London Games. But once the Russian advanced to the final, the 33-year-old grappler got another chance in the repechage round and went on to win a bronze.

However, an official confirmation on whether Yogeshwar would get the silver is still awaited, as the Indian's dope test from the 2012 Games is yet to be cleared before he could be handed the upgraded medal.

As per WADA's revised norms, samples taken for dope tests from international tournaments are now been stored in deep freeze up to 10 years in order to allow the use of advanced technology, available with the passage of time, to catch the dope cheats to ensure that "the clean athletes get justice even if it comes a bit late".

The IOC has been re-testing the samples collected at London as well as 2008 Beijing Olympics, besides other international tournaments, keeping in view of the new rules. 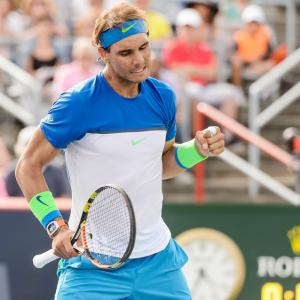