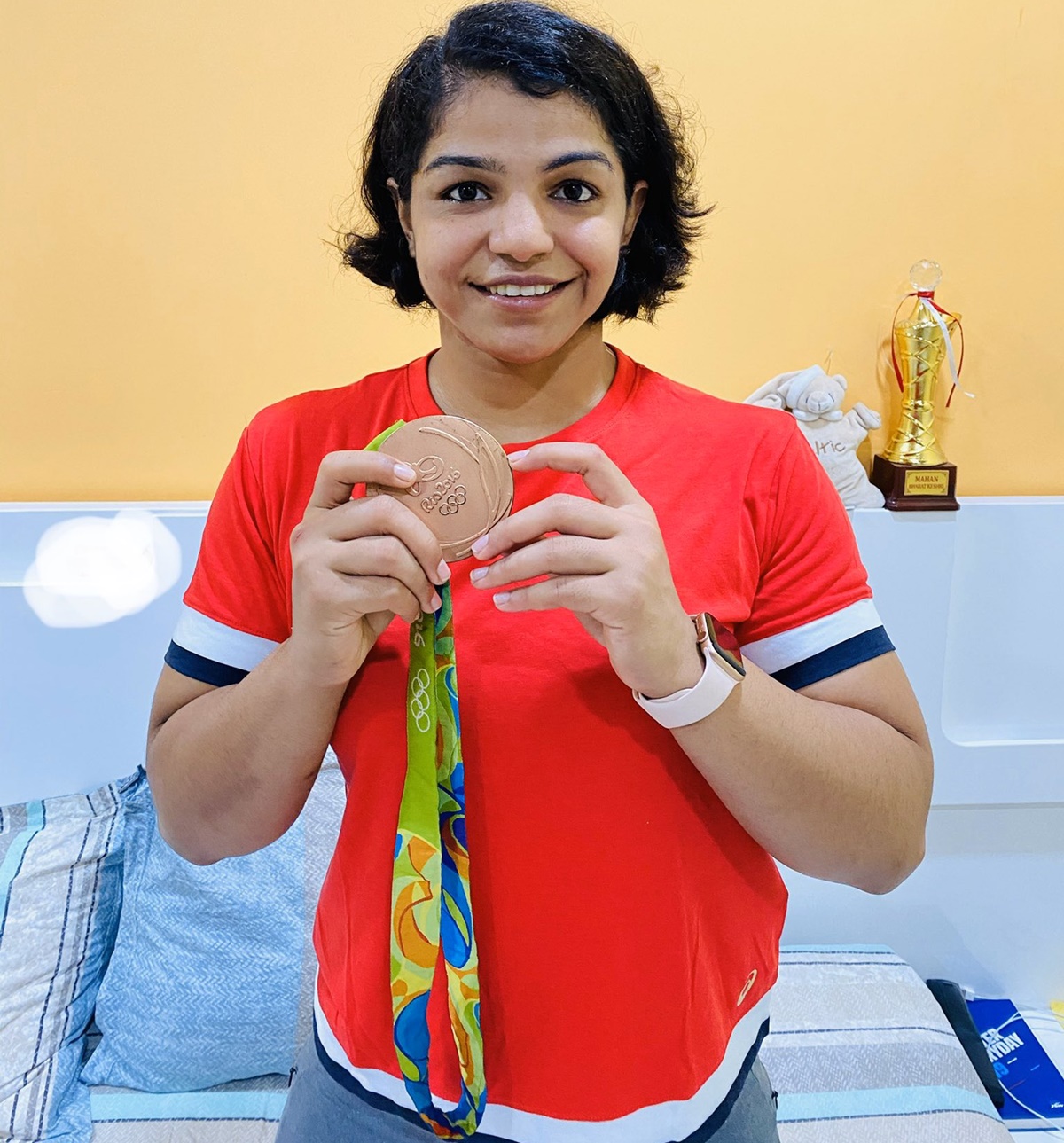 The Sports Ministry, on Friday, decided against bestowing the Arjuna award on former Khel Ratna winners Sakshi Malik and Mirabai Chanu, pruning the list to 27 but accepted an unprecedented five recommendations for the country's highest sporting honour this year.

Last week, the Justice (retd) Mukundakam Sharma-led selection committee had recommended 29 names for the Arjuna Award to the Sports Ministry.

The list also included Rio Olympics bronze medal-winning wrestler Sakshi and 2017 weightlifting world champion Mirabai, but the decision on bestowing the Arjuna on them was left to the discretion of Sports Minister Kiren Rijiju.

This was due to the fact that they had already won the Khel Ratna, the country's highest sporting honour.

The strange decision to include their names raised eyebrows and attracted criticism.

While Sakshi won the Khel Ratna in 2016 for her bronze in Rio, Mirabai was bestowed with the prestigious honour in 2018, after her exploits at the world championships the previous

In a first, the awards will be held virtually on August 29, the National Sports Day, instead of the Rashtrapati Bhavan this year due to the COVID-19 pandemic.

Paddler Manika Batra's recommendation for the Khel Ratna raised doubts as she has not won anything of note since the Arjuna award on the back of her exploits at the 2018 Commonwealth Games in Gold Coast.

The recommendation of Rani Rampal also raised questions even though she helped the Indian hockey team secure a berth at the Tokyo Olympics, besides leading the team into the final of the 2018 Asian Games in Jakarta, where it lost to Japan 1-2.

The sports fraternity, though, lauded the Arjuna recommendation of Winter Olympic Games legend Shiva Keshavan, who has represented India six times in the luge event at the Games from 1998 to 2018.
Keshavan has won innumerable medals for India at the international level and has several world and Asian records to his name.

With the sports ministry pressing for recognition to indigenous sport, the Arjuna Award list also included an athlete from kho-kho (Sudhakar Sarika Kale).