Nigeria and Burkina Faso set up battle for African crown

Rampant Nigeria and impressive Burkina Faso will meet in the final of the African Nations Cup at SoccerCity in Johannesburg on Sunday after two highly dramatic if contrasting semi-final victories on Wednesday.

Nigeria pulverised Mali 4-1 in Durban with the most accomplished showing of any team in the tournament so far, hammering in three goals before halftime.

Burkina Faso, who started the competition as rank outsiders, battled to a 1-1 draw with Ghana after extra time before triumphing 3-2 on penalties on the sandy Mbombela Stadium pitch in Nelspruit.

The only discordant note for the Stallions is a ban for Sunday's match for their dangerous winger Jonathan Pitroipa who was shown a second yellow card for simulation three minutes from the end of extra time.

However, coach Paul Put said afterwards the team would launch an immediate protest against the decision by Tunisian referee Slim Jedidi. 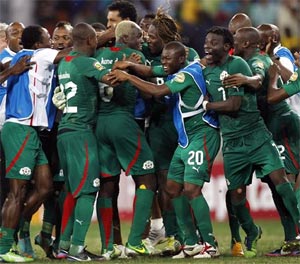 It will be Nigeria's seventh final as they seek their first title for 19 years and Burkina Faso's first as they bettered their best showing in 1998 when they reached the semi-finals in their own country.

They also showed impressive reserves of stamina as they were also forced to play extra time on Sunday before beating Togo 1-0 in the quarter-finals.

Nigerian coach Stephen Keshi now has the chance of becoming only the second man in the tournament's 56-year history to win the title as both player and coach following Mahmoud El Gohary of Egypt who won the title in 1959 as a player and 1998 as a coach, in Burkina Faso.

The team's performance represents a chance for some redemption for Put who was banned for life in his native Belgium after being involved in a match-fixing scandal in 2007.

Nigeria, back in the final for the first time since 2000 and seeking their first title since 1994 when Keshi led the side, recovered from a slightly nervous start against Mali to score three goals in 20 minutes to effectively wrap the match up by halftime.

Defender Elderson Echiejile broke the deadlock when he stooped to head home a Victor Moses' cross after 25 minutes, and within five minutes Nigeria had doubled their lead when Brown Ideye also got on the end of a Moses' cross and forced the ball in.

Mali conceded a third on the stroke of halftime when Momo Sissoko deflected a powerful free-kick from Emmanuel Emenike into his own goal, and they were 4-0 down in the 56th minute after substitute Ahmed Musa scored three minutes after replacing Moses.

Mali famously battled back from trailing Angola 4-0 in the opening match of the 2010 finals to draw 4-4 but no such recovery looked likely on Wednesday, although they did score a consolation through Chieck Diarra 15 minutes from time.

The drama in Nelspruit was not quite as explosive as Nigeria's scoring spree but was far more nerve-wracking for everyone involved as the match went to extra time and penalties.

Ghana, looking for their fifth African crown but their first since 1982, went ahead after 13 minutes when Mubarak Wakaso scored from a penalty, his third spot kick of the tournament and his fourth goal in total.

But Burkina Faso responded well and never stopped pushing forward for the equaliser which eventually came after 60 minutes when the unmistakable Aristides Bance, with his shock of dyed blond hair, fired home.

Bance had a night to remember having eight goal attempts in all, and seeing a header and a fiercely struck close range shot both saved on the goalline, the first by Ghana keeper Fatau Dauda and the second by the impressive defender Harrison Afful.

Although both teams battled hard for the winner, the decisive goal never came despite end-to-end attacks in a highly entertaining two hours.

The deadlock was finally broken in the shootout which started badly for Ghana when defender Isaac Vorsah sent the first kick wide.

Bakary Kone and Henri Traore scored Burkina Faso's first two penalties while Christian Atsu and Afful kept Ghana in the chase by scoring theirs. Then, with the scores at 2-2, Paul Koulibaly missed for Burkina Faso only for Emmanuel Clottey to then miss for Ghana.

The irrepressible Bance then stepped up to effectively hit the winner, putting Burkina Faso 3-2 ahead. The match was decided moments later when Ghana's Emmanuel Agyemang Badu missed with an awful penalty after a weak shimmy and shot.

Ghana will now face Mali in the third-place playoff in Port Elizabeth on Saturday while Nigeria and Burkina Faso prepare for the tournament climax in front of 90,000 fans on Sunday. 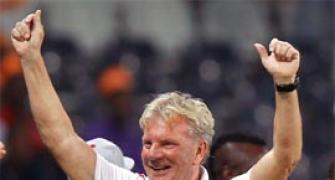 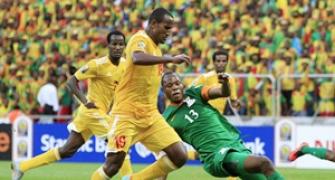 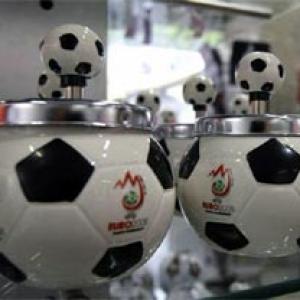