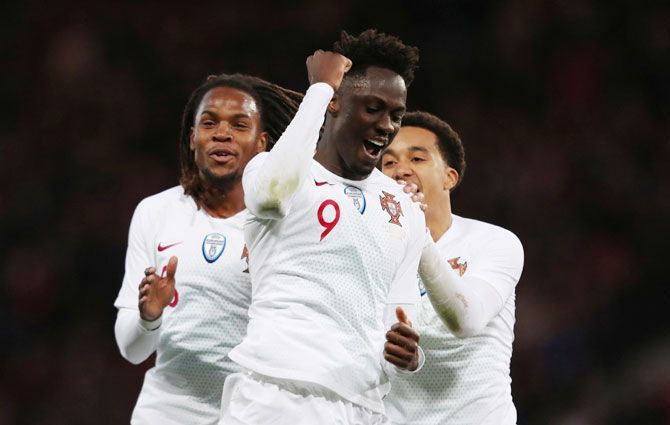 Portugal forward Eder scored his first international goal since the Euro 2016 final against France to complete a 3-1 friendly win over Scotland on Sunday.

Debutant Helder Costa opened the scoring on his international debut for an experimental Portugal who made 10 changes from the team which started the 3-2 Nations League win in Poland on Thursday.

Bruma added a third and Steven Naismith scored a consolation for the hosts. Captain Cristiano Ronaldo was left out of the Portugal squad altogether for this month's games by mutual consent with coach Fernando Santos.

Scotland, beaten 2-1 win in Israel in the Nations League in their last outing, managed to hold their own until Bruma freed Kevin Rodrigues and his low cross was turned in by Costa in the 44th minute.

The European champions went further ahead in the 73rd minute when Renato Sanches floated a cross into the area and Eder out-jumped his marker to head in.

The Guinea-Bissau-born forward was making his first Portugal appearance for 18 months and his fifth since scoring the only goal for the Euro 2016 final against France.

Bruma, always dangerous, latched on to a through pass, cut inside his marker and fired past Craig Gordon to add a third goal with six minutes left.

Naismith made the scoreline more respectable in stoppage time, clipping the ball past Beto after being set up by Gary Mackay-Steven’s clever backheel. 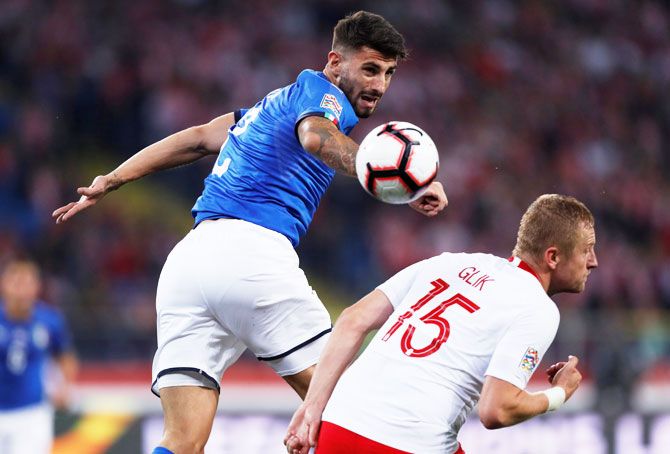 Italy snatched a dramatic and deserved 1-0 win away to Poland in their Nations League match on Sunday thanks to a stoppage-time header from Cristiano Biraghi, his first international goal.

Biraghi gave Italy their first win in the competition and also their first in a competitive match since Roberto Mancini took over as coach in May.

It also meant that Poland, who have one point from three games after also losing at home to Portugal on Thursday, will finish bottom of Group Three in League A and will be relegated to the second-tier League B.

It was a richly-deserved win for Italy who produced one of their best performances in the last few years and twice hit the crossbar in the first half.

Italy have four points from three games while leaders Portugal, who remain firm favourites to win the group and qualify for the semi-finals at the end of the season, have six from two.

"We dominated the match, we should have scored earlier and it would have been very unfair if the game had finished 0-0," said Mancini who is rebuilding the side after their failure to qualify for this year's World Cup.

"It's a great win, we can still improve a lot but it needs patience -- these lads need time."

Poland made six changes to the team which lost to Portugal while Italy's line-up was unchanged from Wednesday's 1-1 draw at home to Ukraine.

Italy immediately took the initiative and midfielder Jorginho curled a shot against the bar in the first minute.

Lorenzo Insigne dinked the ball on to the roof of the net from Alessandro Florenzi's pass and the Napoli forward also struck the woodwork on the half-hour after Federico Chiesa sent him clear.

Jorginho then forced Wojciech Szczesny to make a difficult save as Italy continued to dominate the game and create chances.

Italy continued to push forward after halftime, playing some flowing football in the process, and should have gone ahead when Federico Bernardeschi found himself with a free header from Chiesa's cross but sent his shot wide of the target.

Then it was Poland's turn as Kamil Grosicki was sent clear by Roberto Lewandowski. His shot was parried by Gianluigi Donnarumma and the rebound fell to Arkadiusz Milik who fired wide.

A draw would have guaranteed Portugal top spot with two games to spare but Italy finally got their reward in the 92nd minute.

A corner was touched on by substitute Kevin Lasagne at the near post and Biraghi, winning his third cap, headed in to spark delirious celebrations on the Italy bench. 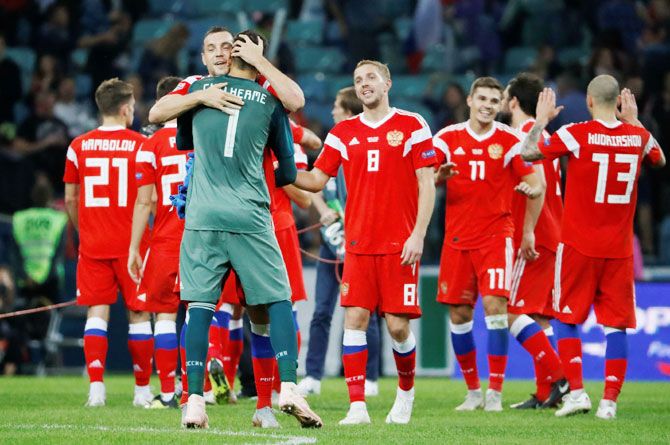 IMAGE: Russia's Artem Dzyuba and Guilherme celebrate after the match against Turkey at Fischt Stadium in Sochi on Sunday. Photograph: Sergei Karpukhin/Reuters

Goals either side of halftime by Roman Neustadter and Denis Cheryshev handed Russia a 2-0 win against Turkey in their UEFA Nations League B, Group 2 match on Sunday.

A powerful drive by Russian defender Georgy Dzhikiya following a corner hit the post before finding Neustadter, who tapped the ball behind Turkish goalkeeper Sinan Bolat to open scoring in the 20th minute.

Russia doubled their lead in the 78th minute when substitute Cheryshev latched on to Aleksandr Golovin's cross and fired home with a left-footed shot just inside the near post.

Russia, surprise quarter-finalists at this year's World Cup, lead Group 2 with seven points. They will travel to Sweden, who are bottom of the standings with one point but with a game in hand, on November 20. Turkey have three points.

© Copyright 2021 Reuters Limited. All rights reserved. Republication or redistribution of Reuters content, including by framing or similar means, is expressly prohibited without the prior written consent of Reuters. Reuters shall not be liable for any errors or delays in the content, or for any actions taken in reliance thereon.
Related News: Bruma, Portugal, Russia, Steven Naismith, Denis Cheryshev
SHARE THIS STORYCOMMENT
Print this article 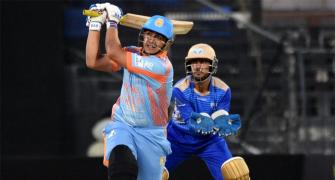 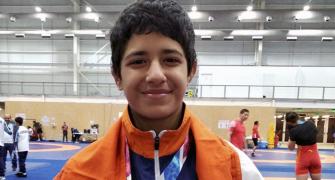 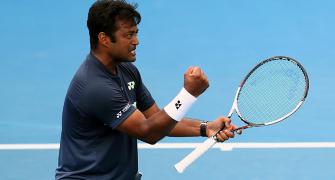 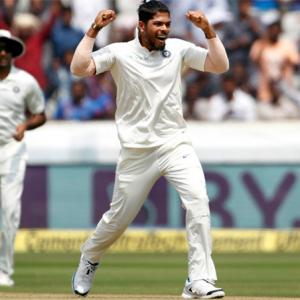 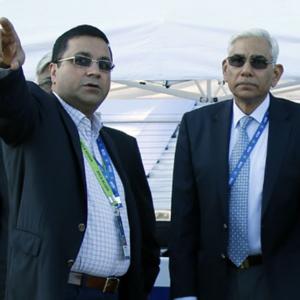