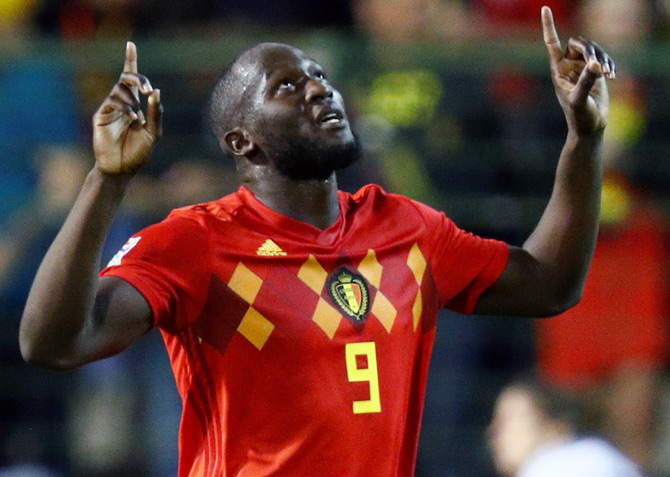 Romelu Lukaku scored twice to earn Belgium a 2-1 victory over Switzerland in the Nations League on Friday, lifting the mood in the country after a week marred by match-fixing allegations.

Belgium's second win in the group means they have won 11 of their last 12 matches, the only blemish being the World Cup semi-final defeat by France in July.

Lukaku broke the deadlock just before the hour mark, finding himself unmarked on the right as Thomas Meunier set him up for a left-foot shot that squeezed under the body of Swiss goalkeeper Yann Sommer.

But the Belgian defence were caught ball watching with about 15 minutes left as Xherdan Shaqiri’s free kick was headed back into the danger zone by Nico Elvedi and finished off from close range by substitute Mario Gavranovic.

Belgium defender Vincent Kompany went close with a headed opportunity from a corner and Lukaku blasted over from close range after being set up by substitute Nacer Chadli.

But the Manchester United striker made amends with the 84th- minute winner at the end of a flowing move which involved captain Eden Hazard and a deft pass from Dries Mertens to set Lukaku up for another left-foot finish.

Lukaku’s double, which lifted him to 45 goals in 78 internationals, ensured a bright end to a bad week for Belgian football in which 19 people, including two referees, soccer agents and the coach of champions Club Bruges, were charged on Friday with fraud or match-fixing.

Belgium play the Netherlands in a friendly in Brussels on Tuesday while the Swiss go to Iceland for their next Nations League game on Monday. 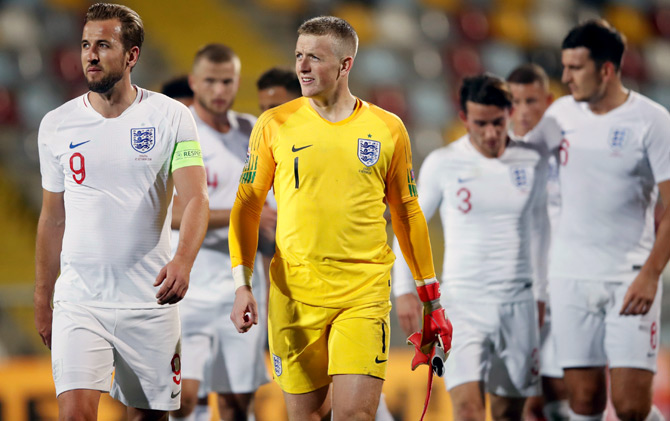 England wasted several gilt-edged chances as they were held to a 0-0 draw away to World Cup runners-up Croatia in a Nations League top-tier Group 4 clash behind closed doors on Friday.

Eric Dier and Harry Kane headed against the woodwork for the visitors while Marcus Rashford spurned two clear opportunities as England missed out on a first win in the new competition.

The result inside the near-deserted stadium left both sides with one point from two games behind runaway leaders Spain, who have six points and host England in Seville on Monday.

England manager Gareth Southgate was disappointed with the outcome, saying: "Second half we were by far the better team and if we had taken our chances we would have won the game.

"There would be more concern if we weren’t creating chances. We showed good endeavour and creative play. We have to keep getting in those situations."

Without any fans present as Croatia served the second game of a crowd ban for racist offences by their fans in Euro 2016 qualifying, the instructions from both benches echoed around the eerily empty ground in a tepid first half at the Rijeka stadium.

Midfielder Dier reflected on the first match England had ever played behind closed doors, although he noted the presence of a handful of England fans on a hill overlooking the ground.

"It was strange, the first experience of it for all of us," Dier told Sky Sports. "A couple of fans got up on the hill but once the game started it was in the back of our minds. We could easily hear the ones on the hill, they were the only ones here."

The game was built up by some English media as a chance for the visitors to avenge Croatia's 2-1 World Cup semi-final win in Russia in July but the game failed to produce any fireworks.

The only chance in the first half fell to Dier, who glanced his header against the far post after a Jordan Henderson corner.

Chants of 'God Save the Queen' from England supporters who had gathered outside the ground seemed to lift Gareth Southgate's side after the break but the woodwork and some dreadful finishing by Rashford denied them a goal. IMAGE: Eric Dier, of England, tries to get the ball past with Croatia's Luka Modric. Photograph: Antonio Bronic/Reuters

Kane headed a Henderson free kick against the bar before Manchester United forward Rashford served up a pair of astonishing misses in the space of two minutes.

He scuffed a feeble shot at Dominik Livakovic from eight metres when clear on goal and the keeper then denied him again with a superb reflex save from an almost identical position.

Croatia's Ivan Perisic forced a good save from Jordan Pickford with a stinging low shot and Ante Rebic, playing in an unfamiliar lone striker role, fired inches wide with a long-range effort for the revamped home side.

England's Jadon Sancho, Borussia Dortmund's exciting 18-year old winger, produced a darting run late on after coming off the bench to replace Raheem Sterling and make his international debut before the match fizzled out in the final few minutes.

Sancho became the second youngest England player to win his first cap in a competitive game, behind Manchester United's Duncan Edwards who died at the age of 21 as a result of the injuries he suffered in the Munich air crash of 1958.

© Copyright 2020 Reuters Limited. All rights reserved. Republication or redistribution of Reuters content, including by framing or similar means, is expressly prohibited without the prior written consent of Reuters. Reuters shall not be liable for any errors or delays in the content, or for any actions taken in reliance thereon.
Related News: Romelu Lukaku, England, Gareth Southgate, Eric Dier, Marcus Rashford
SHARE THIS STORYCOMMENT
Print this article 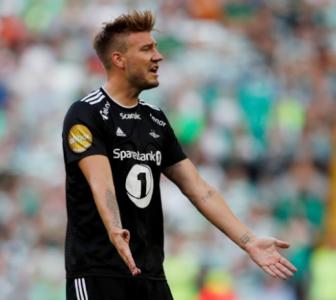 When soccer players were charged over attacks... 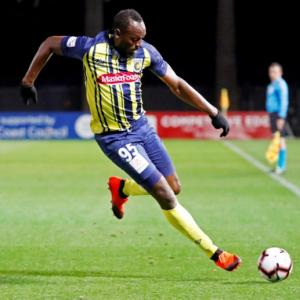