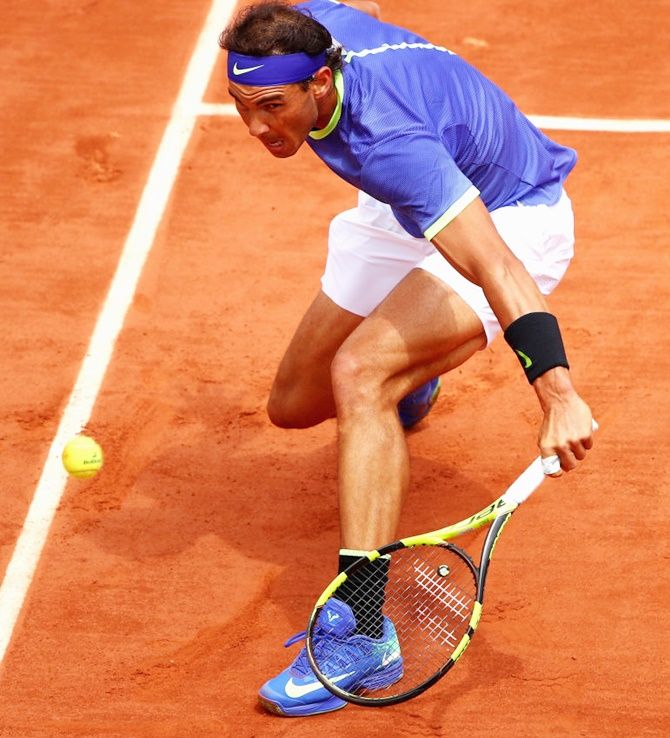 Rafael Nadal returned to Roland Garros after his birthday celebrations and showed no signs of slowing up, railroading compatriot Roberto Bautista Agut 6-1, 6-2, 6-2 in the fourth round on Sunday.

In yet another ominous performance, Nadal destroyed his opponent on Court Suzanne Lenglen to move into the quarter-finals and one step closer to a 10th Roland Garros crown.

Nadal, who turned 31 on Saturday and celebrated with two cakes, will next face another Spaniard, Pablo Carreno Busta, for a place in the semi-finals.

"He's a friend whom I appreciate very much," Nadal said of Carreno Busta.

"I hope things are going well for him, and he's someone I really like. He's a good person. I think he deserves it." 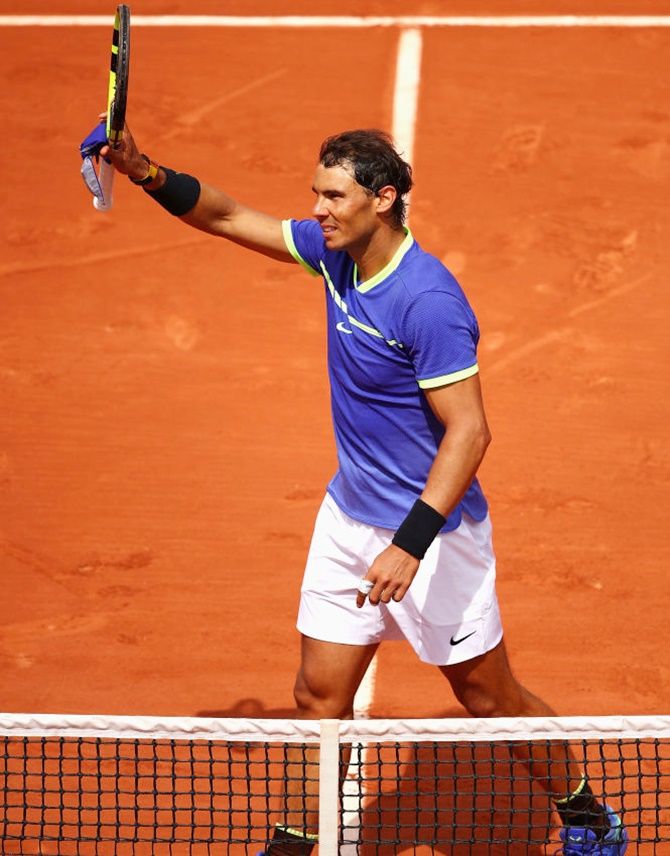 Whether Nadal will be so generous in the quarter-finals is extremely unlikely as he smashes his way through the draw.

The supreme claycourter, Nadal has managed to lift his level even higher this year. So far he has lost just 20 games - a record only bettered by the 19 he lost in 2012.

"This week was very positive. My level was good throughout the match. I won quite easily. Therefore, this has given me quite a lot of confidence," Nadal said.

"I have the impression I'm doing things well. I'm on the right tracks.

"And yet I fully respect each opponent and I respect the tournament itself, and each situation, as well."

© Copyright 2020 Reuters Limited. All rights reserved. Republication or redistribution of Reuters content, including by framing or similar means, is expressly prohibited without the prior written consent of Reuters. Reuters shall not be liable for any errors or delays in the content, or for any actions taken in reliance thereon.
Related News: Rafael Nadal, Roberto Bautista Agut, Roland Garros, IMAGE, Pablo Carreno Busta
SHARE THIS STORYCOMMENT
Print this article 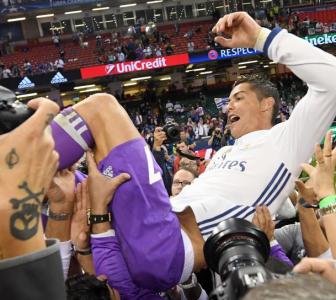 Ronaldo again delivers when it matters 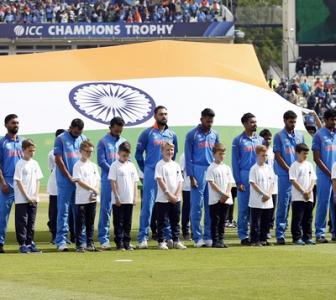 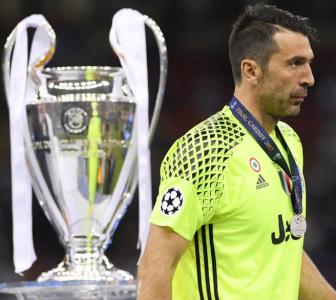 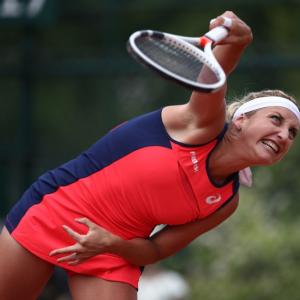 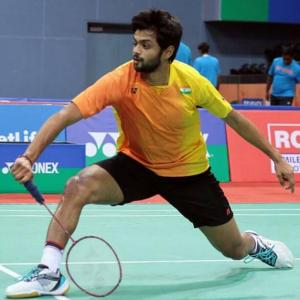