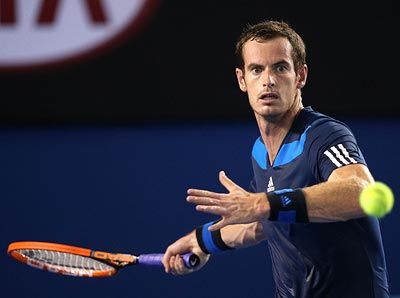 Andy Murray won 23 consecutive points in an inspired passage of play to emerge from a hole and roar to a 6-2, 6-2, 7-5 victory over qualifier Vincent Millot on Thursday and reach the third round of the Australian Open.

Two sets up and 1-1 in the third, Wimbledon champion Murray looked poised to coast to another easy win at Melbourne Park but was reduced to a spectator as the Frenchman charged into a 5-1 lead with a barrage of sweetly-struck winners under the lights at Rod Laver Arena.

Surprised but not rattled, the Scot steeled himself to save a set point before mounting an extraordinary counter-attack that ended with a booming serve and left him punching the air and yelling triumphantly.

"I was up 6-2, 6-2. Then out of nowhere he started playing unbelievable," Murray told reporters. "Sometimes you need to remind yourself that it's going to be hard for him to keep that up - it's low-percentage tennis.

"That's what I was trying to remind myself when I was 5-1 down. If I can just hang in and sort of weather the storm a little bit I might be able to come back.

"It was 6-5 when I went to serve for it and someone shouted out, 'you won 19 in a row'. I would say that's probably the most I've ever won in my career by far," said Murray.

"It's very difficult to do. I don't really know how I did it."

After successfully negotiating his fourth match since a long layoff from back surgery, the fourth seed will play Feliciano Lopez of Spain for a place in the fourth round.

The first-round retirement of American 13th seed John Isner and the late withdrawal of 21st-seeded German Philipp Kohlschreiber has left the draw wide open for the 26-year-old Murray who has lost three previous finals at Melbourne Park.

Improbably, Murray faces the prospect of a fourth-round clash with one of two lucky losers in French journeyman Stephane Robert, a 33-year-old ranked 119th, and 106th-ranked Slovak Martin Klizan.

"I feel much better than I did two weeks ago and every day hopefully I'll feel better and better," said Murray who, barring his brief stumble, was a model of controlled aggression in the two-hour match played out in muggy conditions.

"My body's not in a lot of pain right now. I'm not stiff and sore which is a good sign. Hopefully I wake up and feel fine again tomorrow.

"But it's all a process for me. I've never experienced this before. I'll try and deal with it as best I can. But I have a lot of positives for me so far.

© Copyright 2021 Reuters Limited. All rights reserved. Republication or redistribution of Reuters content, including by framing or similar means, is expressly prohibited without the prior written consent of Reuters. Reuters shall not be liable for any errors or delays in the content, or for any actions taken in reliance thereon.
Related News: Andy Murray, Melbourne Park, Rod Laver Arena, Feliciano Lopez, Philipp Kohlschreiber
COMMENT
Print this article 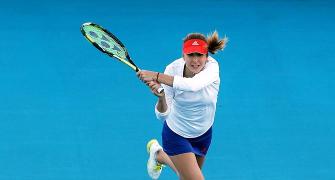 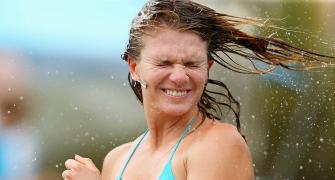 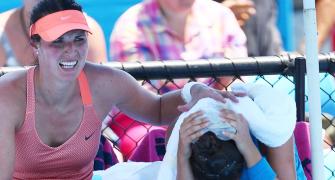 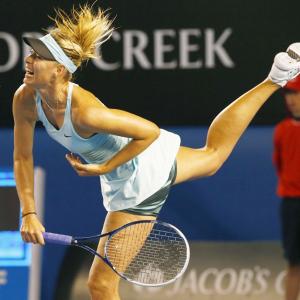 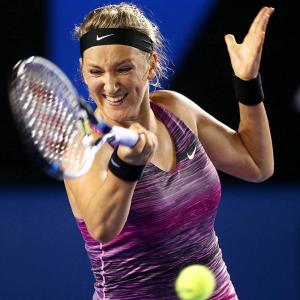