'I seriously can't believe there are people watching us at 3:15' 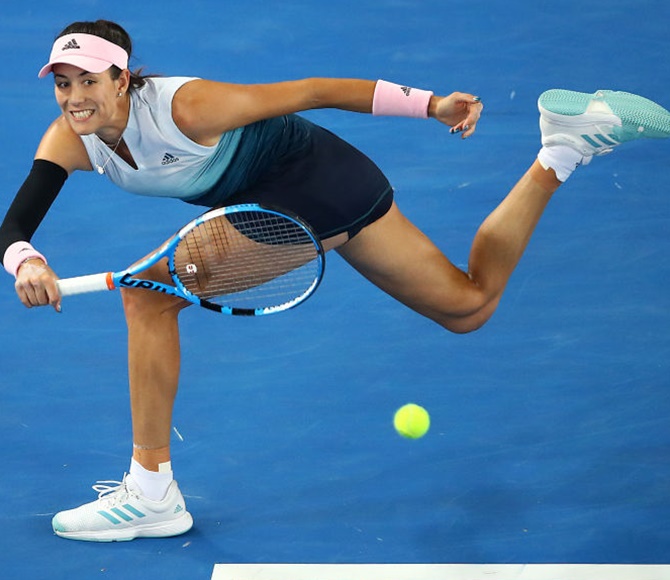 Garbine Muguruza claimed a 6-4, 7-6(3), 7-5 win over Johanna Konta early, on Friday, to reach the Australian Open third round and etch in her name into the record books as the winner of the latest starting match in the tournament's history.

With a log-jam in scheduling caused by two men's five-setters earlier on Thursday, 18th seed Muguruza and Briton Konta were kept from playing their first point until 12:30 a.m. local time (1330 GMT) in front of a smattering of hardy fans at Margaret Court Arena.

The start was more than half an hour later than Daria Gavrilova and Elise Mertens's second-round match at last year's tournament, which began a minute before midnight. 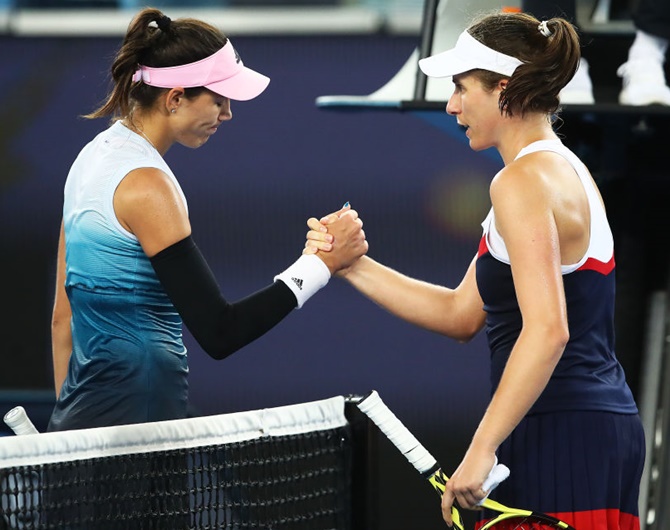 At the end of a high-quality duel, former Wimbledon champion Muguruza pounced on Konta's serve at 6-5 in the deciding set, grabbing a match point with a backhand winner before forcing a forehand error to seal the win.

"I mean, I seriously can't believe there are people watching us at 3:15. Like who cares?," twice Grand Slam champion Muguruza said on court.

"We play for you guys otherwise why are we here, for what?" Muguruza told the few remaining fans in the terraces.

While the two-hour 42-minute match did not wrap up until 3:12 a.m., it was still well off the record for the latest finish.

Muguruza will play Swiss Timea Bacsinszky for a place in the fourth round.

© Copyright 2020 Reuters Limited. All rights reserved. Republication or redistribution of Reuters content, including by framing or similar means, is expressly prohibited without the prior written consent of Reuters. Reuters shall not be liable for any errors or delays in the content, or for any actions taken in reliance thereon.
Related News: Garbine Muguruza, Johanna Konta, IMAGE, Cypriot Marcos Baghdatis, Margaret Court Arena
SHARE THIS STORYCOMMENT
Print this article 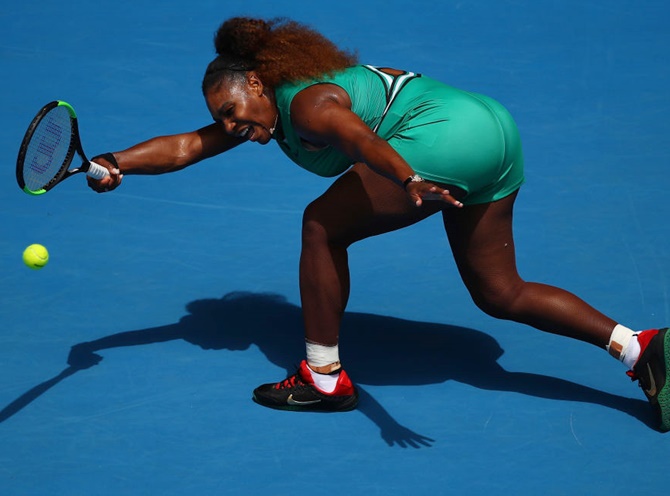