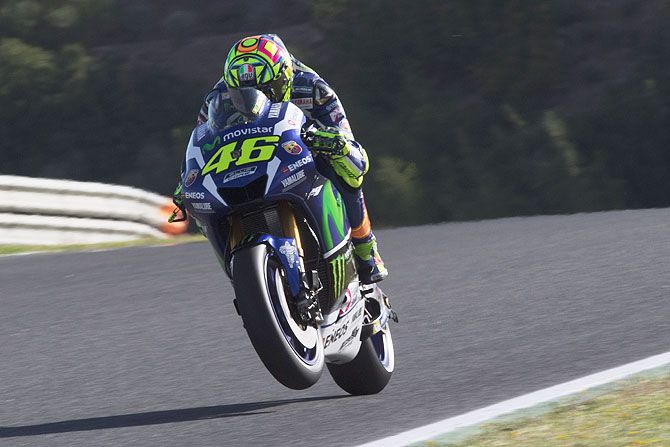 Italian MotoGP great Valentino Rossi won the Spanish Grand Prix on Sunday with a dominant pole-to-flag ride for the 113th victory of his career in all categories.

The 37-year-old Yamaha rider kept Spanish team mate and reigning world champion Jorge Lorenzo comfortably behind him to take the chequered flag with his front wheel in the air in celebration.

It was his 87th win in the top class.

After four of the season's 18 races, and the first round in Europe, Marquez has 82 points and Lorenzo 65. Rossi is third with 58.

© Copyright 2020 Reuters Limited. All rights reserved. Republication or redistribution of Reuters content, including by framing or similar means, is expressly prohibited without the prior written consent of Reuters. Reuters shall not be liable for any errors or delays in the content, or for any actions taken in reliance thereon.
Related News: Jorge Lorenzo, Valentino Rossi, Movistar Yamaha MotoGP, Marc Marquez, Circuito de Jerez
SHARE THIS STORYCOMMENT
Print this article 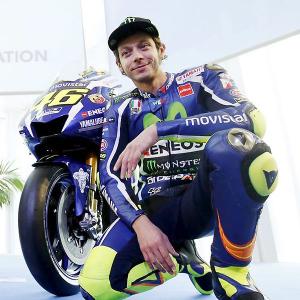 MotoGP: Valentino Rossi to race on with Yamaha until 2018