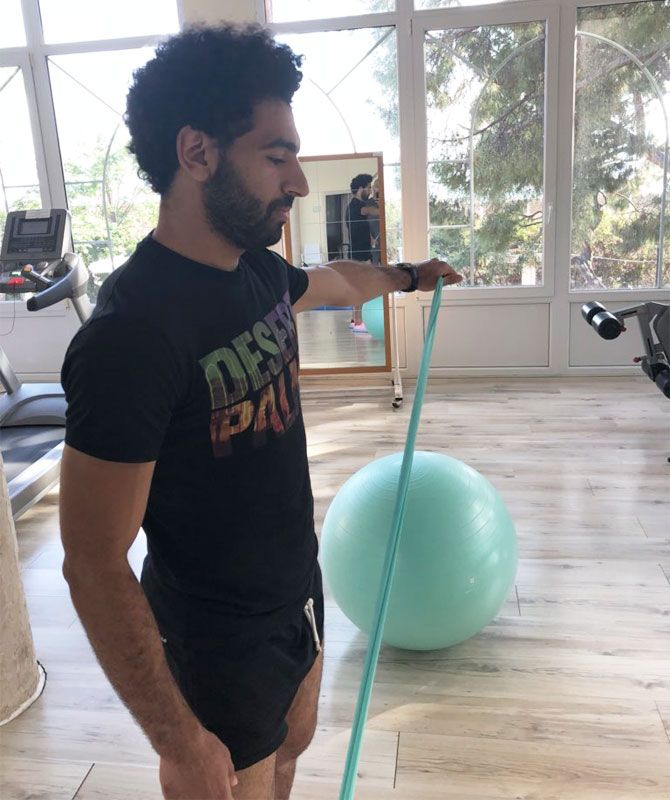 Liverpool and Egypt forward Mohamed Salah is showing positive signs of recovery from a shoulder injury ahead of the World Cup later this month.

The 25-year-old ended a breakthrough season for Liverpool in disappointing fashion when he was withdrawn injured in the first half of the Champions League final defeat by Real Madrid in Kiev on May 26.

The Egyptian walked off the pitch in tears as the injury cast a doubt over his World Cup participation but the striker who scored 44 goals in his debut campaign on Merseyside appears more optimistic as he continues his recovery.

"Good feelings... ," Salah said on his official Twitter account along with a picture of him at the gym.

The Egyptian Football Federation allayed fears of Salah's World Cup absence last week, saying in a statement that the playmaker was expected to be sidelined for a maximum of three weeks.

Egypt play Belgium in their final warm-up game on Wednesday before opening their World Cup campaign against Group A rivals Uruguay on June 15. Hosts Russia and Saudi Arabia also compete in the same group.