Top seeds Rafael Nadal, Roger Federer and Novak Djokovic all cruised into the quarter-finals of the Sony Ericsson Open with straight sets victories on Tuesday.

After rain delays earlier in the day, Federer took to the court at 12.40 a.m. local time but made short work of Belgian Olivier Rochus, winning 6-3, 6-1 in just 52 minutes.

Federer, who faces Frenchman Gilles Simon next, will meet Nadal in the semi-finals should they both progress.

Nadal had a similarly easy match, facing virtually no resistance from Ukrainian Alexandr Dolgopolov in a 6-1, 6-2 victory, winning 86 percent of first service points without facing a single break point.

The Spanish world number one will meet Czech Tomas Berdych, a 6-3, 2-6, 7-6 victor over German Florian Mayer, in the quarter-finals. 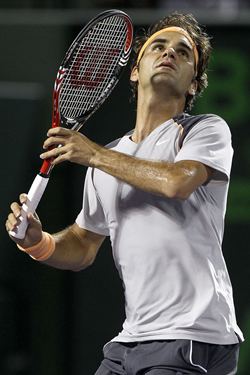 Djokovic remains unbeaten in 2011, chalking up 21 successive wins, and that record was never in danger against fellow Serb Viktor Troicki in a straightforward 6-3, 6-2 win.

The world number two was comfortable throughout and will now face South African Kevin Anderson in the last eight -- a player he lost to in this tournament three years ago.

"I will have an opportunity to get my revenge in the same court where I lost in 2008," the Serb said.

"But he keeps on playing really well on these courts, and you've got to give him credit for that. He beat some very good players and he has a big serve and is very aggressive. "

Djokovic though believes the South African will face a very different player though this time.

"I feel much more complete, as a more complete player today. I feel stronger and just have more experience. That's the difference from the player who was playing here three years ago," he added.

Fish is now one win away from replacing Andy Roddick as the top ranked American after his hard-fought victory in front of a crowd that was heavily backing his opponent.

Fish will overtake Roddick, who lost in his opening match here, should he beat Spain's David Ferrer in the quarter-finals.

© Copyright 2021 Reuters Limited. All rights reserved. Republication or redistribution of Reuters content, including by framing or similar means, is expressly prohibited without the prior written consent of Reuters. Reuters shall not be liable for any errors or delays in the content, or for any actions taken in reliance thereon.
Related News: Roger Federer, Andy Roddick, Novak Djokovic, Rafael Nadal, Florian Mayer
COMMENT
Print this article 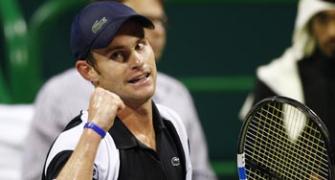 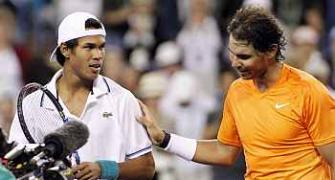 Dream run ends on a losing high for Somdev 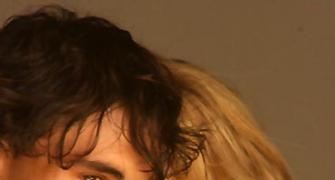 First Look: Bad boy's out in rebranding of Nadal 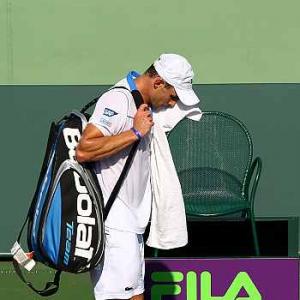 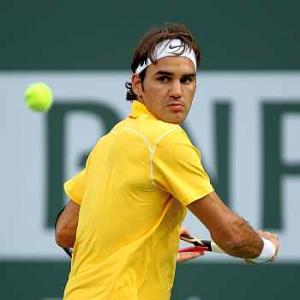