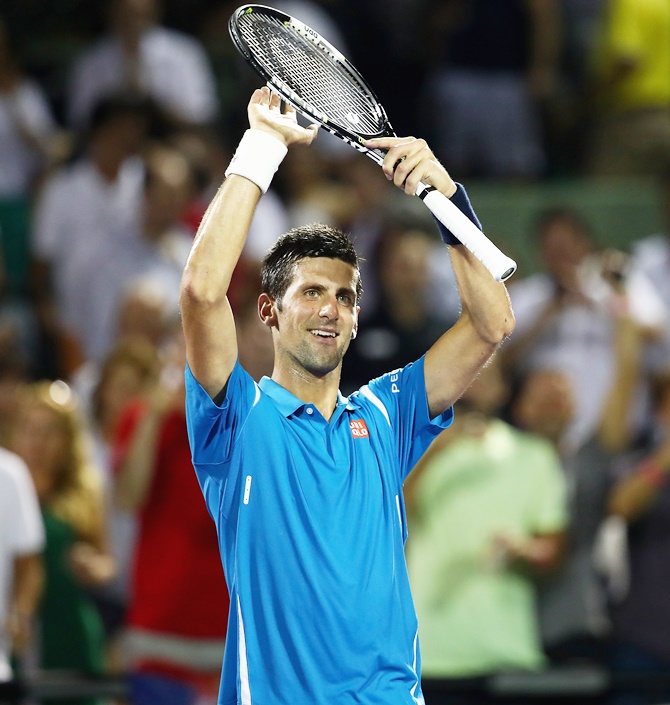 IMAGE: Serbia’s Novak Djokovic celebrates after his straight sets victory against Kyle Edmund of Great Britain in their second round match during the Miami Open. Photograph: Clive Brunskill/Getty Images.

Novak Djokovic barely got out of first gear but had more than enough in the tank to beat Briton Kyle Edmund 6-3, 6-3 in the second round of the Miami Open on Friday.

The top seed, who is trying to join Andre Agassi as a six-times Miami winner, improved his record since the start of 2015 to 105-7, picking up 14 titles along the way.

Just five days after an emphatic victory at Indian Wells, the Serb adjusted well to the steamy conditions in south Florida. He was broken once, in the first set, but broke 21-year-old Edmund four times.

Earlier in the day, Juan Martin del Potro had two surprises -- the first when his scheduled opponent Roger Federer withdrew with illness, and the second when he fell 6-4, 6-4 to lucky loser and fellow Argentine Horacio Zeballos.

World number 112 Zeballos did not face a break point en route to his first tour-level win of the year.

Former US Open champion Del Potro, on the comeback trail after missing nearly a year due a left wrist injury, was clearly bothered by the joint.

"He played well,” said del Potro of Zeballos. "He's a lefty, he can play to my backhand easier than anyone else. He played very smart.

"I was suffering a little bit. It was worse than in my first match, but I hope it’s nothing dangerous.

"It’d be a surprise for me to win a match at this moment because I'm not 100 percent yet. But I'm here playing tennis. That's good for me."

Jeremy Chardy of France, the 28th seed, went down 6-4, 6-4 to Spaniard Fernando Verdasco.

Briton Andy Murray, Spaniard Rafael Nadal and Japan's Kei Nishikori will be among those in action on Saturday. 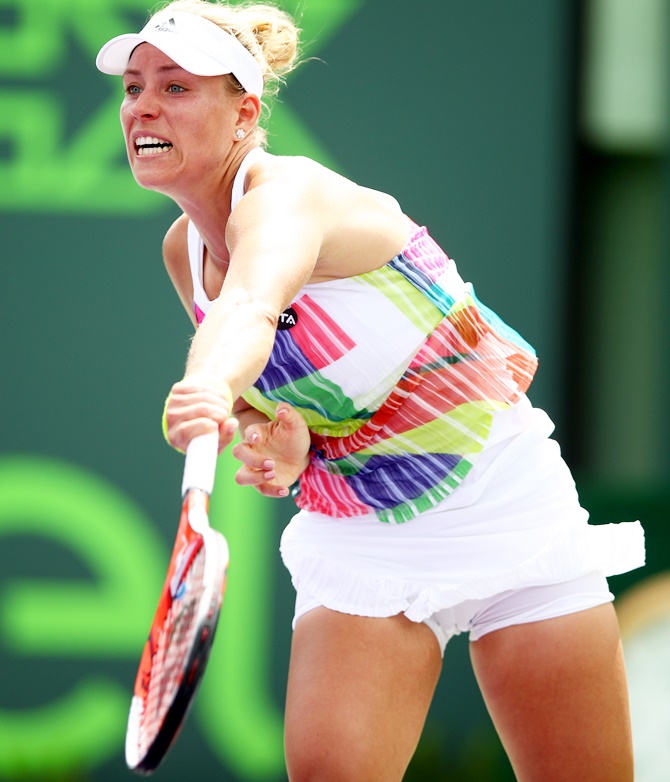 IMAGE: Germany’s Angelique Kerber serves against Barbora Strycova of the Czech Republic in their second round match during the Miami Open. Photograph: Clive Brunskill/Getty Images.

Australian Open champion Angelique Kerber rebounded from early exits at her last two tournaments with a 6-1, 6-1 second-round victory over Barbora Strycova at the Miami Open.

Kerber, who beat world number one Serena Williams to claim her maiden Grand Slam title in Melbourne, improved her record against the Czech to 4-0 without dropping a set.

Kerber fell at her first hurdle in Doha last month and again last week in Indian Wells, an exit that gave her plenty of time to prepare for Miami.

"I worked very hard before Miami, because I had a lot of time after Indian Wells and I think the hard work pays off again," Kerber told reporters. "I'm also a little bit more relaxed and healthy.

"At the end of such a great success it's always good to celebrate a little bit and of course no one can ever take it away from me.

"But now it's time to get on court and work hard again and do the same things that made me strong before Australia, getting ready for my next matches and tournaments."

In other matches on Friday, 10th seed Venus Williams was beaten 6-0, 6-7(5), 6-2 by Elena Vesnina. The Russian qualifier, who squandered a match point in the second set, expressed surprise with the result.

"I honestly was a little bit shocked after the first set, thinking, 'Ok, what's going on?'" Vesnina said.

"Even when I was up 5-3 (in the second set), I felt Venus was playing better and better and she raised her level up."

World number 54 Cibulkova seemed poised for an upset when she led 3-0 in the final set, but was broken in the fifth game and again in the penultimate game.

Seventh seed Belinda Bencic of Switzerland (back) and 18th-seeded Serbian Jelena Jankovic (shoulder) both retired from their matches.

© Copyright 2020 Reuters Limited. All rights reserved. Republication or redistribution of Reuters content, including by framing or similar means, is expressly prohibited without the prior written consent of Reuters. Reuters shall not be liable for any errors or delays in the content, or for any actions taken in reliance thereon.
Related News: Juan Martin del Potro, Angelique Kerber, Horacio Zeballos, Indian Wells, Novak Djokovic
SHARE THIS STORYCOMMENT
Print this article 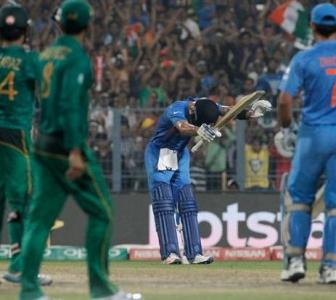 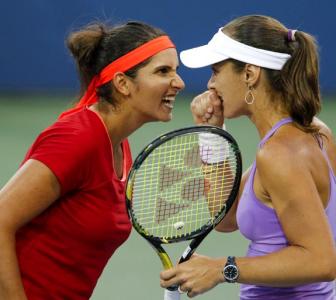 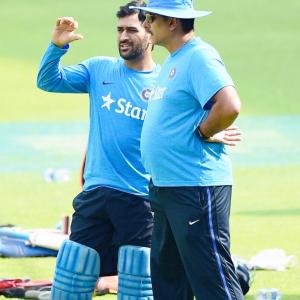 Who will win the knock-out berth clash? India or Australia? 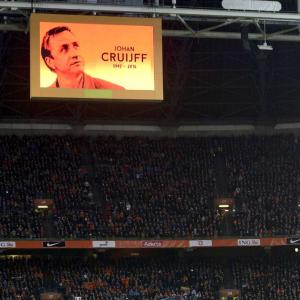