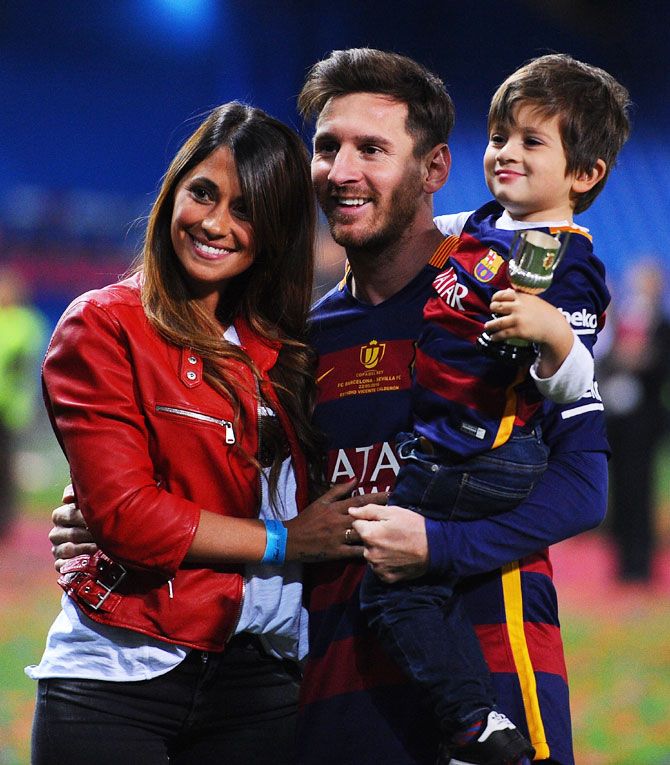 Argentina talisman Lionel Messi has revealed that his eldest son, Thiago, has little interest in the game in which his father has arguably become the greatest of his generation.

The 29-year-old Barcelona superstar has an enviable list of trophies in his cabinet, including five Ballon d'Or awards, eight La Liga titles and four Champions League crowns and that does not seem to be enough for his three-year-old son to make a connection with the sport.

"I don't buy him many balls or force him to play with them because he doesn't like them that much," Messi was quoted as saying by goal.com.

Messi, however, is still hopeful that his son would start embracing football sooner or later as he said that Barca are working on a project for the players' children to play the game.

"Let's see if he gets hooked that way, it would be a good start," he said.