The Argentina captain turns 31 in a few days and may be playing his last World Cup. He would need to win it to rival fellow great Diego Maradona for the eternal love of his compatriots. 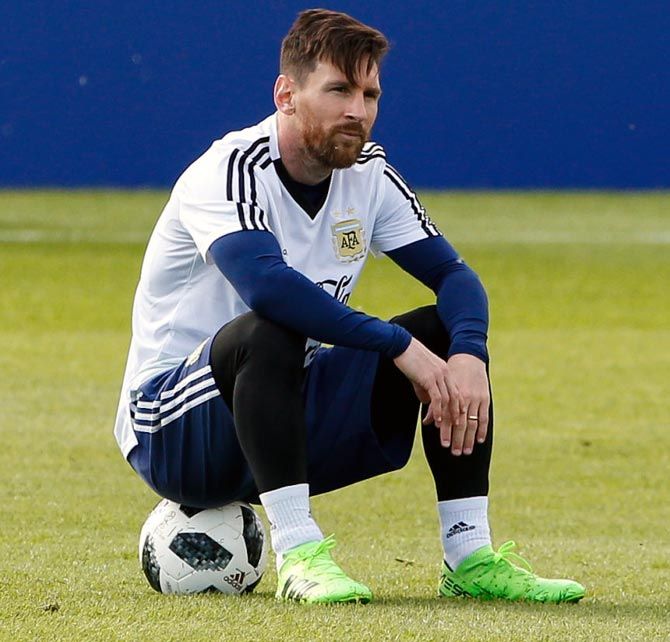 IMAGE: Lionel Messi has failed to replicate the glories of his Barcelona career on the international stage. Photograph: Gabriel Rossi/Getty Images

Stung by his failure to score a penalty and avert a disappointing draw against Iceland, Argentina's brilliant forward and captain Lionel Messi would love to make amends in their World Cup Group D match against Croatia on Thursday.

But the Croatians go into the game in ebullient mood after a comfortable 2-0 win over Nigeria, and will look to add to the frustrations of Messi who has failed to replicate the glories of his Barcelona career on the international stage.

Having led Argentina to an agonising final defeat by Germany four years ago, Messi turns 31 in a few days and may be playing his last World Cup. He would need to win it to rival fellow great Diego Maradona for the eternal love of his compatriots.

Croatia coach Zlatko Dalic has unashamedly turned to midfielder Ivan Rakitic - a team mate of Messi's at Barcelona - for ideas and tactics to stop him.

"I will use all the information I can," he said, declaring Rakitic his temporary "assistant" before the game.

"There is no perfect way to stop Lionel Messi ... he is the greatest player in the world. But while one excellent player can make a great result, a great team does the job much better ... We will go into the game a little bit more relaxed than them." 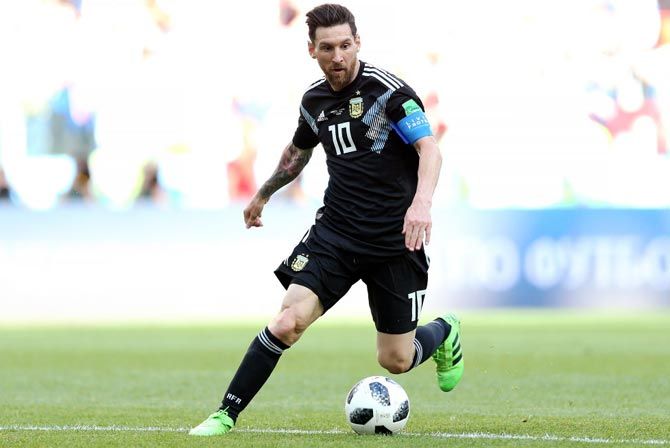 IMAGE: Lionel Messi missed a penalty as Argentina were held to a 1-1 draw by Iceland. Photograph: Gabriel Rossi/Getty Images

Those who followed closely Argentina's shaky qualification for the World Cup were not so shocked by the result against Iceland, and do not expect them to roll over Croatia despite their abundance of individual talent.

For reasons hard to fathom, they have looked ponderous and lacking in creative thrust throughout coach Jorge Sampaoli's year in charge despite boasting Messi and other big names like Paulo Dybala, Gonzalo Higuain, Sergio Aguero and Angel Di Maria.

"We will learn from what happened and we have to have the strength to win the next game," Sampaoli said after the Iceland defeat, seeking to stir his team into collective greatness.

Nevertheless, it is 32 years since Argentina last won the World Cup and 25 since their last silverware, the Copa America in 1993.

Croatia themselves are not short on top-quality players. As well as Rakitic, they also have the talented Luka Modric in midfield, and towering hitman Mario Madzukic up front.

With their strongest squad for years and in pole position in the group, Croatia dream of rivalling the glories of 1998, when they reached the World Cup semi-finals and finished third after a 2-1 win over the Netherlands in the playoff.

© Copyright 2023 Reuters Limited. All rights reserved. Republication or redistribution of Reuters content, including by framing or similar means, is expressly prohibited without the prior written consent of Reuters. Reuters shall not be liable for any errors or delays in the content, or for any actions taken in reliance thereon.
Related News: Lionel Messi, Argentina, Croatia, Getty Images, Jorge Sampaoli
COMMENT
Print this article 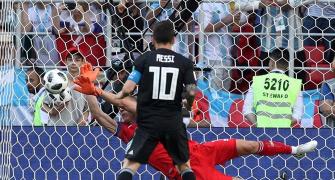 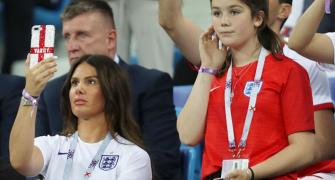 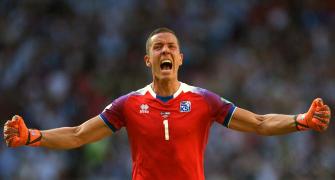 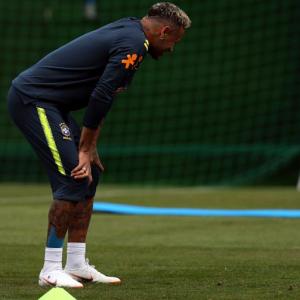 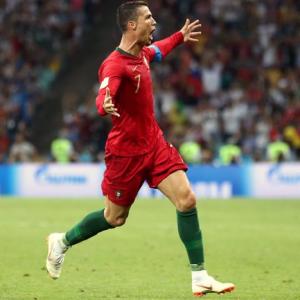