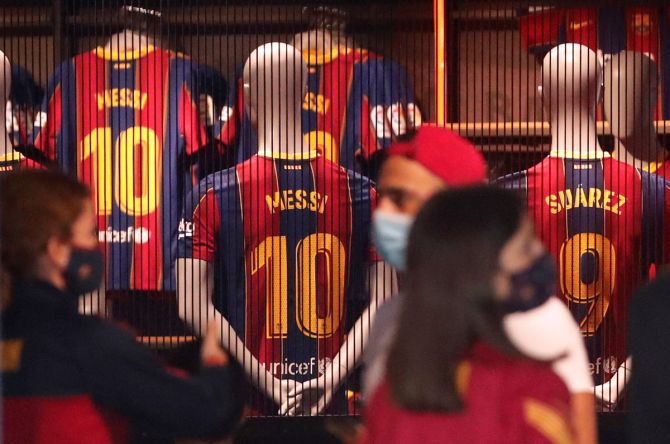 IMAGE: A Lionel Messi shirt is seen in a shop outside the Camp Nou. Photograph: Nacho Doce/Reuters

Lionel Messi counts himself 'lucky' to have worked under Pep Guardiola at Barcelona between 2008-12 and says the Spaniard brings 'something special' to coaching, comments that are likely to fuel speculation the pair could reunite at Manchester City.

Messi was a mainstay of Guardiola's Barca side that won 14 major titles and has been linked with a switch to City since the manager signed a new deal that will keep him at the Premier League club until the end of the 2022-23 season.

The Argentine player is into the final few months of his current contract in Spain having unsuccessfully tried to leave Barca during the close season.

"He makes you see things in one way: how he prepares for matches, defensively, how to attack ... he told you exactly how the match was going to be, how you had to attack to win."

"I was lucky ... to train under Guardiola and Luis Enrique, the two best. Having them made me grow a lot physically and mentally, and also the tactical wisdom they've taught me."

Guardiola said last month that he is unsure what the future holds for Messi but hopes that, as a Barcelona fan, he will remain at the La Liga club until the end of his career.

Lionel Messi missed Barcelona's return to training on Monday after being granted permission by the club to stay in Argentina, and he will also be absent from Tuesday's La Liga match at home to Eibar.

Barca said on Twitter that Messi, who is in the last year of his contract and is free to negotiate a move to rival clubs for free in 2021, would return to training after the Eibar game, meaning he will be back for their visit to Huesca on Jan. 3.

The Argentine returned to his home city of Rosario via private jet immediately after scoring in his side's 3-0 win away to Real Valladolid on Dec. 22.

The Catalan club did not immediately respond to a request for comment on Messi's absence, although Spanish media reports said it was to give the captain more time to rest in what has been a challenging season for their all-time top scorer.

© Copyright 2021 Reuters Limited. All rights reserved. Republication or redistribution of Reuters content, including by framing or similar means, is expressly prohibited without the prior written consent of Reuters. Reuters shall not be liable for any errors or delays in the content, or for any actions taken in reliance thereon.
Related News: Pep Guardiola, Lionel Messi, Barca, City, Barcelona
SHARE THIS STORYCOMMENT
Print this article 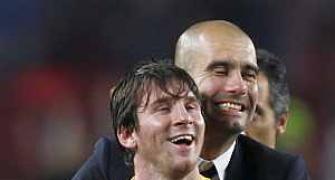 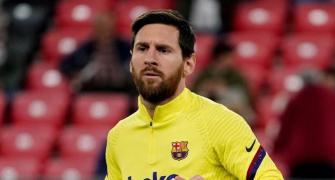 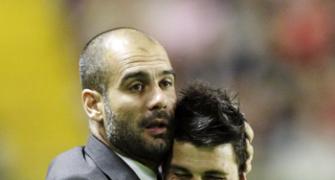 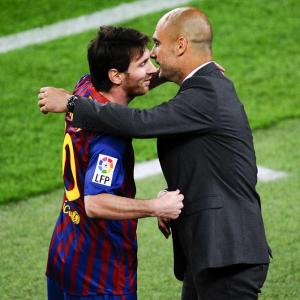 Guardiola wants Messi to end his career at Barca 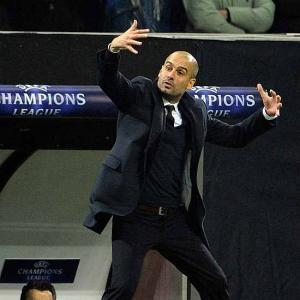 Guardiola more important to Barca than me: Messi