He had lost the motivation to compete and the death of his father last year had nearly convinced Diwakar Prasad to give up boxing.

It was only after much persuasion and counselling from Commonwealth Games gold medallist Akhil Kumar that the Olympian decided to give himself one final chance before hanging up the gloves.

Now back in reckoning after winning a bronze medal in his first international tournament in more than two years, Diwakar says he was an intimidated man before stepping into the ring at the just-concluded AIBA 3 Star China Open.

"It was scary. It was not as if I was not practising, I was there in the camp. But then two years had passed since I competed and I was intimidated after seeing my draw because I was up against Germany and France, both strong nations," the 26-year-old Diwakar said.

He beat both and entered the semi-finals but lost a close bout to a local favourite. The performance has lifted him and he is rearing to go once again even as he recovers from the trauma of his father's death.

"This medal has given a new meaning to my life. I lost my father last year in November and I can never forget the fact that when he suffered that fatal heart attack, I was not even by his side, I was training in a camp. That was a huge loss, it shattered me and I told myself that it's over," he recalled.

As he mourned his father's death at his Jharkhand home, Diwakar said Akhil called him to not just offer condolences but also persuade him to return to the national camp.

"I just don't know what relationship exists between the two of us. He kept pushing me that I can't give up like this. It used to irritate me and drive me crazy at times because he would just barge into my room if I didn't come to train on any given day. I always wondered just why he wanted to be there for me all the time," he said.

"But frankly, had it not been for him, I don't know if I would have had the motivation to continue because I had lost so much. The biggest being my dad's death. He was my mentor, the man who introduced me to boxing and I wasn't even there when he died. It still hurts," he said with tears in his eyes.

"I dedicate this medal to my dad and Akhil because both of them gave a new dimension to my life," he added.

The emotional turmoil was not the only challenge, Diwakar also had to compete in an all-new weight category after the International Boxing Association rejigging of divisions led to the scrapping of feather weight (57kg). He shifted to the higher light weight (60kg) only last year but has adapted.

"It's a new birth for me," he signed off with a smile. 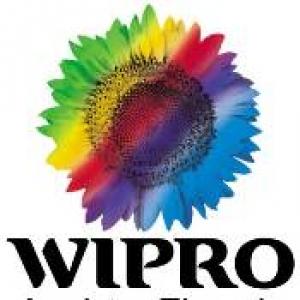