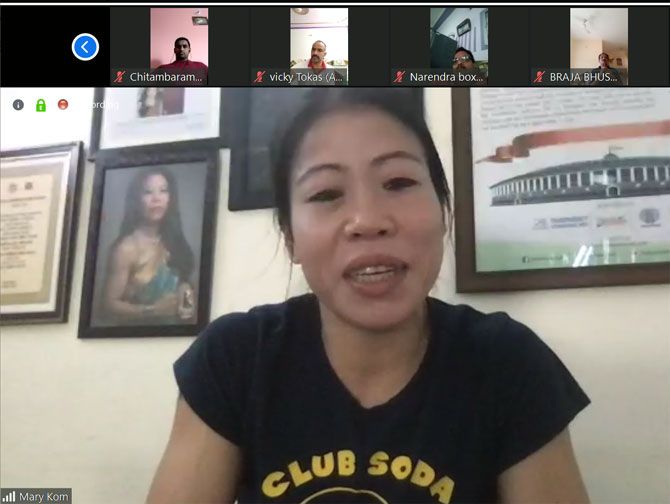 IMAGE: MC Mary Kom was joined by the Indian teams' doctors and physiotherapists during the session that was watched by close to 300 participants.

Six-time World champion M C Mary Kom on Tuesday explained the nuances of injury-management to fellow boxers in an online education programme of the Boxing Federation of India.

Mary Kom was joined by the Indian teams' doctors and physiotherapists during the session that was watched by close to 300 participants, the BFI said in a press release.

"...interacting with them (doctors and physios) helped me understand the importance of being aware of my body. How doing exercises can prevent so many injuries and surgery is not always the only answer, I understood much later," said the Olympic bronze-medallist.

The doctors and physiotherapists spoke extensively on some of the most common beliefs such as "I am already flexible, so no need to stretch", "training with weights will aggravate my injuries" and "taping will protect me from injuries".

The pugilist shared a recent instance of a back injury which started bothering her. She had to undergo extensive physio sessions to overcome it.

Mary Kom urged the participants to realise how exercise is the best medicine and physio's advice is the best solution.

Source: PTI  -  Edited By: Harish Kotian© Copyright 2020 PTI. All rights reserved. Republication or redistribution of PTI content, including by framing or similar means, is expressly prohibited without the prior written consent.
Related News: Mary Kom, Boxing Federation of India, IMAGE
SHARE THIS STORYCOMMENT
Print this article 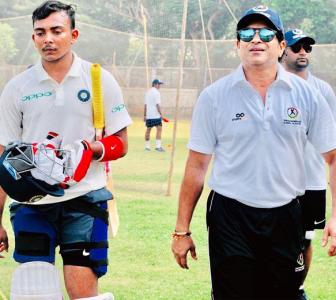 I spoke to Prithvi about life beyond cricket: Sachin 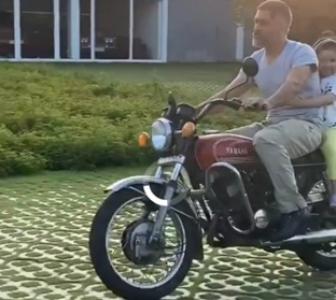 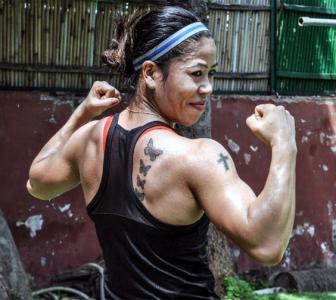 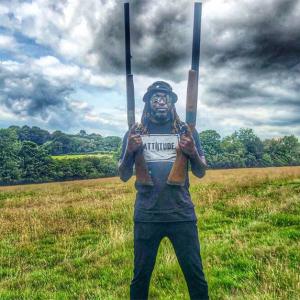