Three-time World champion Carolina Marin clinched the European Championships title for the sixth time on Saturday, making a triumphant return after a knee injury sidelined her for 10 months.

Marin, who injured the anterior cruciate ligament (ACL) in her left knee in June last year, was unable to defend her women's singles crown at the Tokyo Olympics.

"I feel extremely happy, but it's not about winning the gold medal today. Being able to come back and playing my first tournament of the season is bigger," said former world number one Marin.

"I needed to improve my game and play some matches to gain confidence. I could do that in this tournament. I will enjoy this big story with my team, friends, and family right now.

"On Monday, we start again."

Marin, who is now ranked sixth, won the Olympic gold in 2016 at the Rio de Janeiro Games after beating India's P V Sindhu.

© Copyright 2022 Reuters Limited. All rights reserved. Republication or redistribution of Reuters content, including by framing or similar means, is expressly prohibited without the prior written consent of Reuters. Reuters shall not be liable for any errors or delays in the content, or for any actions taken in reliance thereon.
Related News: Carolina Marin, Kirsty Gilmour, IMAGE, Madrid, Sindhu
COMMENT
Print this article 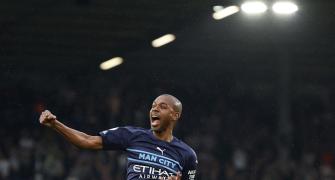 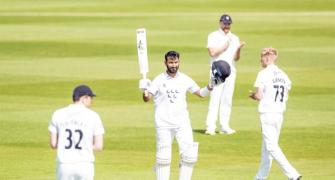 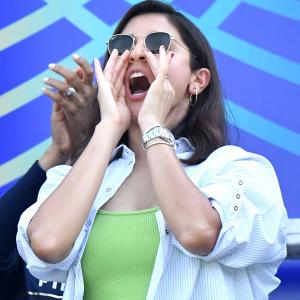 Anushka Cheers Her Lungs Out For Kohli