News
Business
Movies
Sports
Cricket
Get Ahead
Money Tips
Shopping
Sign in  |  Create a Rediffmail account
Rediff.com  » Sports » Maradona's 'Hand Of God' shirt could be yours 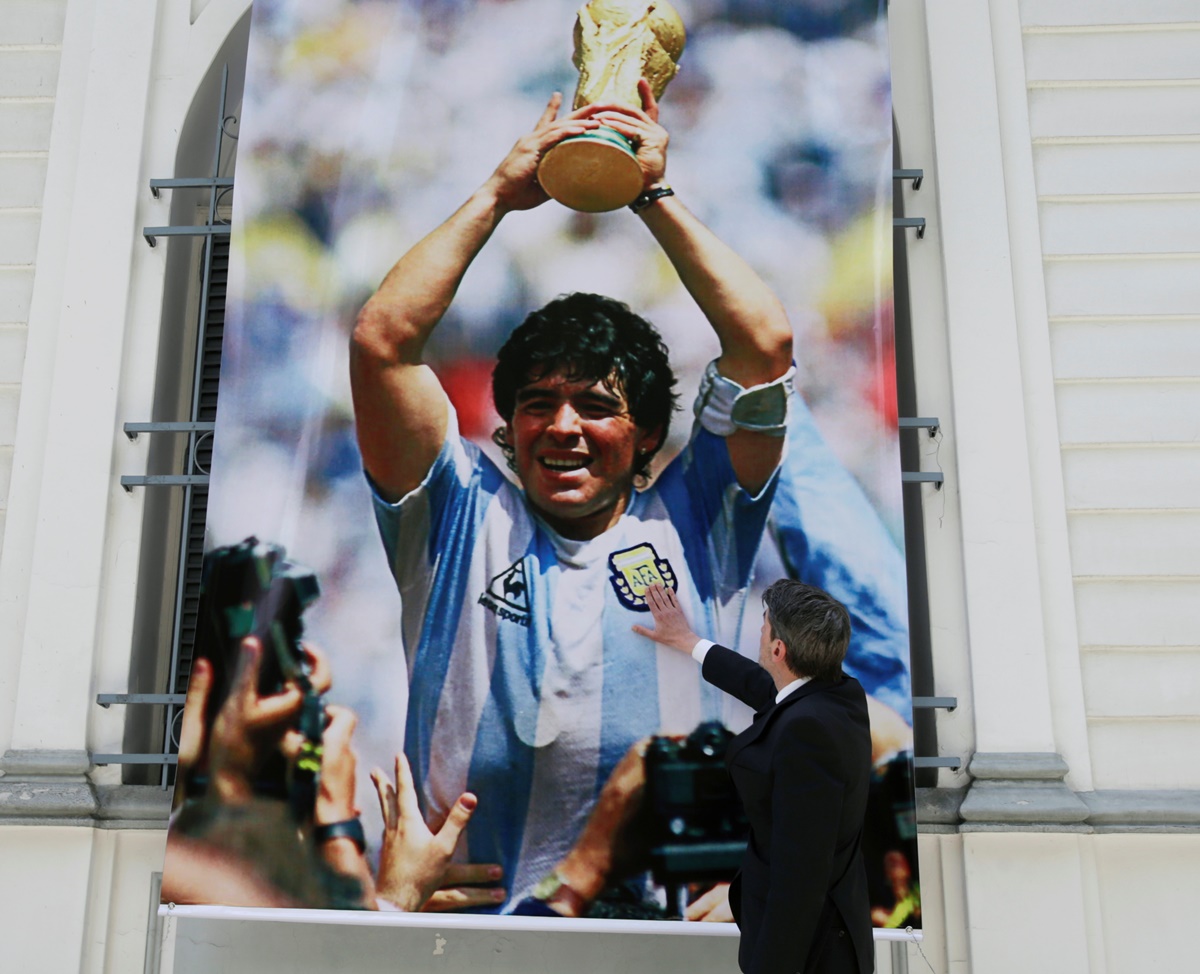 The shirt worn by Diego Maradona when he scored his famous "Hand Of God" goal against England at the 1986 World Cup in Mexico could be available for $2 million following the Argentine's death on Wednesday, says an American sports memorabilia expert.

The shirt is owned by former England player Steve Hodge, who got it from Maradona after the match in which his attempted back pass led to the controversial goal that helped dump England out of the tournament which Argentina went on to win in Mexico.

"I was walking down the tunnel and Maradona was coming in the opposite direction. I just tugged my shirt and we swapped there and then," Hodge, who had been delayed on leaving the pitch doing a TV interview, told British media.

The shirt is currently on display at England's National Football Museum in Manchester.

"It's very difficult to gauge (the value) with the "Hand Of God" jersey, but I know that the owner was looking for a $2 million private sale," David Amerman of Goldin Auction in New Jersey told Reuters. "It certainly could be a possibility, the values have jumped quite a bit in soccer."

Amerman's firm is currently involved in another auction together with Sotheby's called " A Century Of Champions," which features a Jules Rimet trophy which was presented to Pele by FIFA after he won his third World Cup with Brazil in 1970.

The trophy is expected to sell for up to $800,000 and that sum could be dwarfed if Hodge finds a buyer for the Maradona shirt or if he puts it up for auction, although the 58-year-old former midfielder may not quite reach his target price.

"It's very difficult to see how it would get to the two million dollar price, but I don't see why an individual who had the money wouldn't want something like that - you can't really put a number on it. If you find the right person in the right place, it's a realistic possibility," Amerman explained.

"Maradona's rookie soccer card, we recently sold a copy for $10,000. This is a card that was worth maybe a few hundred dollars just a few years ago, and that was before his death. I saw one yesterday online that they were asking $20,000 for."

But Amerman sounded a note of caution for those thinking of getting involved in the Maradona memorabilia market following the Argentine's death aged 60 after a heart attack.

"Right now we're definitely seeing increased action - I've already got inquiries from people who have purchased Maradona items on our site looking to sell them back in our next auction.

"We saw with the passing of Kobe Bryant this year... an immediate huge spike in his memorabilia... then it levels out because the market gets saturated..."

One man who won't be putting the shirt Maradona gave him on the open market is ex-Arsenal and Juventus player Liam Brady.

The former Ireland midfielder played against Maradona many times for club and country and the Argentine gave him an unusual number 17 shirt rather than his usual number 10 after a game in 1979.

"If it went to a private collector that really wanted it, if it was going to the right place and it was going to be appreciated, I would consider selling it, but I wouldn't put it on eBay or any of these auction rooms," he told Reuters.

"It has a huge amount of sentimental value."

© Copyright 2023 Reuters Limited. All rights reserved. Republication or redistribution of Reuters content, including by framing or similar means, is expressly prohibited without the prior written consent of Reuters. Reuters shall not be liable for any errors or delays in the content, or for any actions taken in reliance thereon.
Related News: Diego Armando Maradona, David Amerman, Steve Hodge, England, FIFA
COMMENT
Print this article 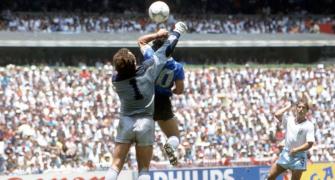 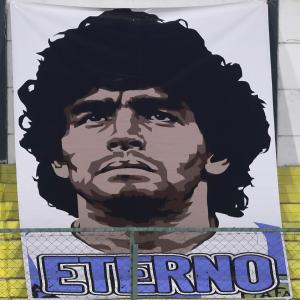 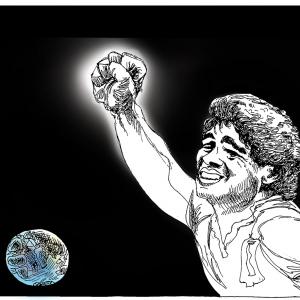