While Indian table tennis took giant strides in the year, a star too was born with Manika Batra pocketing as many as four medals including two historic gold medals at the 2018 Commonwealth Games. 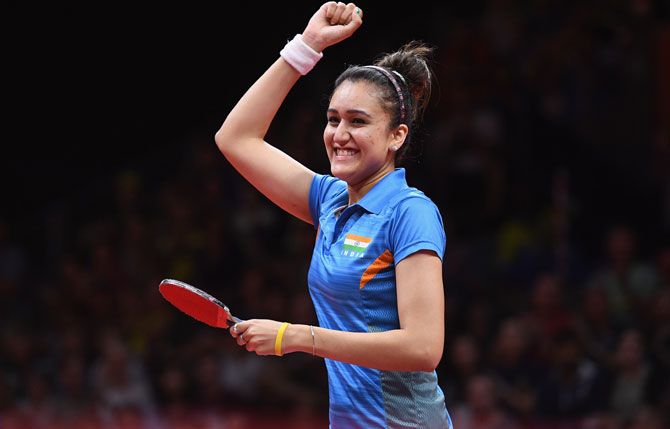 Indian table tennis earned the world's respect in a watershed 2018 when the country won a historic two medals at the Asian Games after Manika Batra's unprecedented showing at the Commonwealth Games.

"At the start of the year, if anyone would have said we will win one, let alone two medals at the Asian Games, I would have laughed it off. It has been that kind of year. Best ever year for me and best ever for Indian table tennis," the veteran said.

The Sharath-led men's team exceeded its own expectations by winning a bronze at the Asian Games in Jakarta after stunning the mighty Japan in the quarter-finals.

His younger team-mate Sathiyan Gnanasekaran delivered under pressure by winning both his singles against higher-ranked opponents.

The dream run did not end there as Sharath and Manika landed a mixed doubles bronze which has given them the belief that they are good enough to win an Olympic medal. 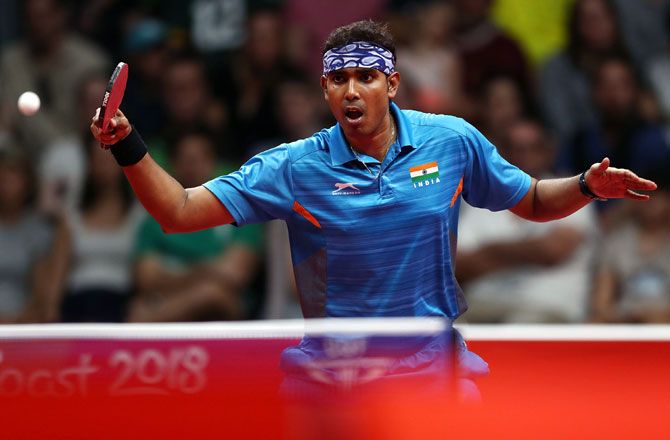 IMAGE: Sharath Kamal led men's team exceeded its own expectations by winning a bronze at the Asian Games in Jakarta. Photograph:Mark Metcalfe/Getty Images

To put the achievement in perspective, it was the first time that India returned home with an Asian Games medal ever since table tennis was introduced in the mega event's program in 1958. The stellar performance forced even the 'invincible' Chinese to take notice.

While the sport took giant strides, a star too was born with Manika pocketing as many as four medals including two historic gold medals in women's team and women's singles at the 2018 Commonwealth Games.

She beat the then World No. 4 and Olympic medallist, Feng Tianwei of Singapore, twice to step on the top of the podium. She later added a doubles silver and mixed doubles bronze to her kitty to become the most successful Indian athlete at the Gold Coast Games.

Considering the bar she has set for herself, the World No. 52 will have to keep improving to compete with the global best. It was only fitting that she ended the year by becoming the first Indian to win the Breakthrough Star award at the International Table Tennis Federation (ITTF) awards in Incheon.

Sharath and Sathiyan too ended 2018 on a high as they attained their best ever rankings. Sharath is 30th in the latest list and a place below him is Sathiyan.

"Considering the kind of year we have had, we have to keep performing to maintain the momentum we have got. It is all about preparing for the 2020 Olympics now. Our best chance is in mixed doubles and Manika and I have already planned the roadmap leading up to the Tokyo Games," said Sharath. 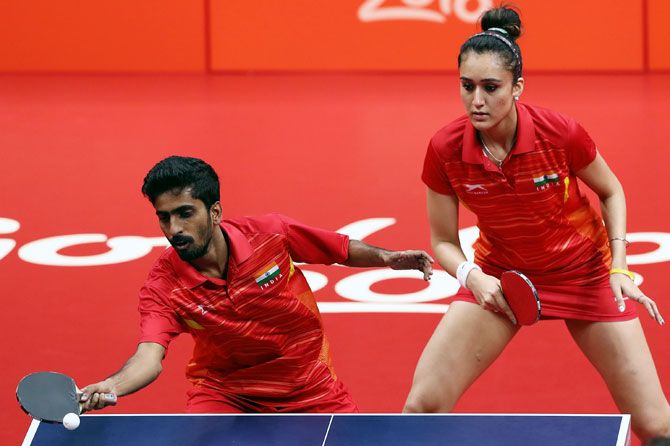 Next year will see the players featuring in 14 to 16 events as they aim for the Olympic qualification.

Italian coach Massimo Costantini, who guided India to a record showing in Asian Games and Commonwealth Games, has joined the ITTF and the players need a new coach at the earliest.

"While the TTFI is looking for the best available coach, we are losing momentum. 2019 is an important year ahead of the Olympics and whoever comes in will need at least three months to understand the Indian system. So, it is imperative that the coach is appointed as soon as possible," Sharath added.

While India can now aim for an Olympic medal, it got really close to winning one at the Youth Olympics in Argentina where the young Archana Kamath went down fighting in the bronze medal play-off.

Otherwise, it would have been another memorable moment in a truly historic year. 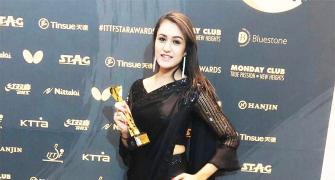 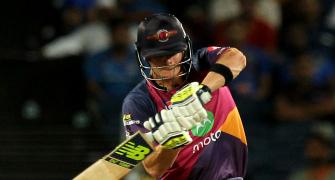 Banned Smith aims for strong comeback in IPL next year 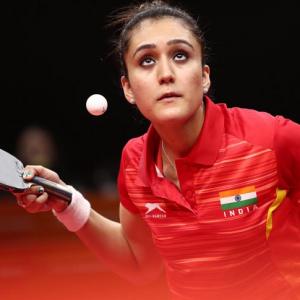