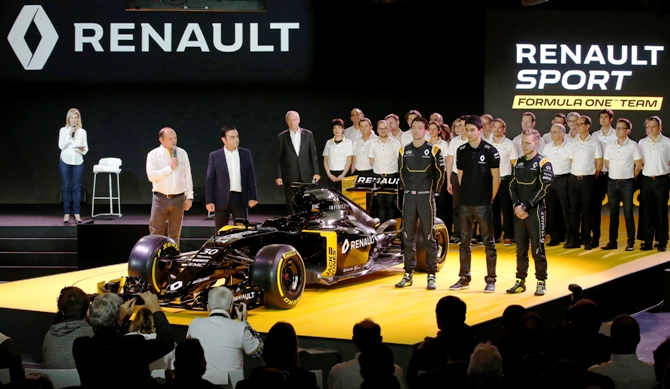 Renault announced the Formula One comeback of Danish driver Kevin Magnussen at the launch on Wednesday of a new-look team that will put the French carmaker back on the starting grid as a constructor.

Magnussen, whose F1 career appeared to have stalled after he spent last year on the sidelines and then got cast aside by McLaren, has replaced Pastor Maldonado after the Venezuelan's funding dried up.

He will partner British rookie Jolyon Palmer, whose signing was announced last year by the team when they were racing as Lotus F1. Frenchman Frederic Vasseur will run day-to-day operations as racing director.

Renault bought back the team, which they had sold at the end of 2009 after winning championships with Spaniard Fernando Alonso in 2005 and 2006, last December.

They will now compete under the Renault Sport Formula One name, with Renault branding prominent, along with that of the Infiniti luxury marque, which is part of the Renault-Nissan alliance.

"We are not here (just) to participate ... we are here to compete at the highest level and eventually win," Renault Chief Executive Carlos Ghosn told reporters at the company's Technocentre at Guyancourt outside Paris.

"It's not going to happen in 2016 ... it's going to take more time," Ghosn said. He set a target of podium appearances in the next three years.

He said Renault's strategic aim was to integrate Formula One into a new comprehensive motorsport programme to boost the image of the brand and establish clear synergies between sport and road cars.

Magnussen, 23, made an impressive debut with McLaren in 2014 when he took second place in his first race in Australia. But he had to drop back to a reserve role in 2015 when double champion Fernando Alonso arrived.

He was let go by McLaren in October, at a time when most teams had set their line-ups. The news came in an email that Magnussen got on his birthday.

Palmer was the 2014 champion in the GP2 feeder series and a regular in Friday practise as reserve driver last season, but Renault will still have one of the sport's least experienced line-ups when the season starts in Australia on March 20.

The British-based team, who finished sixth overall in 2015 after struggling financially, also announced a change of livery with the car presented in black and yellow colours.

Vasseur, who nurtured the budding talents of drivers like triple champion Lewis Hamilton when he ran the successful ART outfit in GP2, will run the team day to day.

Cyril Abiteboul, who was once principal of the now-defunct Caterham team, retains his previous job of managing director Renault Sport.

© Copyright 2021 Reuters Limited. All rights reserved. Republication or redistribution of Reuters content, including by framing or similar means, is expressly prohibited without the prior written consent of Reuters. Reuters shall not be liable for any errors or delays in the content, or for any actions taken in reliance thereon.
Related News: Renault, Kevin Magnussen, Jolyon Palmer, Carlos Ghosn, Fernando Alonso
SHARE THIS STORYCOMMENT
Print this article 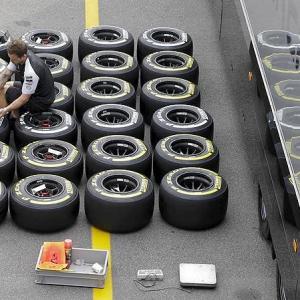